When has Freddy Krueger crossed over into Marvel?

Inspired by a recent question (https://scifi.stackexchange.com/q/126134/3804) I did a quick search to see if I could find instances of Freddy Kruger crossing over DC.

This proves difficult as Freddy Krueger comics (used to be?) owned by DC.

I did however find two instances of Krueger crossing over into marvel. 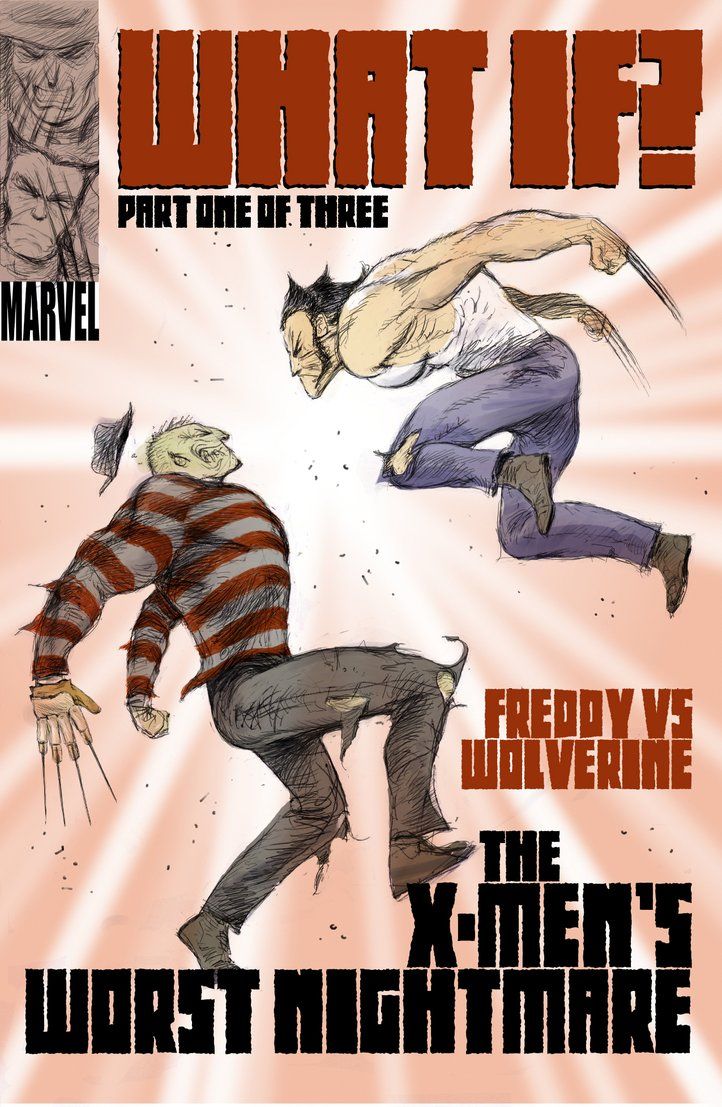 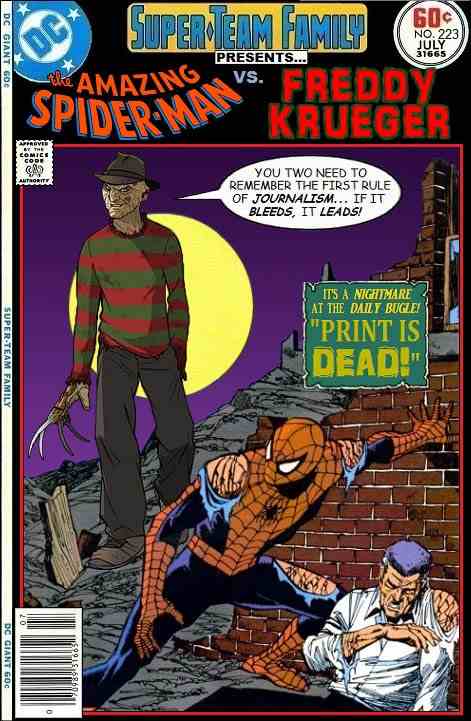 Which I'm more hopeful is genuine.

Is this the exhaustive list of Krueger Cross-overs into marvel?

Both the comics you found are fan art.

The first comes from Deviant Art and the second comes from a blog that specializes in fake crossover comics..

There were two issues of a Nightmare on Elm Street comic series published by Marvel, but they did not crossover into the mainstream Marvel universe, or feature any previously existing Marvel characters.

In 1989, Marvel Comics released Freddy Krueger's A Nightmare on Elm Street. The black and white comic book was published in a magazine-sized format. The first and only storyline was the two part "Dreamstalker" written by Steve Gerber with art by Rich Buckler. Other than the inclusion of the characters Amanda and Freddy Krueger and the fictional town of Springwood, Ohio, the story does not fit seamlessly into the continuity of the films and even contradicts the film continuity in several places. The series immediately proved to be Marvel's top selling black and white magazine, even outselling the long running Savage Sword of Conan magazine, but despite distributors soliciting the title through the fifth issue, Marvel quietly canceled the title after only two issues had been released. New stories had been written and submitted by Buzz Dixon and Peter David. Speculation arose that, despite Marvel clearly labeling the book as a mature readers title, Freddy Krueger's A Nightmare on Elm Street could have caused image problems for the publisher who generally catered to younger readers. In 1990, Steve Gerber told Reading For Pleasure that Marvel had canceled the book in anticipation of pressure from various anti-violence advocate groups that were actively protesting violent media in the late 1980s and early 1990s. In the October 6, 1989 issue of the Comics Buyer's Guide, Peter David claimed that, while he originally felt that the story he had submitted for the series was like nothing else that he had ever written, in retrospect, he was no longer happy with it and was somewhat glad that it had never been published.

After that, the rights went to various other comic companies.

Not the answer you're looking for? Browse other questions tagged marvel comics dc crossovers freddy-krueger or ask your own question.

5
When and why did Marvel Comics start using many more crossovers?
8
Has any Marvel superhero crossed into the Star Wars universe
29
Has any Marvel or DC comic ever shown graphic nudity?
12
When has Wonder Woman died?
7
When has Captain Marvel previously listened to Nirvana?
46
What Marvel character has this 'W' symbol?
6
When did Gwenpool meet Ms. Marvel?