What were the titles of the seventeen DVDs owned by Sally Sparrow?

In the "Blink" episode (Season 3, episode 10), Sally learns that the Doctor is attempting to communicate with her through hidden messages called "Easter Eggs" within seventeen separate DVDs. Larry, the owner of the DVD shop explains that there are seventeen DVDs and compiles a list containing the titles:

When Sally gets to the DVD shop, she goes into the back to find Larry. She sees the man with glasses who gave her the blinking warning on a TV. Larry explains that the man is an Easter egg found on seventeen DVDs and no one, not even the manufacturers or the publishers, knows how it got there. As they are talking, the DVD keeps un-pausing itself, and the man with glasses says random phrases, one of which shockingly fits with something Sally commented. In the end, Larry gives her a list of the seventeen DVDs that have the Easter egg on them.

Sally realizes what all seventeen of the DVDs have in common:

After the rain has stopped, Sally calls Larry. She has realised what the DVDs on "the list" all have in common: they are all owned by her; specifically they are the only DVDs that she owns, which means that the Easter egg is meant for her. She asks him to bring a portable DVD player to the old house.

Is there any evidence explaining what the titles of the DVDs were?

We never see the list, however when the pile of DVD is shown in front of the player, it's possible to discern some of the titles.

Assuming these are indeed the DVDs that have the 'Easter Egg' on them, Sally's collection includes; Breakfast in the Rain, Dance of Days, Civilisation Zero, Angel Smile, Falling Star, One Oak Country, My Best Friend's Boyfriend, Mean Teens and Shooting the Sun. 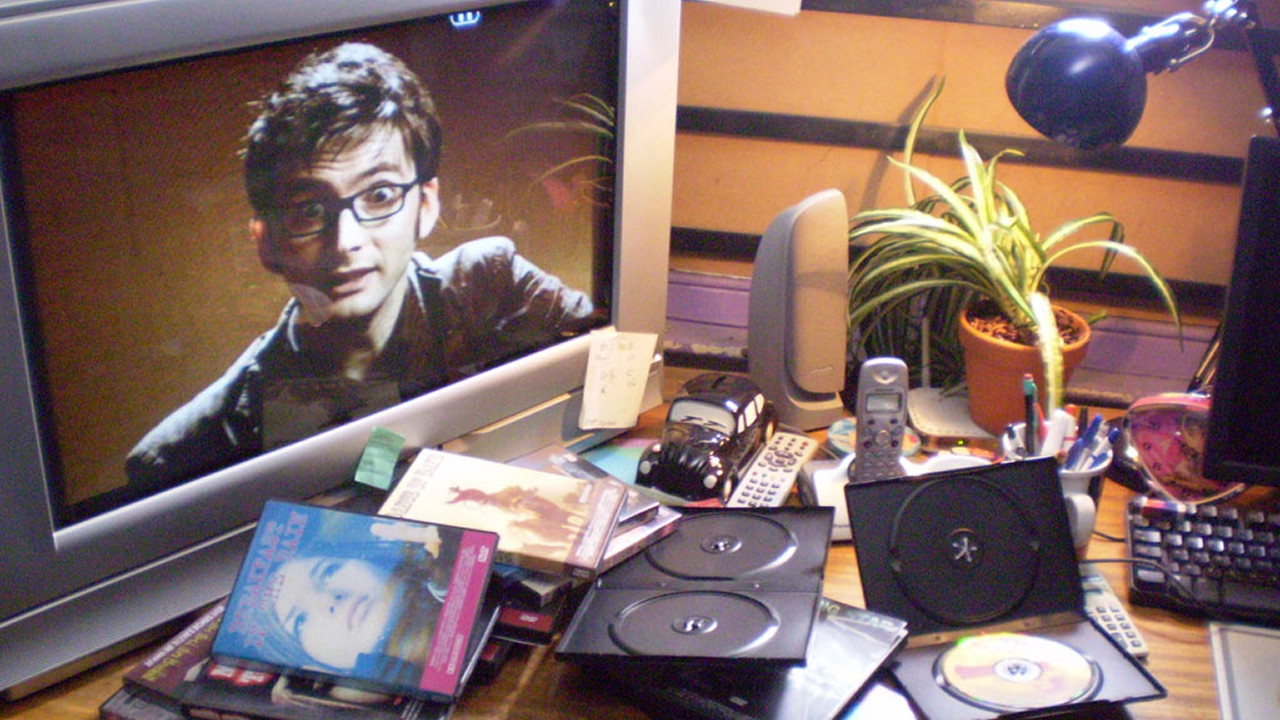 Note that all of these are fake titles that were created specifically for the episode, along with fake DVD art.

13
Who played the Airperson who was verbally shoved aside by McKay in "The Intruder"?
0
Which is the first scene in "Matrix" where the brand "Nokia" appears?