What is the earliest instance of a motor powered flying vehicle?

We've seen flying cars recently in Harry Potter (flying bikes there too), Back to the Future (and a flying train) and going back to Chitty Bang-Bang.

I'm wondering what the earliest instance of a flying car (being a motor powered vehicle, rather than a cart (or chariot) with flying horses, so Apollo and Greek mythology don't count) in either book or film.

The french painter Albert Robida drew many pictures of the future (from the perspective of about 1900). Some of them had mechanical flying cars. 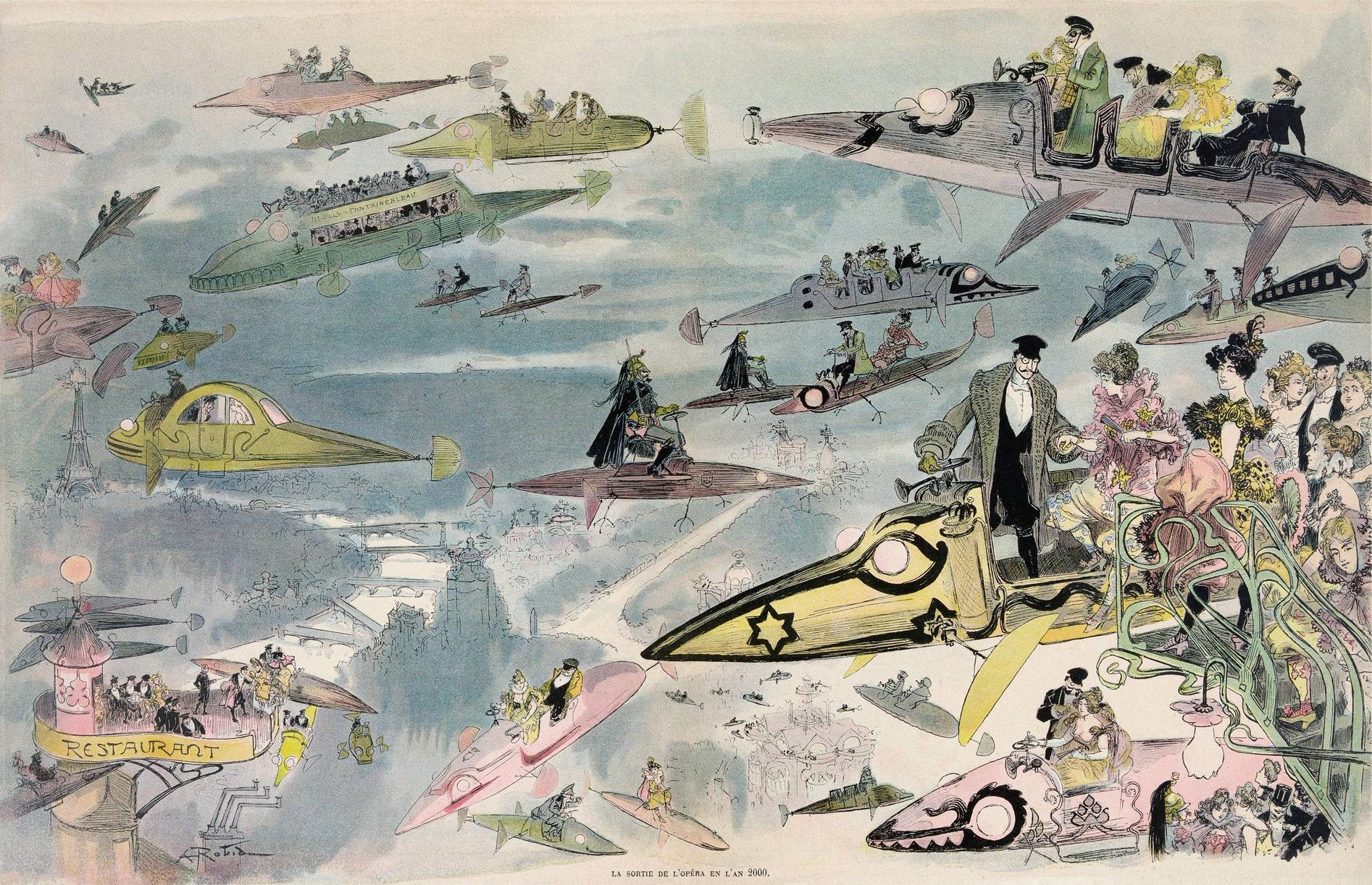 There is a good article about him on mashable

However these seem to be flying machines that are used in similar ways to cars are now, rather than a normal car that flies. I am not quite sure which your question is asking about.

The Vimanas of the ancient Sanskrit epics and Hindu texts are flying cars.

They are distinct from the horse drawn Vedas

They are described in the Ramayana which the earliest complete version can be dated to the 11th century CE (though fragments are dated as early as 6th century CE).

"The Pushpaka Vimana that resembles the Sun and belongs to my brother was brought by the powerful Ravana; that aerial and excellent Vimana going everywhere at will ... that chariot resembling a bright cloud in the sky ... and the King [Rama] got in, and the excellent chariot at the command of the Raghira, rose up into the higher atmosphere.'"

It is the first flying vimana mentioned in existing Hindu mythology texts (as distinct from the gods' flying horse-drawn chariots).

There has, of course, been much speculation about their meaning. I admit this answer is a bit out of the box and doesn't demand a mechanically motorized car. But it certainly is the oldest possible description I know of.

Not the answer you're looking for? Browse other questions tagged history-of vehicles or ask your own question.

115
What was the first Sci-Fi work to feature a spaceship?
47
What is the science-fiction tradition of flying cars having their wheels turned sideways?