If Thor does not hold Mjolnir, but he is worthy, does he possess the power of Thor?

If you are not Thor, but are worthy and hold his hammer, Mjolnir, then you shall wield the power of Thor.

But if you are Thor, and are worthy, but do not hold Mjolnir, then do you still possess the power of Thor?

Of course. Unless Thor is currently unable to reach Mjolnir, or he decides to lend Mjolnir to someone else, he will still retain the power of Thor, because he IS Thor. More importantly, the power is additive, adding itself to the powers of the person using it, making them even MORE powerful. 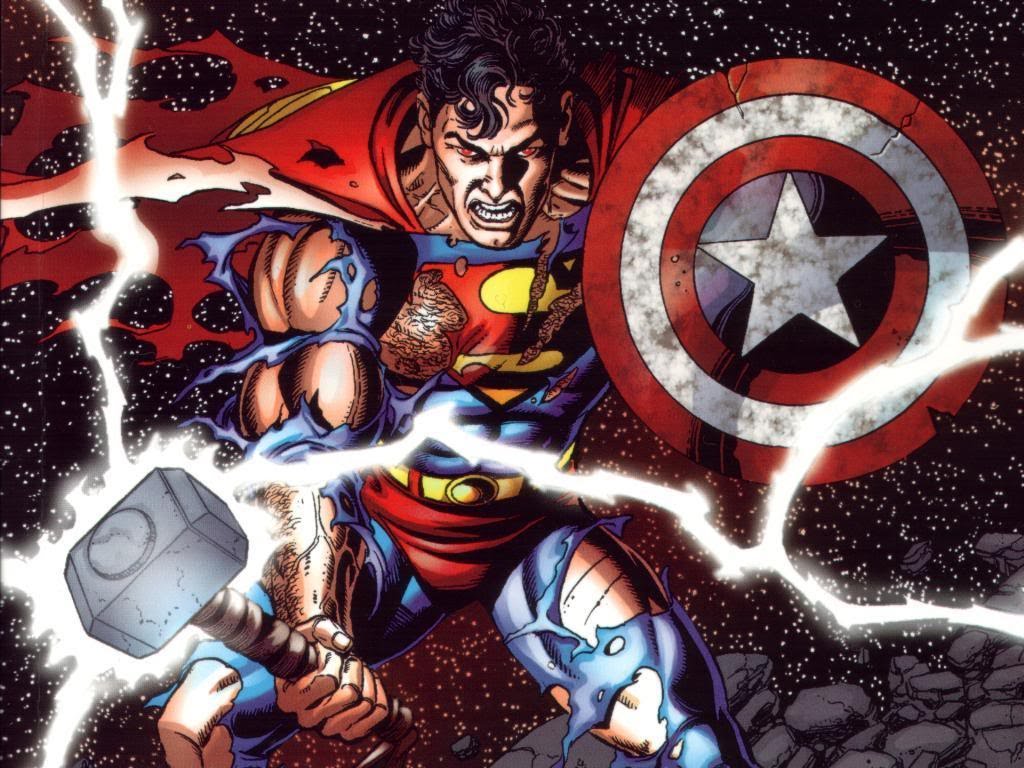 This is a complex topic because the power of Thor came in a variety of flavors depending on when you meet the God of Thunder:

In Thor's youth he was strong and tough and fought against the enemies of Asgard with sword and shield. Later when Odin wanted Thor to take on more responsibility, he gave him the warhammer, Mjolnir. In the Marvel universe, Mjolnir was a gift that Odin reserved the right to revoke its capabilities to Thor as HE saw fit. 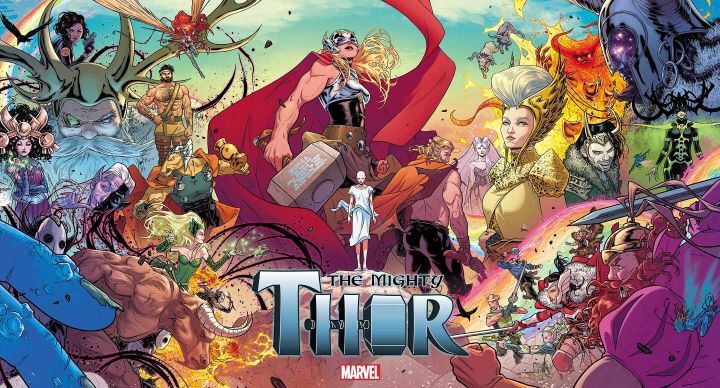 Thor Odinson, who currently isn't wielding Mjolnir, is no longer under a limiting enchantment, so he is able to retain his incredible strength, resilience and durability that is his as a son of Odin and Jord. He makes use of a mighty axe, Jarnbjorn and has a nigh-invulnerable metallic arm made of Uru.

There have been more than one instance where Thor is unable to reach his hammer, needed the help of another hero (Steve Rogers, as the Captain) who was able to partake of the power of Thor, particularly superhuman strength, while NOT taking away any of Thor's abilities from him during this temporary transfer of power.

As shown in this image of the Captain (Steve Rogers) using Mjolnir, he is using it because Thor is under duress. They are battling Grog and the Demons of Death. Thor is unable to summon Mjolnir to him. The Captain decides he should try and return Mjolnir to Thor, but knows normally no one can lift it. But he decides he has to try. [From Thor #390, 1988] 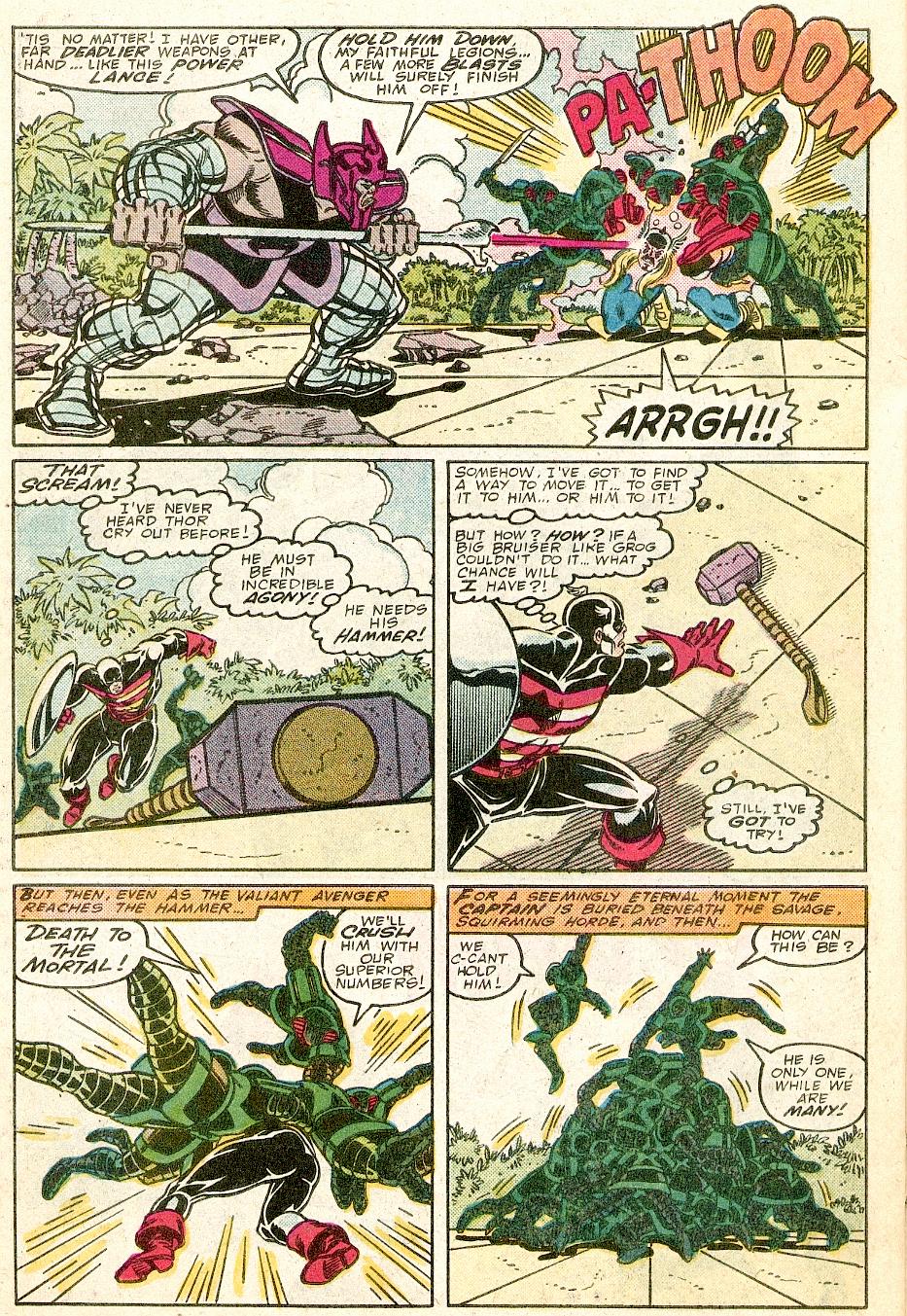 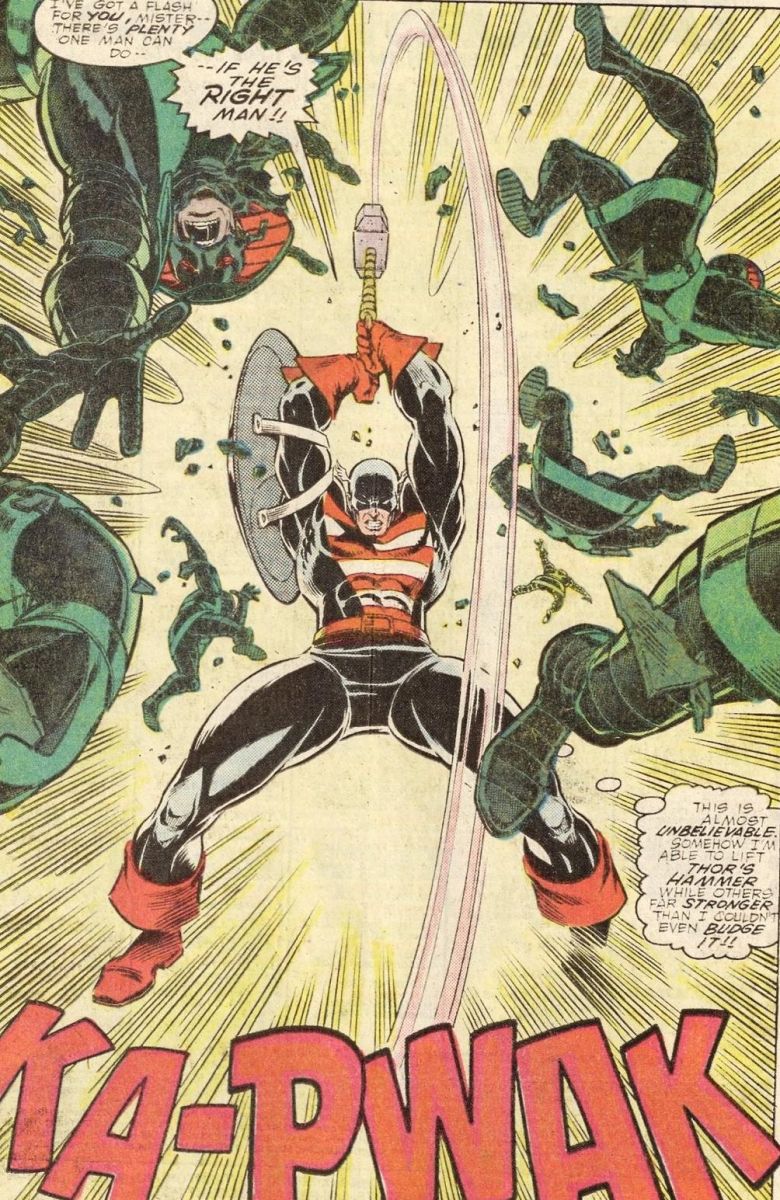 In this moment of extreme crisis, the Captain "levels up" in the worthiness quotient because Thor is unable to help himself and only with help will he be able to fight his way free. Steve Rogers IS worthy, but it is because in this instance he sacrifices himself as a warrior should, does he become warrior enough, and worthy enough, to wield Mjolnir and its power for even a moment. He does the right thing immediately after that and throws Mjolnir to its rightful owner.

For the record, Steve Rogers will wield the power of Thor during the 'Fear Itself' saga, but again Thor is "in extremis" and the Captain is wielding the hammer in order to bring the battle to the enemy and return the hammer to Thor. In both cases, Thor is temporarily incapacitated.

Prior to the spell cast on Mjolnir, did Thor control lightning on his own?

The current answer is from a comics perspective but this is tagged with the MCU tag and as of Thor: Ragnarok we have an explicit answer for this. In short yes you will still have the power of Thor. We see this a few times in the film, first when Thor and Hulk are fighting on Sakaar. But the best moment is probably the final fight montage on the Rainbow Bridge. It is worth noting that at this moment in time Mjolnir is destroyed.

And of course Odin even states as such that Mjolnir was only there to help Thor focus his powers.

Odin: Are you Thor, God of Hammers? That hammer helped you control your power, focus it. But it was never the source of your strength.

The Answer is: Of Course, YES Thor, as the god of thunder, isn't dependent on his mighty hammer - Mjölnir. Thor has bunch of powers duo to Mjölnir, but he can still control weather, manipulate lightning and etc. Jason Aaron's Unworthy Thor run showed Thor can still do it. In his fellow times, when he didn't have mjolnir, he was still able to use his godly powers. For further information, you can read "The Unworthy Thor" comic. I know he is Unworthy there; but I don't think that'd make a difference.

Not the answer you're looking for? Browse other questions tagged marvel marvel-cinematic-universe thor-marvel mjolnir or ask your own question.

7
Prior to the spell cast on Mjolnir, did Thor control lightning on his own?

8
What does the inscription on Mjolnir exactly mean?
16
Does being worthy negate the weight of Mjolnir?
23
Is "if he be worthy" in Mjolnir's spell gender-sensitive?
6
You can't wield Mjolnir unless you're worthy, but has anyone ever stopped Thor from wielding it?
11
Thor: Which was named first, the power or the demigod?
82
Why was Thor worthy to lift Mjolnir?