How many times has the Doctor worn this orange spacesuit?

In the TV series Doctor Who, there's a particular orange spacesuit that the Doctor pops up wearing time and time again, often in 'base under siege' episodes. This isn't restricted to one regeneration of the Doctor or one showrunner; see the following pictures from The Satan Pit (Series 2), The Waters of Mars (2008-10 specials), and Kill the Moon (Series 8) respectively: 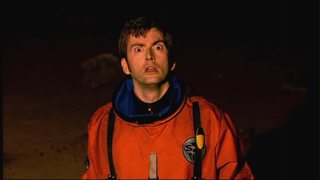 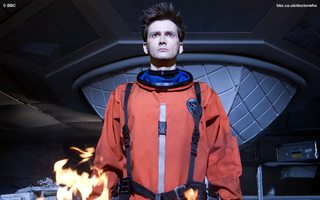 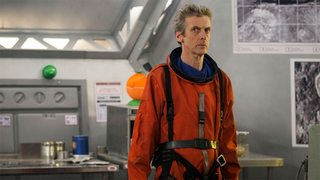 In how many episodes has he used this same spacesuit?

Could they be the same one in-universe (perhaps the spacesuit he keeps somewhere in the TARDIS for whenever he has to go out onto a planet with no atmosphere), or must they be different items (but perhaps produced in the same factory)?

Or four/five, if you want to count two-parters as one episode.

The Tenth Doctor wears a bright orange spacesuit on one other occasion: the episode "42"; it's hard to tell if the suits are the same: 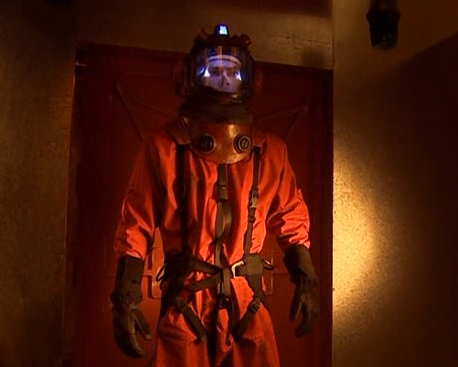 They do appear substantially similar, but the helmet is different and we can't see the Starbase 6 insignia. YMMV. 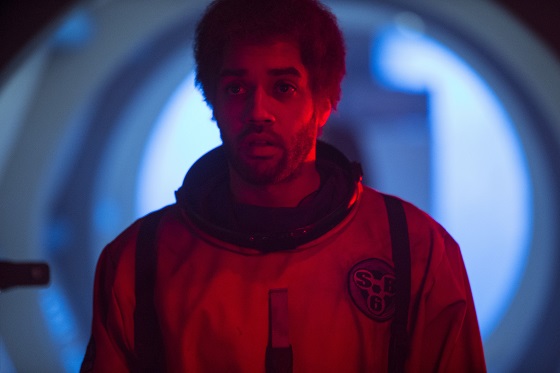 Not the answer you're looking for? Browse other questions tagged doctor-who clothing or ask your own question.

22
Why internal lights on space helmets?

7
How many weddings has the Doctor had?
21
When do phone calls to the TARDIS come through?
8
How many times can Capaldi's Doctor regenerate, post-S9E2?
6
How many times has the Doctor been to "the end of the universe"?
5
Why were Series 6 and 7 split into two parts?
7
Was Clara's "I love you" directed at the Doctor?
3
Do we know how this character is alive?