What is the origin of Darth Vader's face scar?

At the end of Return of the Jedi, when Luke takes Vader's helmet off, Vader has a big scar across his face, and, if I remember correctly (please correct me if I am wrong), Vader never got that scar when battling Obi-Wan at the end of Episode III.

So what battle did he get this scar in? Someone must have been a challenge for Vader sometime or other?

Fortunately, they paid attention to those details when they filmed Revenge of the Sith.

As a reference, here is a screen shot of Vader in the Return Of The Jedi unmasking scene. You can see two big scars, one on the top of his head and one under his eye. 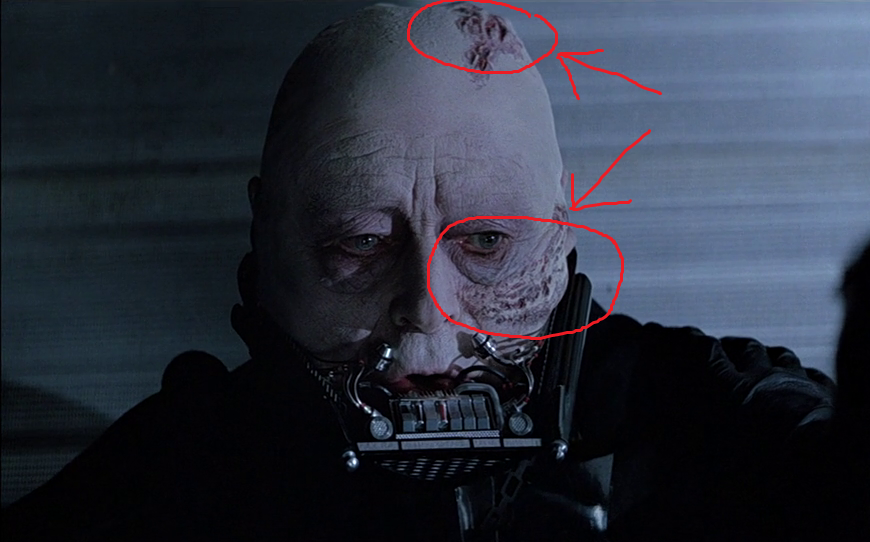 And here is a screenshot of Vader as he was burning. There are other frames where you see his face, but I chose this one because you could see the scar on the top of his head.

Finally, when he is rebuilt, you can see the scar under his eyes: 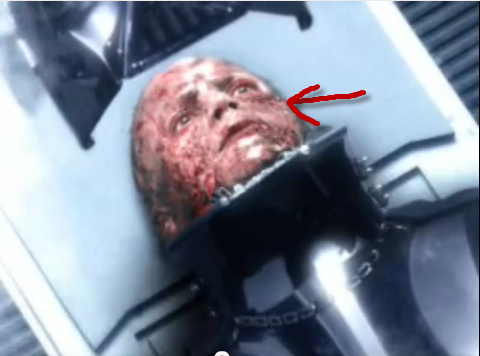 George Lucas was asked this question during the filming of 'Revenge of the Sith'. Suffice to say, his answer was neither illuminating, nor especially meaningful.

"So how did Anakin get that scar, George?" asks John Knoll.

"I don't know. Ask Howard," says George, referring to President of Lucas Licensing Howard Roffman. "That's one of those things that happens in the novels between the movies. I just put it there. He has to explain how it got there. I think Anakin got it slipping in the bathtub, but of course, he's not going to tell anybody that."

The book that he's referring to is 'The Rise and Fall of Darth Vader' which informs us that his scar was received during a duel with Asajj Ventress.

Lethal droids were not the only adversaries to the Jedi, as Count Dooku had recruited such deadly beings as the Sith aspirant Asajj Ventress and the nearly indestructible Gen'Dai bounty hunter, Durge, to fight on his behalf. Dooku himself had trained Ventress in the art of lightsaber combat, but often ridiculed her preference to wield two lightsabers at the same time. Anakin nearly defeated Ventress on the fourth moon of the gas giant Yavin. One of their duels, in the industrial sector of Coruscant, left him with a deep scar on the right side of his face.

The Rise and Fall of Darth Vader

We actually get to see this event in the comic serial Republic 71: Dreadnaughts of Rendili, Part 3 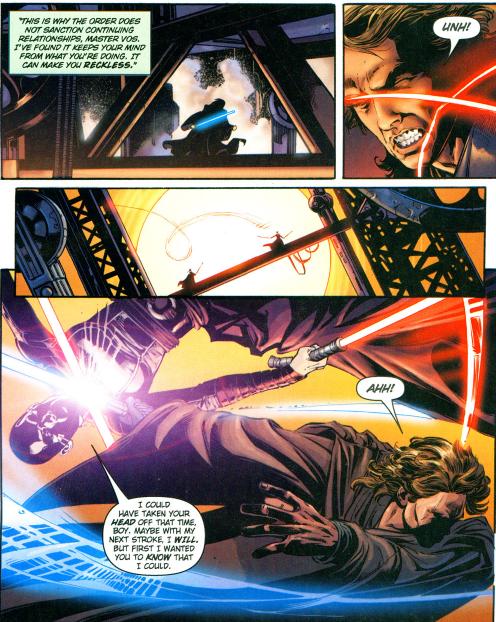 I read in one of the Expanded Universe novels that the scarring on Vader's face in his final moments were due to his use of the dark side. It was mentioned that the dark side of the force can physically corrupt a person, and that Emperor Palpatine appeared much older than he actually was due to his extended use of the dark side. This is further supported by the Dark Empire graphic novel which explains the Emperor needed a series of clones because the bodies could only support the use of dark energy for so long.

In The Rebels animated series, we see

Ahsoka damaging Darth Vader's helmet with her lightsaber, which gives enough opening for her to recognise him as Anakin Skywalker, her former Jedi master

It is possible that one of the scars could be caused by this hit. However, the accepted answer seems to be solid enough.

His whole body was burning when Daddy Sidious found him on Mustafar. The most likely explanation is that the bots couldn't stitch him together better than that. There were no threats to Vader after his defeat by Obi-Wan and before Luke confronted him on Death Star II.

The scars on his head were from the burning on Mustafar. I think the answer on the overuse of the dark side is pretty interesting. But i know it isnt true according to those scenes in the movies showing those same scars.

drew12345drew12345
1
1
Add a comment  |
Highly active question. Earn 10 reputation (not counting the association bonus) in order to answer this question. The reputation requirement helps protect this question from spam and non-answer activity.

4
Why did Anakin keep his eye scar when Luke got completely healed of much deeper scars from the Wampa?

63
The use of 'Darth' as Vader's name, not title, in Star Wars
12
Could Kylo Ren's lightsaber contain the Kyber crystal from Vader's lightsaber?
12
How did Kylo Ren know how to obtain Darth Vader's helmet/skull?
71
Was Luke in “Return of the Jedi” really “better” than Obi Wan in “Revenge of the Sith?”
49
At the end of Return of the Jedi, did Darth Vader learn that Princess Leia was his daughter?
3
Why is part of Darth Vader's breather missing after he is unmasked in Return of the Jedi?
5
Did Vader know Luke was continuing to talk to Obi-Wan after he was killed?
15
Why did Vader openly talk about Obi-Wan being his master?