Were the flags outside Maz's temple changed for a reason?

Attached are two pictures, one from the trailer, one from the BD release. It shows that the flags outside if Maz's temple have changed, specifically ones from the prequels.

Extended Question: What are Disney's long term plans for the pre-OT time frame? We've already started with Rogue One happening before the OT, but after the prequels. Is there a possibility that Disney could reboot the prequels with new actors, screenplays, directors, stories, etc? Speaking of, what are Disney's rights with the existing properties? 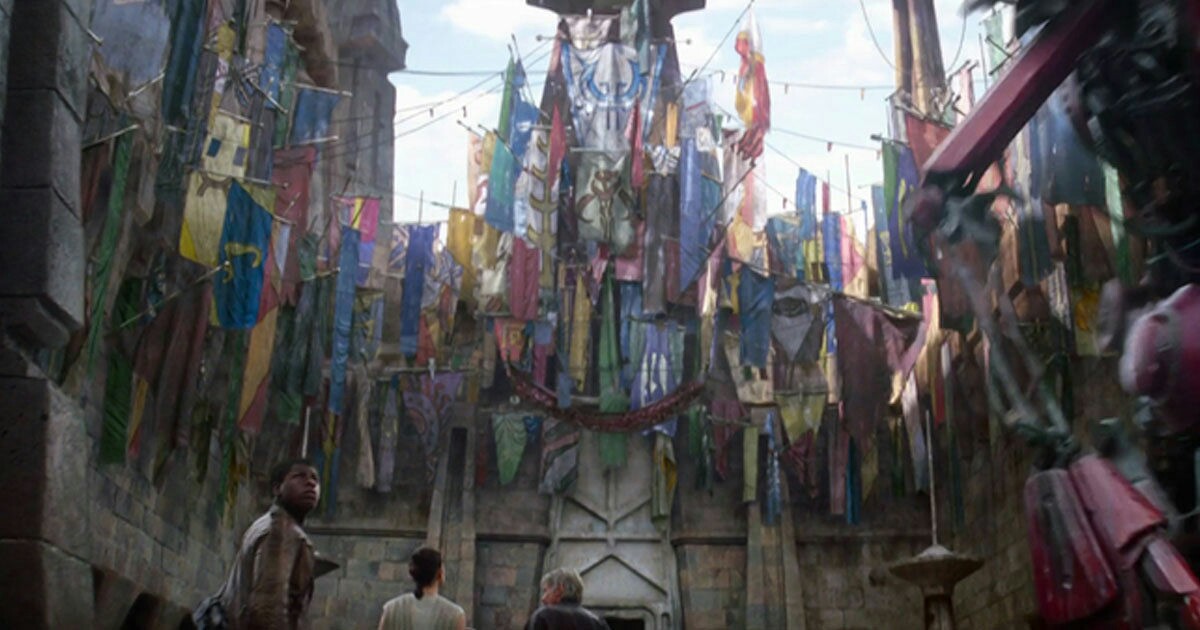 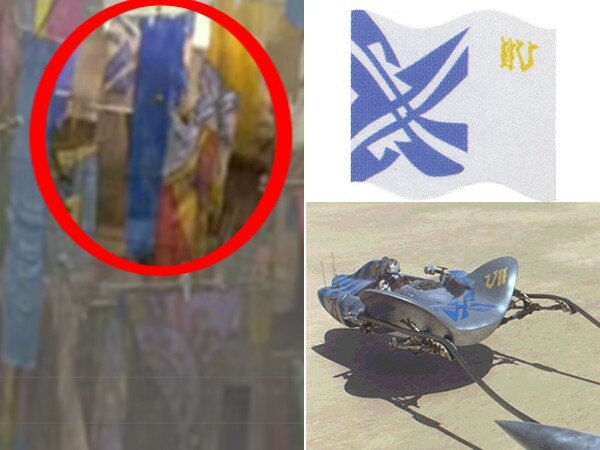 The flags were changed at the insistence of JJ Abrams because he wanted to divorce his film (as much as possible) from the Prequel trilogy.

Abrams, fresh from his speech about the importance of details, sits at the center of the editing room, at a computer set-up that allows him to draw with a stylus on images on the big screen in front of him, doodling on his own movie – at one point, he jokingly draws a Coors logo on a snowy mountain. Effects supervisor Roger Guyett and Kennedy are on a conference call from London, watching the footage, and Abrams' scrawls, on their own screens.

They begin by reviewing a shot shown in the trailer, where dozens of flags appear on a castle that belongs to Maz Kanata, a mysterious little goggle-wearing creature, played by Lupita Nyong'o (12 Years a Slave) via motion-capture and CGI. The flags are designed to drive superfans nuts with references to the earlier movies, but Abrams tells Guyett that too many of them allude to the first of Lucas' prequels: "I don't want to be too about podracers," he says. "I'd rather come up with our stuff." - Rolling Stone Interview

As to why they were included in the first place, the simplest answer seems to be that LucasFilm brought a large number of props with them to decorate the castle. This included the flags from the original films.

Not the answer you're looking for? Browse other questions tagged star-wars the-force-awakens retcon or ask your own question.

4
Was pod racing banned by the Empire?

19
Which predictions of the Force Awakens: Darths & Droids Bingo were correct?
17
Is there a compelling plot reason for the map to point to Luke instead of the Jedi Temple?
11
Who opened the door in Maz's castle?
8
What did Kylo Ren use to ‘drive’ his Force activity?
20
Why was the colour of Luke's lightsaber changed from blue to green between the trailer and the release of Return of the Jedi?
34
Does this cut material from Rogue One still appear in the novelisation?
58
In The Last Jedi, how was this character filmed?
41
What do the flags at the pod races represent?
31
What is the reason for the adornments hidden under the dome of the hemispherical droid prop from A New Hope?