Robots have taken over the world, and there is a small group of dedicated Fighters who are fighting them. All they have is small arms, like pistols and rifles.

Very gritty, similar to The Terminator movie but it all happened in the future time where the robots were hunting the last humans. Very post-apocalyptic.

If I remember correctly, the robot fortresses looked like little metal pyramids from afar.

Just like andrewsi (see comment below the original question), my instant reaction to the question is Captain Power and the Soldiers of the Future, a partly live-action / partly CGI-animated, post-apocalyptic 1987-1988 Canadian television series that also aired in the US.

The relevant plot points are: 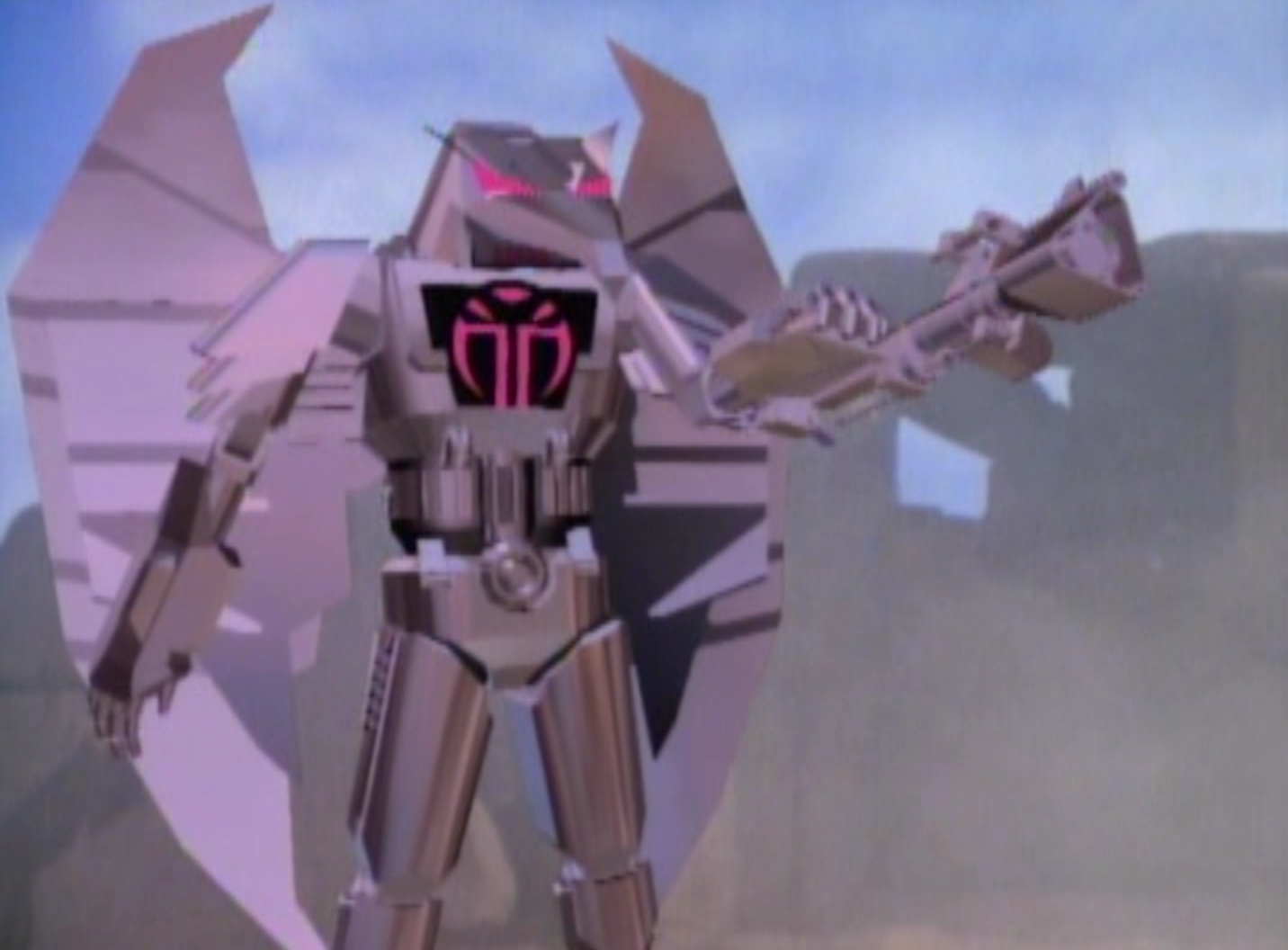 Finally, you can see the pyramid-like fortress of Lord Dread at 00:30 in the show's intro sequence:

Interesting Side Notes: J. Michael Straczynski (of Babylon 5 fame) was a writer for the series, and the show featured semi-interactive elements that responded to toys released in conjunction with the show. Also, costumes from Captain Power were recycled and used for the Borg on TNG....

Not the answer you're looking for? Browse other questions tagged story-identification robots post-apocalyptic or ask your own question.