What is the first story with a magical Taco?

Being inspired by Cinco de Mayo and the recent in-flux of history-of questions...

Certainly. "The Poke of Zorro", in The Simpsons episode, "E-I-E-I-(Annoyed Grunt)" aired in November 7, 1999, features a magic taco voiced by James Earl Jones. This is the earliest citation I've found so far of a magic taco.

Admittedly, as far as I can tell, this only shows up in the fake credits for the movie, but it is a story, albeit a story-in-a-story. 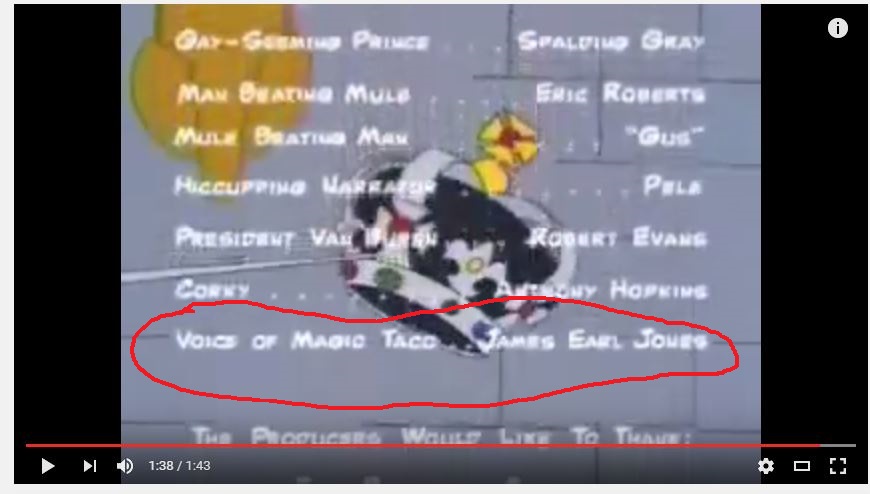 Earliest I've found for a magical taco appearing is 2009, Plants vs. Zombies, where the magic taco is an item that drives a quest:

The Magic Taco is obtained at the end of Level 4-4 in Adventure Mode on the first time it is completed. After the level, Crazy Dave will take the Magic Taco and give a diamond in return. He will also show the player new items at his shop, such as the Gloom-shroom and Cattail. In the iOS and Android versions, the player gets bacon in a similar manner on Level 3-4.

Moreso in the sequel:

The Magic Taco plays a pivotal role in this game. When the player obtains hot sauce after completing Player's House - Day 4, it is revealed that Crazy Dave saved the Magic Taco from the events of the first game. After eating the Magic Taco, Crazy Dave then decides to go back in time so he can eat it again, but "accidentally" ends up in Ancient Egypt. The Magic Taco is the main plot point for the game, as the player travels through different time periods to try and find it. After Modern Day - Day 34, Dr. Zomboss tells Crazy Dave that it is impossible to re-eat a taco, but offers Crazy Dave a "Taco with a Waffle in it" instead.

Not the answer you're looking for? Browse other questions tagged history-of magical-items food or ask your own question.