What can Captain America survive?

Although Captain America is often described as not being superhuman, he can clearly survive things that a regular human wouldn't, such as being frozen in ice for seventy years.

I'd like to understand how severe of an injury he can survive.

I'm not limiting this to any particular continuity, as long as it's an official Marvel property.

In the Civil War arc in the comics, Steve Rogers/Captain America was killed by a sniper named Crossbones, so we know that bullets can kill him. 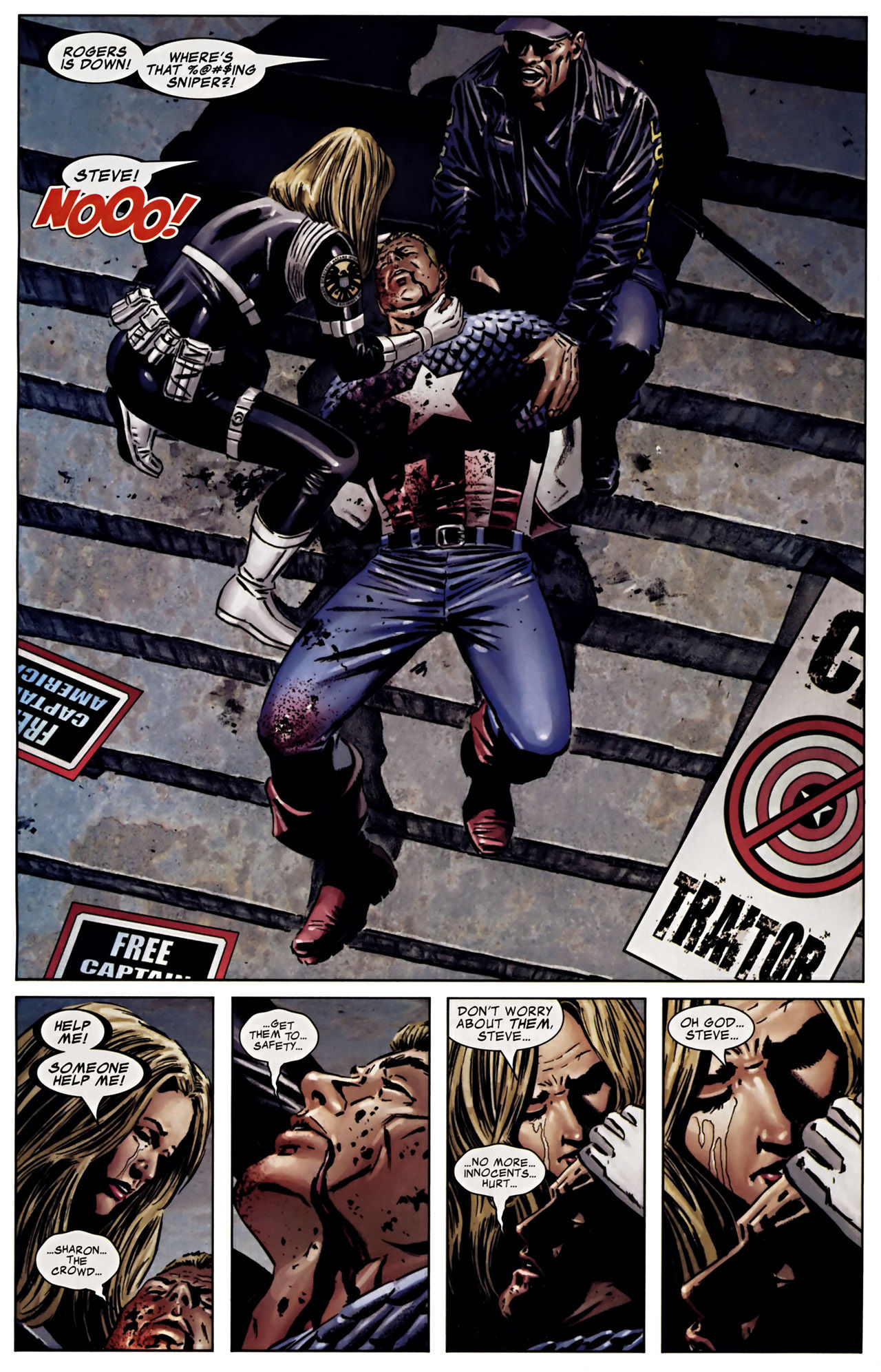 To my knoweledge, the worst "injury" that Steve Rogers suffered in the comics was when he was forced to temporarily retire (allowing Sam Wilson to become Captain America for a while) because the Iron Nail had drained the super-soldier serum from his body. Even that he managed to recover from eventually.