If Steve Rogers wasn't so weak, could Cap be even stronger?

I have seen a fair amount of discussion on whether or not Captain American needs to exercise or if he is a superhuman, which got me wondering. If Steve Rogers weren't so weak prior to the SSS (Super Soldier Serum), would he be stronger post SSS?

This question looks like it may invite some opinions and discussion, but I am looking for something explicitly supported in the comics. Something along the lines of a What-If or examples of other SSS projects who were stonger than Steve before AND stronger than Cap after SSS will be accepted in lieu of explicit support (because I doubt it is out there).

If the comic universe is any indicator, the answer would likely be: the initial size of the person doesn't appear to matter. The original formula appears to maximize the person's physical metrics to somewhere near a specified maximum. It is unclear if the nature of the serum encodes a specific height/weight maximum as part of the process.

All we are ever certain of is the Super Soldier Serum creates the Perfect Human. A being whose:

If Captain America and Bucky Barnes (the Winter Soldier) are any indication, Bucky was larger than Cap before Steve Rogers introduction to the serum:(remember he rescues Rogers who was currently pre-treatment, from a fight in the alley). Unbeknownst to anyone, Bucky had already been treated with a variation of the supersoldier serum in 1943. 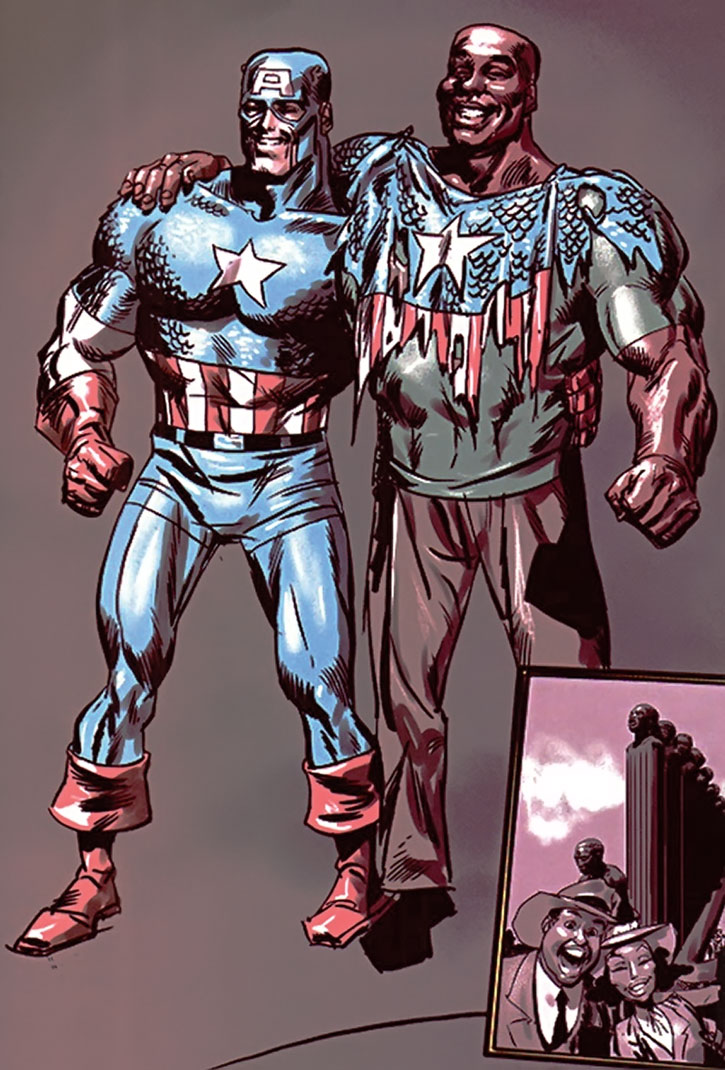 Additionally, Isaiah Bradley, another early experiment with the super-soldier serum used BEFORE Cap was given the treatment left him approximately the same size and weight as Captain America.