Was the use of Klingon ships by Romulans ever given an off screen explanation?

I DO NOT want any in-universe explanations or answers for this. I'm interested, strictly, in the decisions made by the producers.

In The Enterprise Incident we see Romulans using Klingon ships (or Klingon designs for their own ships). It's the first reference we witness of any connection between Romulans and Klingons.

This is explained with one throw-away line, when Spock says, "Intelligence reports Romulans now using Klingon design." Nothing else is made of this in TOS, even though we see more of it in ST:TNG. (In fact, after this episode, real Klingons or Romulans only appear in Day of the Dove and the "alliance" is never referenced.) This, and the need to explain it, seem totally superfluous.

Have any Star Trek producers or staff members ever spoken about this? Why go through this extra effort instead of just using Warbird models for the FX shots?

I can see more off-screen explanations for this than on-screen. It could be that they needed multiple models for the shots they wanted and had more Klingon ship models than Romulan ship models. Or the Romulan ship might have been destroyed, along with other props, when they thought the series was cancelled after season 2. They might have also felt Klingon ships were more recognizable.

Or were they actually planning to use an alliance in later stories that never were produced?

The original model Bird-of-Prey was destroyed by the model maker, Wah Ming Chang.

Herb Solow and Robert Justman's book Star Trek: The Inside Story explains that a union grievance had been filed for a non-union contractor selling props to the production. After the one appearance was filmed, the model was returned to Chang without him being paid or receiving credit for his work and he destroyed the model himself.

The Klingon D7 model was used in it's place with a throw-away line of dialog explaining the change.

In the remastered version of "The Enterprise Incident" a CGI model of the Bird of Prey was used in place of one of the Klingon D7 ships surrounding the Enterprise. 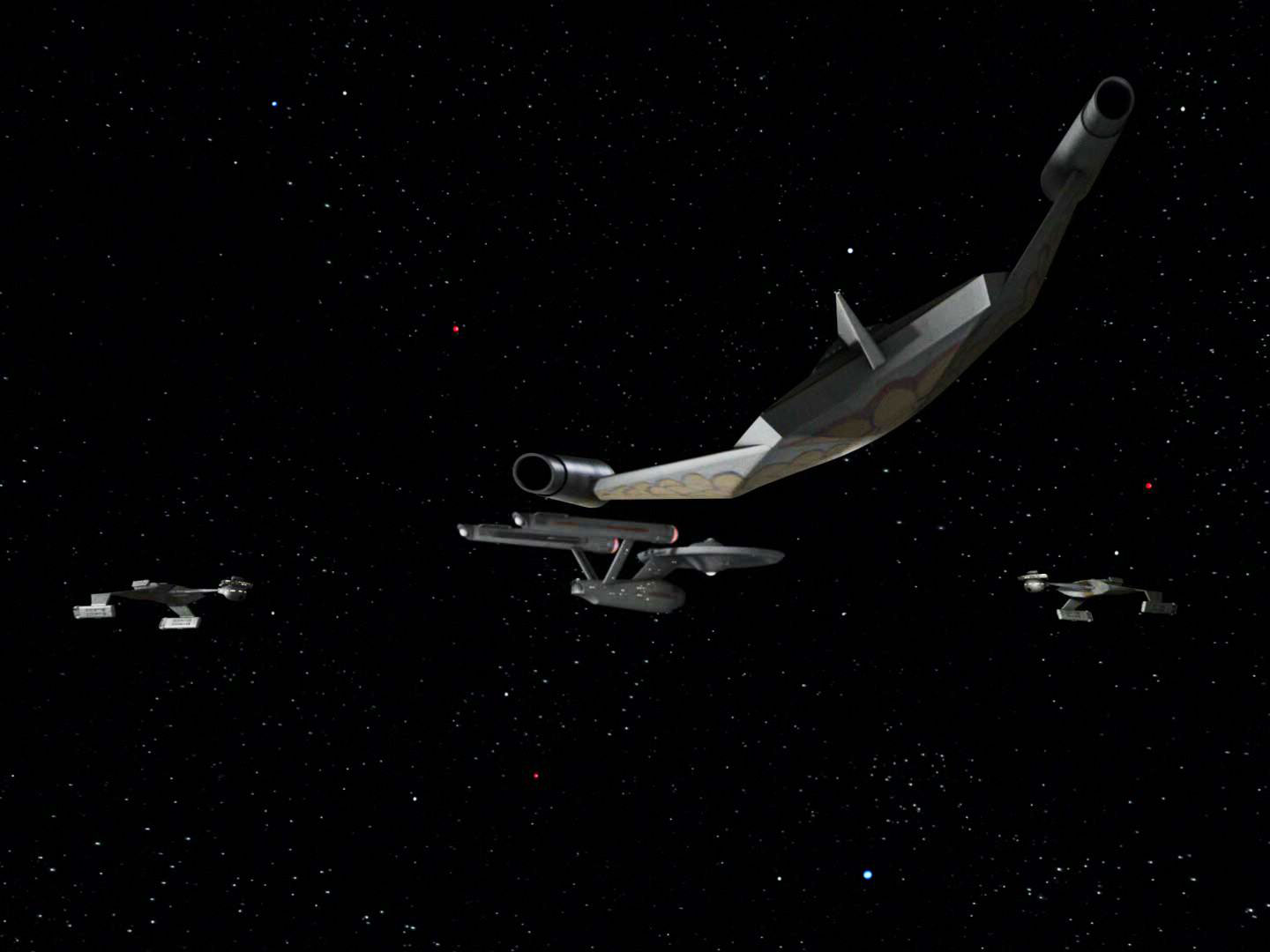 and to the left of the Enterprise 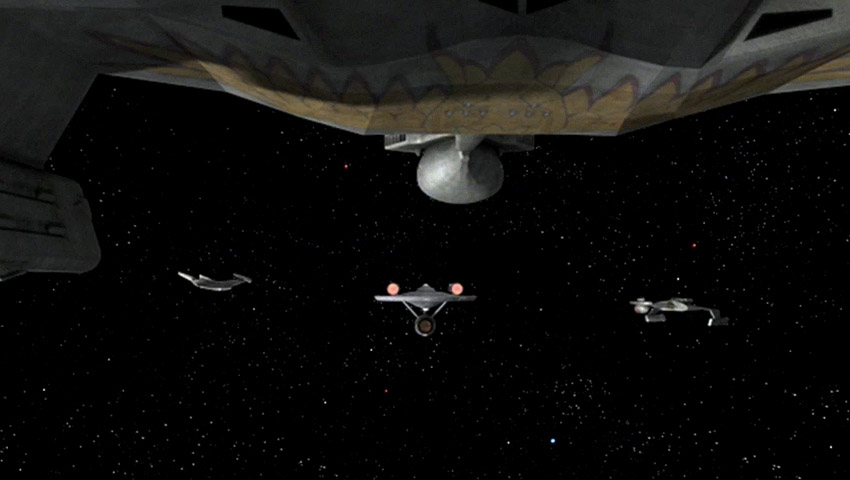 As John Sensebe said in a comment, it may be because the original model for the Romulan ship was lost, as stated in this article from startrek.com:

After filming, the Bird of Prey model disappeared, which may account for the Romulans showing up in Klingon D7 cruisers in the third-season episode “The Enterprise Incident.” It may also have been the case that the producers wanted to display the D7 model as much as possible as a courtesy to the model kit company Aluminum Model Toys, which actually paid for it. In any event, the model’s whereabouts remain unknown.

Not the answer you're looking for? Browse other questions tagged star-trek spaceship star-trek-tos romulan or ask your own question.

8
How could a small Romulan invasion force invade Vulcan?
3
If Romulans so deceitful and vicious, how can they make any allies?
31
How would Starfleet know what a Romulan looks like in Star Trek 2009?
13
Why were the Romulans so blase about the Dominion after it gained a foothold in the Alpha Quadrant?
12
Are there any (canon) differences between Klingon and Romulan cloaking devices?
10
Why are the crew surprised at Romulan cloaking technology in the "Enterprise Incident"?
4
Where are the warp nacelles on the new Romulan ships in Picard and the Klingon Birds of Prey seen throughout the series?
10
How did Lt. Stiles know that Romulan ships are painted with a bird of prey?
15
Why didn't the Romulans take advantage of The Burn?
3
Which Klingon ship is most representative during the TNG era?