Why does the cursed crew need the blood of Turner in order to lift the curse?

In Pirates of Caribbean: The Curse of the Black Pearl, why does the cursed crew need the blood of a Turner in order to lift the curse? 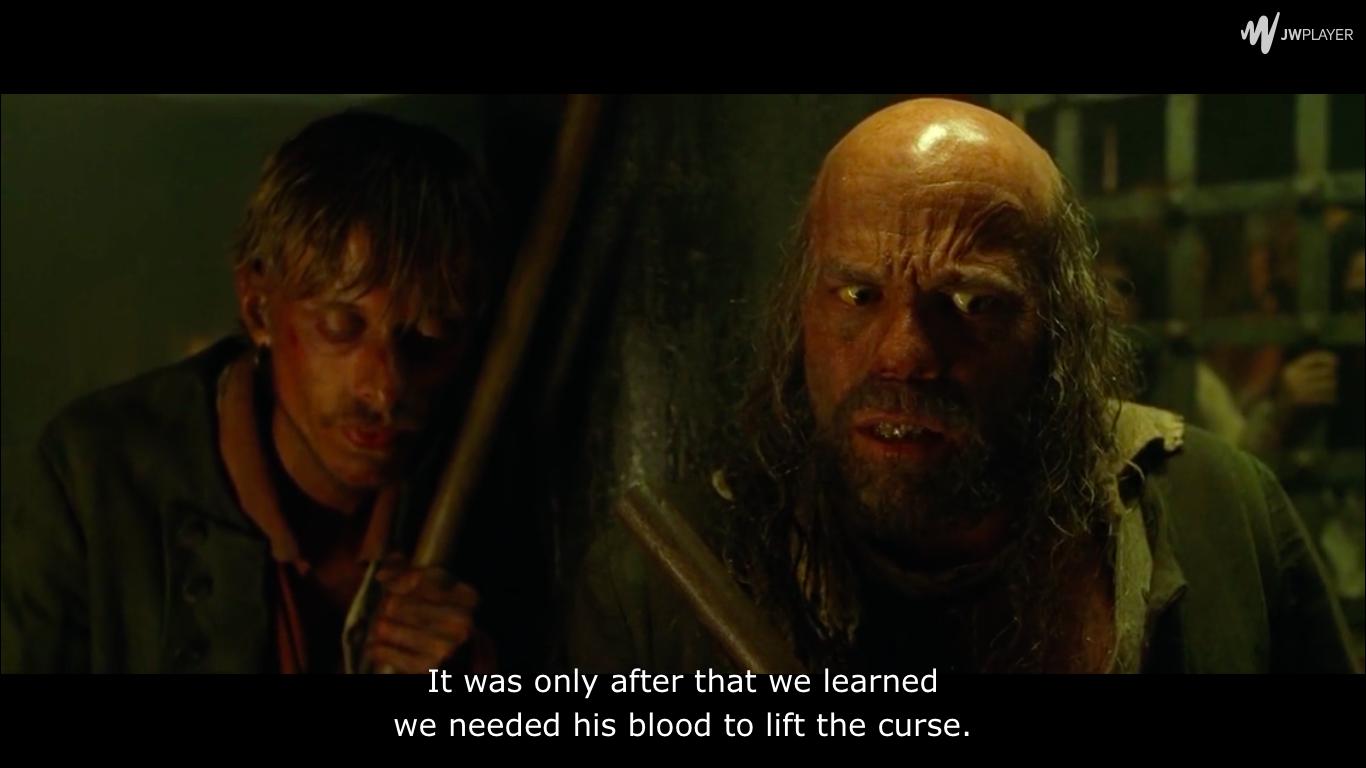 In addition to putting all of the coins back, the blood must be "repaid" for the curse to be broken. Precisely what that means is unclear, but it sounds as though the cursed person must actually die.

Since "Bootstrap" Bill Turner was one of the crew who stole the treasure, they need his blood.

Let's look at the rest of the conversation you referenced. From the script:

WILL
What happened to William Turner?

PINTEL
Ah, William Turner. Stupid blighter. He threw in with us after we relieved Jack Sparrow of his captaincy, but turned out, it never sat well with him-particularly after we found Cortes', and its peculiar condition. He thought we deserved to be cursed, for leaving ol' Jack to the fate we did. That's why he sent off a piece of the treasure -- to you, as it were: so it would never be recovered, and so cursed we remain.

WILL
And then he ran. And he's hiding out someplace where you haven't been able to find him.

PINTEL
That's a nice thought, to be sure, and I wager your da wishes he'd thought it hisself. But, no. See, what he'd done, didn't sit too well with Captain Barbossa ... so he chained a cannon to his legs and dumped him over.

Will reacts with shock at the account of his father's fate.

PINTEL (CONT'D)
Yep, last I saw of Bootstrap Bill, was his face looking up, as he sank down to the crushing black oblivion of Davy Jones' locker. (sighs) It was only after, we found out we needed his blood to solve the curse. That's what you call ironic.

They believe that they may not need Bill Turner specifically, and that his offspring's blood would do.

Barbossa explains this to Elizabeth, who he believes is Bill Turner's daughter at the time.

There is but one way to remove the curse. All of the scattered pieces of the treasure must be restored in full, and the blood repaid.

(he throws the pages aside)

We've recovered every piece -- save for this.

(holds up the medallion)

(pleasant, finally getting to his point)

And that's why there's no sense in killing you. Yet.

The coins cursed them because of their greed.

Barbossa says that they traded them for goods, Bootstrap was the only to give a coin away without anything in return (he sent it to Will).

Hence why I believe it was his blood they need, also you could say Jacks blood was needed (Which we saw him cut himself) because he also threw a coin to Will with not getting anything in return.

26
Why were Will and Elizabeth not cursed while carrying the Aztec medallion?
1
Why didn't they need Jack's blood also?
90
Why was the Black Pearl so special?
9
Why was Jack (Monkey) still Cursed in Pirates of the Caribbean?
14
How did Gibbs become a pirate?
2
Pirates of the Caribbean: Is it a curse to ferry the souls of the dead?
3
For how long was Bill Turner undead at the bottom of the ocean?
6
Can the cursed crew of the Black Pearl feel pain?
14
How did the cursed crew break the curse if they don't have blood?