What kind of a political hierarchy do the machines in The Matrix have?

The events of the Animatrix (assuming it is not machine propaganda) and the behavior of the exile programs indicate that machines and programs are sentient and they possess a will to survive.

Given that, how can a system exist where the machines delete their own when they are no longer useful in a system that is basically meant to maintain human beings? Do they live under the dictatorship of the Deus Ex Machina?

Humans and machines have the same political system and "free will". Everyone can make his own decisions, based in the rules of the society they live. If you aren't agree with that, and you try to fight against that, you will be marked as outsider, "an error". You can do whatever you want, but the consequences are clear. Machines, like us, can stand up, but the price is high, and is needed a lot of courage to make it.

The main difference is that the "Deus Ex Machina" fights for the survival of the machines, and the way of doing it is keeping the system (matrix). Maybe it's not the perfect, but is for the greater good.

On the other hand, our leaders are fighting to keep the system invariant, to maintain their power, way of life and control over the society.

Simply put, a hive mind would be the best way I can explain their behavior in and out of the main movies.

These all indicate hive mind mentality

Whilst some programs within The Matrix demonstrate consciousness, it's unlikely that the machines within 'the desert of the real' possess the same level of autonomy.

Considering communication and electronic correspondence appear to be an integral part of their very design (the squids and drills behave in synchronicity, mutually working towards the same goals simultaneously) it is unlikely that they each possess an independent rationalizing consciousness, which leans towards Jason Rob's 'hive' mentality, although they actually exhibit something closer to flock behavior, like Starlings: 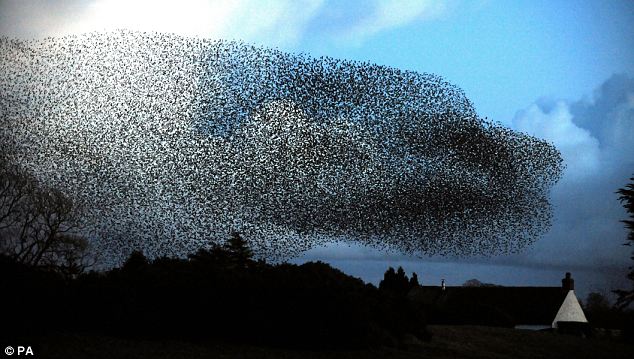 Surprising as it may be, flocks of birds are never led by a single individual. Even in the case of flocks of geese, which appear to have a leader, the movement of the flock is actually governed collectively by all of the flock members. But the remarkable thing about starling flocks is their fluidity of motion. As the researchers put it, “the group respond[s] as one” and “cannot be divided into independent subparts.”

When one starling changes direction or speed, each of the other birds in the flock responds to the change, and they do so nearly simultaneously regardless of the size of the flock. In essence, information moves across the flock very quickly and with nearly no degradation. The researchers describe it as a high signal-to-noise ratio.

The programs, which appear to be more sentient, seem to largely eschew a political system: except those who achieve a Cartesian level of consciousness and challenge 'the programming'.

In consideration of the fact that any resistance is met with deletion, and this deletion is swift and efficient, there is little to suggest any kind of mass exodus or political unrest within the wider machine society: we see refugee's who seek to hide within the matrix, but given the scale of the machine population it can be deduced that this is rare.

The Deus Ex Machina is both a conduit for communication and a central processor: being both an ambassador and Head of State for the Machine population, but speaking as a collective.

There is little to suggest any ambivalence between the Deus Ex Machina and the wider population, which would indicate it serves as a figure-head more than anything else.

If we accept that the Machines are working towards a mutually accepted goal, and under threat of 'deletion' by a figure-head operating outside their level of consciousness but widely considered to be a benevolent egalitarian, I would suggest hesitantly that the machines operate under...

An argument could be made, I feel, for a Plutocracy: as some machines seem to serve a higher purpose than others and 'obsolete' programs are quickly disregarded in relationship to their functional relevance, but I feel this may be a more minor and less common occurrence.

I do, however, look forward to other people's perceptions that may differ to my own.

1
How does the command structure of the Machines work?
11
Is the “Zion Archive” (Animatrix) Machine Propaganda?
1
Comparison of the programs of the Matrix and the machines of the real world?

20
How do Machines Breed Humans in “The Matrix”?
8
Why Do the Machines (in The Matrix) Have to Maintain the War With Humans?
89
Why Did the Machines Even Bother With a Matrix?
36
What are the machines in the Matrix doing?
15
Did the Agents know about the history of the Matrix and/or previous Ones?
19
What does the language the Agents use sound/look like?
1
Why do the Matrix machines not implement a backup system?
4
Was the Key Maker really an exile?