How long was this person dead before being left?

How long was this person dead before being left?

How much time passes between Jon Snow being killed and appearing to come back to life after everyone leaves the room in S06E02? Seems like a long time to be dead. Any comment or precedence for it in ASoIaF?

It seems like it was two days before the scene where they all leave. Did I miss anything?

This isn't on any book so far (we will see what happens when the sixth book comes out). On the show, we don't see a watch or calendar to know the exact times and dates, but I think we can deduce it as so: 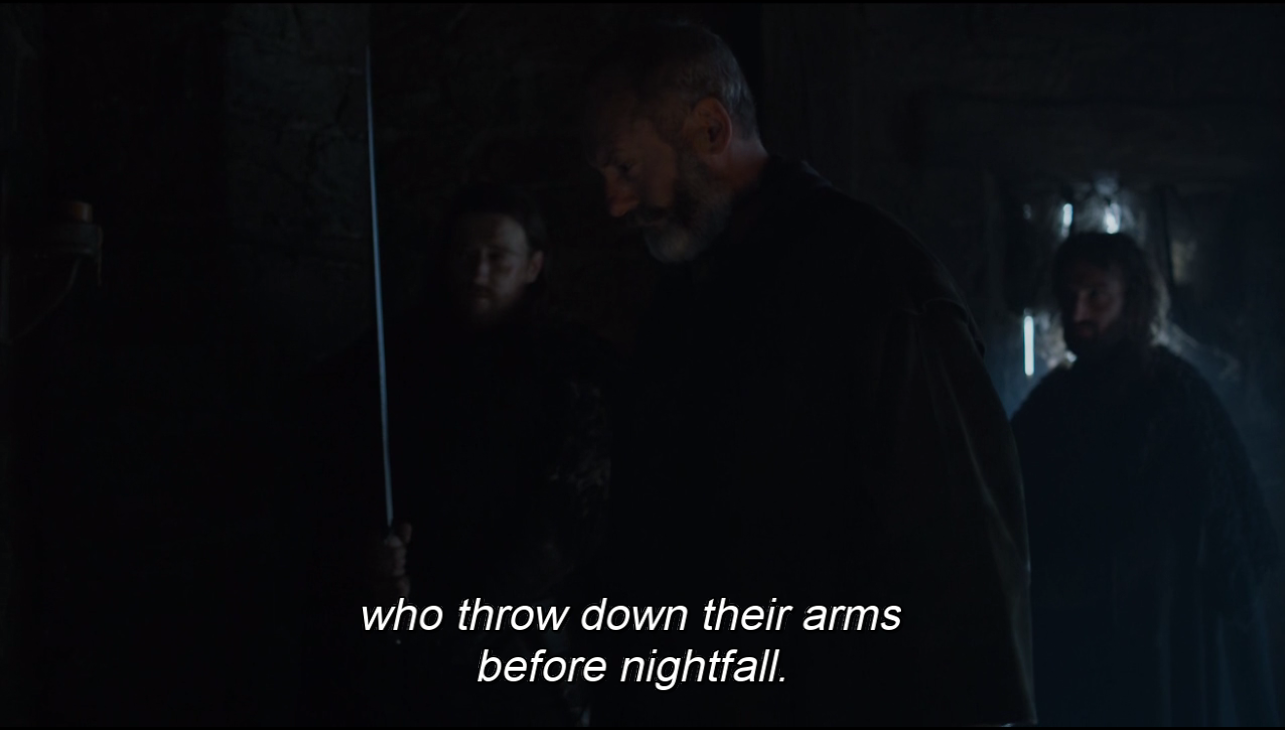 At the end of the same episode, when Melissandre goes to sleep, it is still day outside (50.04):

So far my guess is that there have passed less that 24 hours.

On the second episode, the first scene we see with the Night's watch (wildling attack) is at night. This must be the night after the night of the murder, about 24h later (08.22): 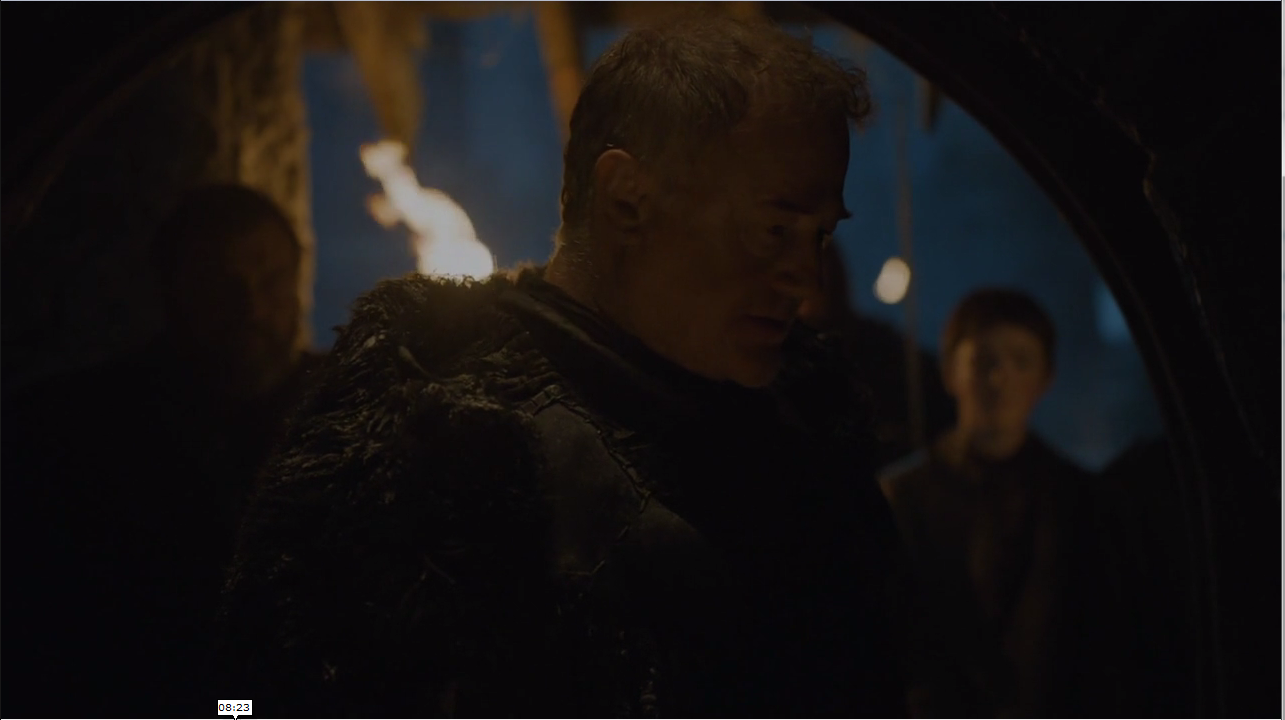 And the final scene of the episode, where Melissandre ressurects Jon, is during the day most likely (light coming in from the windows). My guess is that it is the morning after the wildling attack (51.46): 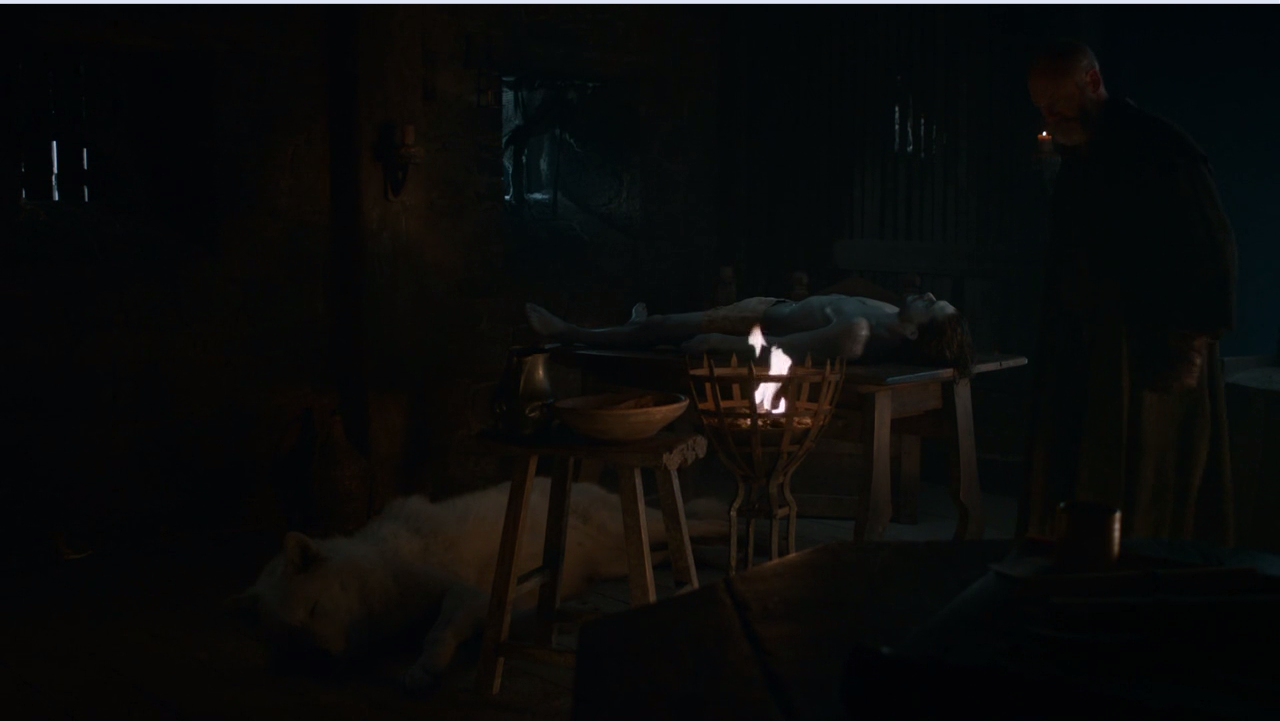 So, to sum it up, I would say that between Snow's death and Resurrection, about 24-36 hours have passed.

Which would make sense:

Also, 24-36h is a reasonable amount. On the book, we learn about Lady Stoneheart, which died and several days passed before she was resurrected, and thus she couldn't talk because it was kind of too late. Snow seems okay (so far), but we'll see how well he is in the third episode.

Not the answer you're looking for? Browse other questions tagged game-of-thrones chronology or ask your own question.

0
Do any lords of the Northern Houses know this character returned from the dead?

35
Who is "the valonqar" from Cersei's prophecy?
4
Why would (spoiler) insist on attacking Winterfell right now (S06E08)?
13
Why would Littlefinger want this person dead?
10
Why didn't Littlefinger reveal Arya's identity to Tywin Lannister back at Harrenhal?
11
Why did the dragon refuse to cross the Wall in Fire & Blood?
17
Why this character is punished instead of being honoured?