Did the original Drax have trouble with metaphors?

As described in this answer, the Drax we see in the Guardians of the Galaxy movie is quite different than the original Earth-616 version from the comics.

That original version was a human spirit attached to a magically-created one-of-a-kind body. The new Drax is an alien who has no concept of metaphor, and interprets all statements literally. This is particularly pronounced when he hears an idiom. Here's the most famous example from the movie:

Rocket Raccoon: [about Drax] His people are completely literal. Metaphors go over his head.
Drax the Destroyer: Nothing goes over my head...! My reflexes are too fast, I would catch it.

And here's an example from the game Avengers Alliance 2, with characters based on the movie:

Hawkeye : Drax! Did Star-Lord send you? It'd be swell if you could lend us a hand right about now.
Drax : I will not loan you either of my hands! I like the way they are attached to me with muscle and bone. Why do you not use your own hands?
Hawkeye : Oh, right. Good idea. So... completely unrelated question: would you like to use your hands to fight alongside us for the purpose of beating up a large alien cat?
Drax : I would enjoy this very much.

Where did this problem with metaphors and idioms come from? Did the original Drax ever display this behavior?

Having read a lot of comics with Drax in them over the course of my life, there's no one occurrence that I can recall where Drax had issues with metaphors. In fact, on his very first panel in Iron Man #55, he already uses metaphors: 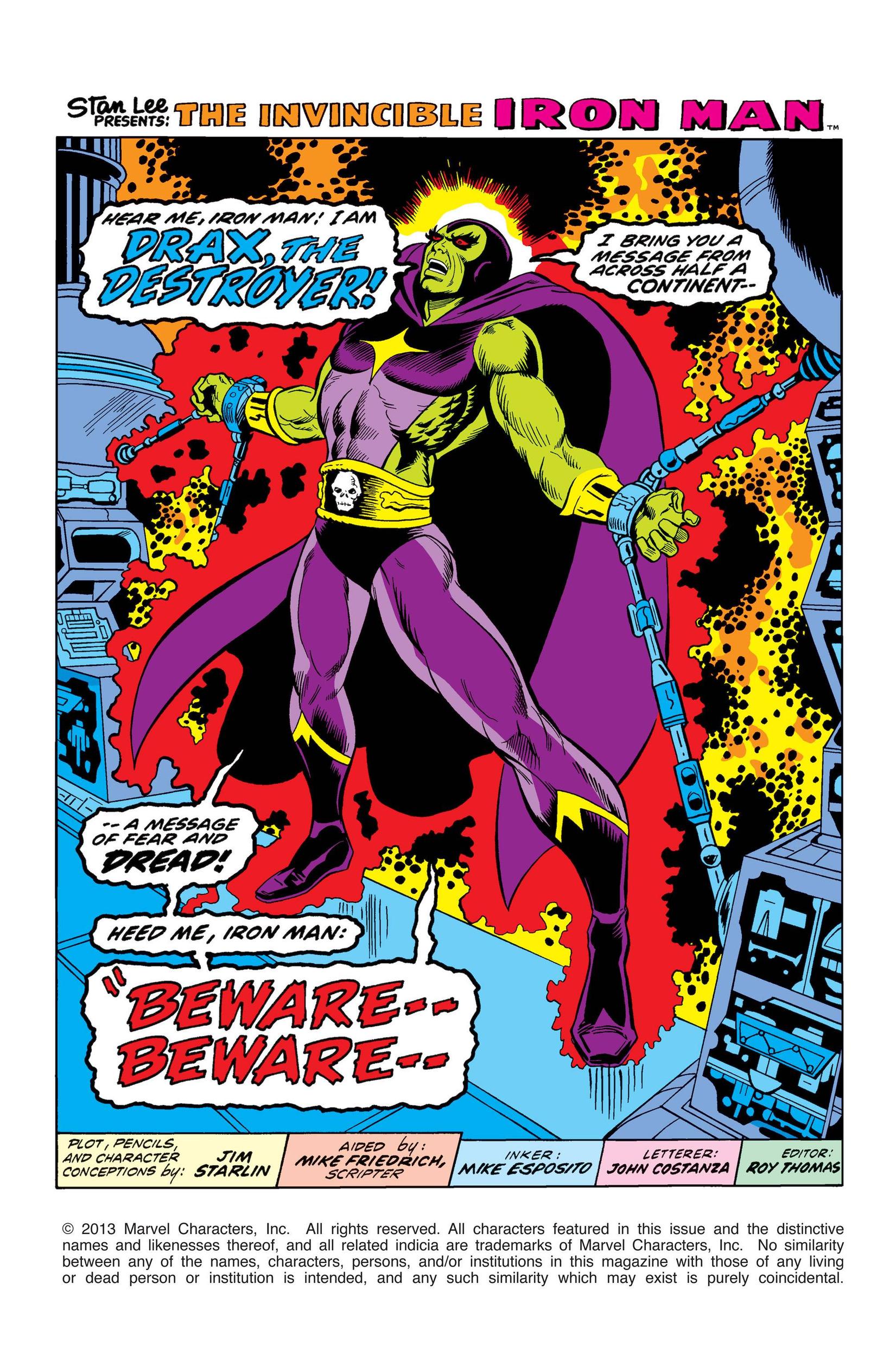 So this sets the stage for Drax. Even 43 years later, he seems to have no issue interpreting and reacting to people's emotions and abstract concepts. This is from Drax #1: 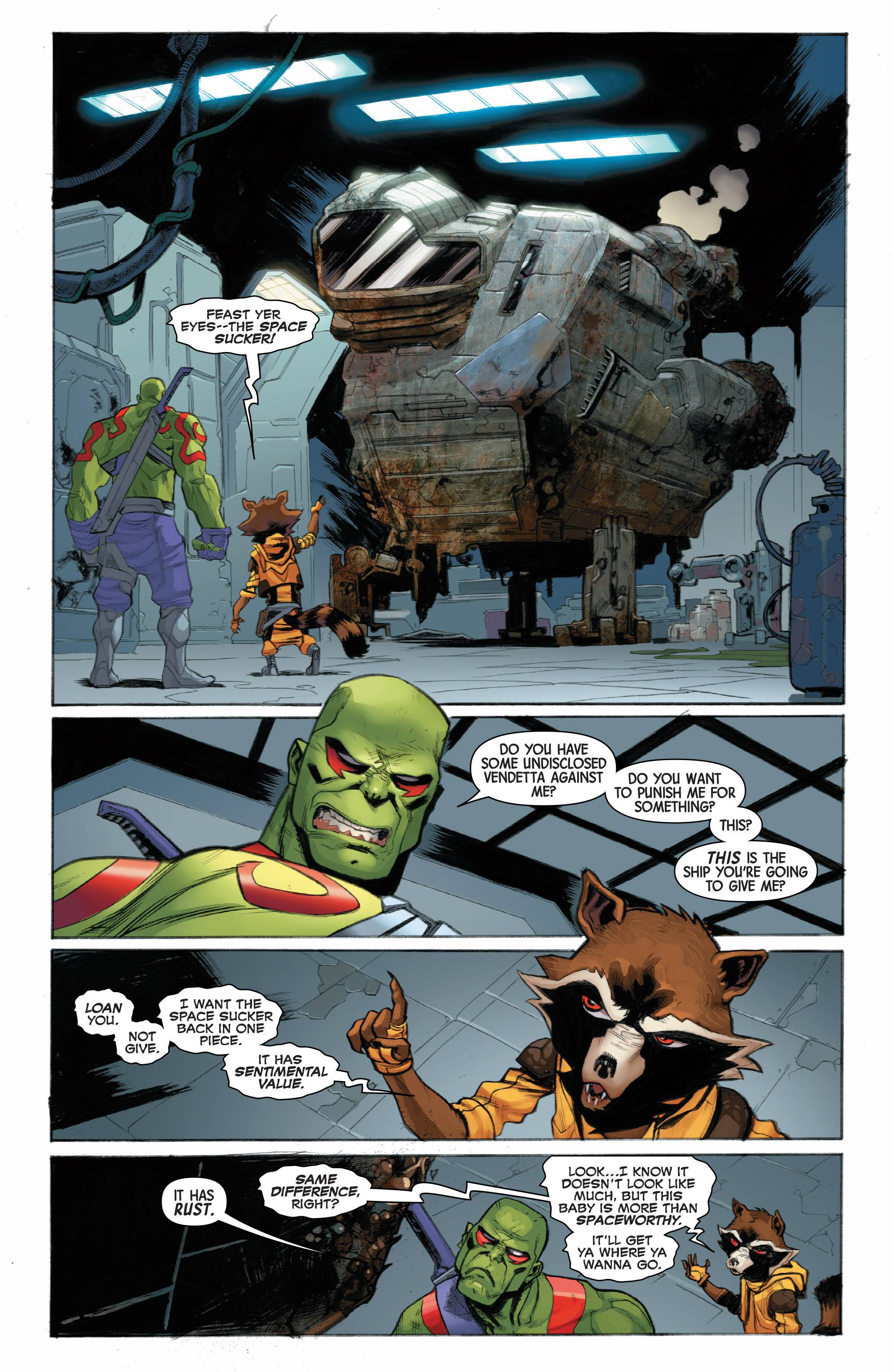 So the behaviour of Drax not understanding emotions and concepts is apparently exclusive to the MCU.

Here we see Drax having no trouble with metaphors whatsoever:

Drax says that he has relived his memories "as many times as there are stars in the cosmos." This seems like an obvious metaphor (well, a simile really, but who's keeping track): "as numerous as the stars in the sky," "as many as the sands of the sea."

He certainly cannot be speaking literally, since conservative estimates of how many stars there are in the cosmos are around 100 octillion. If we assume that Drax has lived for the entire lifetime of the universe (which he certainly has not, being in his original storyline an altered human from Earth), and that he was thwarted by Thanos at the beginning of the universe (which he also was not), he would have to relive the memories of being thwarted by Thanos over 221 billion times a second in order to have relived the memories of his defeat "as many times as there are stars in the cosmos." Of course, it is possible that Drax severely underestimates the number of stars in the cosmos, but given that he is a spacefaring super-being, I doubt it.

This seems like a clear example of Drax understanding (and employing) a metaphor, and in an early form no less.

Not the answer you're looking for? Browse other questions tagged marvel-cinematic-universe marvel adaptation-comparison guardians-of-the-galaxy-1 drax-the-destroyer or ask your own question.

7
What race is Drax the Destroyer's Body?

52
Why did Drax call Gamora a whore?
6
Why were the Elven cloak's abilities not utilized more?
20
Is it known what the markings mean on Drax The Destroyer's body?
7
What race is Drax the Destroyer's Body?
4
Identify a Spider-Man comic featuring Spider-Man saving Jameson's astronaut son
4
Korath, the Pursuer?
18
Why was Drax in the Kyln?
24
Has Drax in fact mastered the ability to stand so still that he becomes invisible?
3
Is the portrayal of Drax in the MCU true to the comics?