Is this map of Middle-Earth reliable? [duplicate]

I want to ask if this map of Beleriand (in the northwest of Middle-earth) is correct. I think it isn't because Beleriand should've been sank, and you can clearly see that there is Beleriand above Eriador, but still this is the best full map I've found on the Internet. 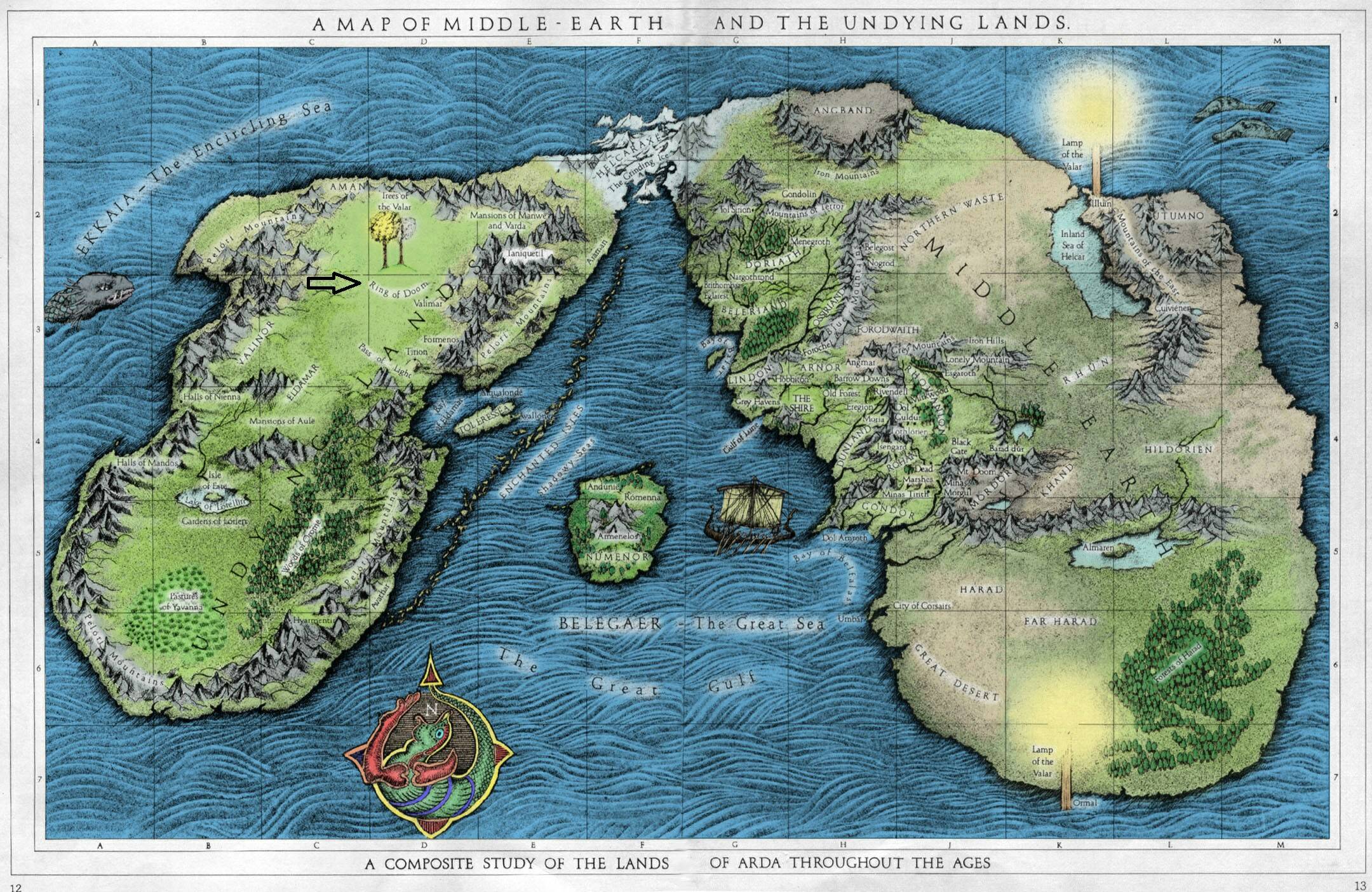 First of all, the map appears to be completely unreliable not because it was not designed by Tolkien himself, but rather because its author tried to put together a "composite" map representing all "the lands of Arda throughout the ages", which is an impossible task to achieve.

So, the map shows:

To make a silly comparison, it's as "reliable" as a map of Earth showing together Pangaea, Atlantis and present-day Europe :-).

Moreover, as commented by user @suchiuomizu, NĂşmenor appears completely different from the map published in Unfinished Tales (redrawn by Christopher Tolkien from a sketch of his father's), where NĂşmenor is shown as a large star-shaped continent whose central region is a large plain with an isolated mountain.

I'm afraid the map you posted in your question is not a genuine map by Tolkien. The nearest Tolkien got to making a "full" map of Arda is a rough sketch, shown in the original form, ("Map V" in "The Ambarkanta", The Shaping of Middle-earth, volume 4 of The History of Middle-earth) and below coloured for clarity.

The Undying Lands are on the left, and Middle-earth is top centre. This is the world as it would have been before the Breaking, when the world was made round and Valinor removed from the physical world.

15
Most accurate Map of Arda before Beleriand was lost
18
What are the Undying Lands?

91
In what order should Tolkien's writings on Middle-earth be read?
17
Is it possible that Middle-earth was overpopulated?
29
Maps of Middle-earth
106
How well-known is the theology of Middle-earth, in Middle-earth?
16
Was Carn Dum of Angmar built over Utumno?
5
Is there a map of Middle-earth during the second age?
10
Did Círdan ever leave Middle-earth?
75
Are the mountains surrounding Mordor natural?
11
Where are the Grey Havens?
12
When and how was wheeled transport introduced to Middle-Earth?