Does Tony Stark have a separate Arc Reactor for his heart?

Does Tony Stark have another Arc Reactor embedded in his body? Other than the Arc Reactors in the Iron Man suits, I mean.

Throughout the Iron Man films (I, II and III) Tony Stark has arc reactors embedded in his chest. In the films they power the electromagnet that prevents shrapnel from entering his heart. 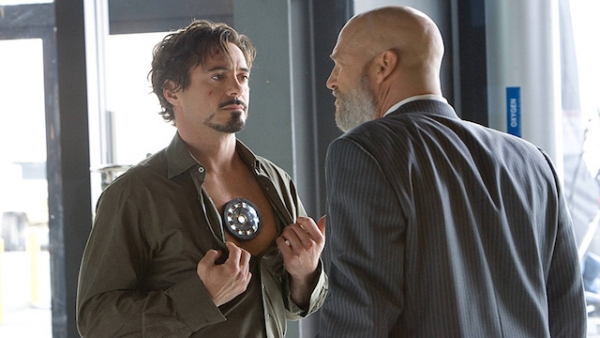 At the end of Iron Man III, he finally has the surgery needed to remove the shrapnel, obviating the need to have an arc reactor embedded into his chest.

Note that the latest MCU movies (Avengers II, Captain America: Civil War) are set after Iron Man III, which means that he doesn't have an arc reactor in his chest in these films.