Can Captain America be killed?

This question comes from watching a number of the MCU movies starring Captain America and seeing all of the buildings, airplanes, high places, bombs, etc that he has been thrown through, blown up by, punched through, jumped from etc without being killed. Yeah I know he is a super soldier but at times it seems that he is more like superman than a superhuman... So can he be killed? Or is he the human version of Superman?

P.S. Just wanted to add that I have never read any of the comics so if this question is answered there... I don't know about it :).

Yes, and through mundane means

In particular, in Captain America #25, he died from a gunshot wound. You can't get much more mundane than that. 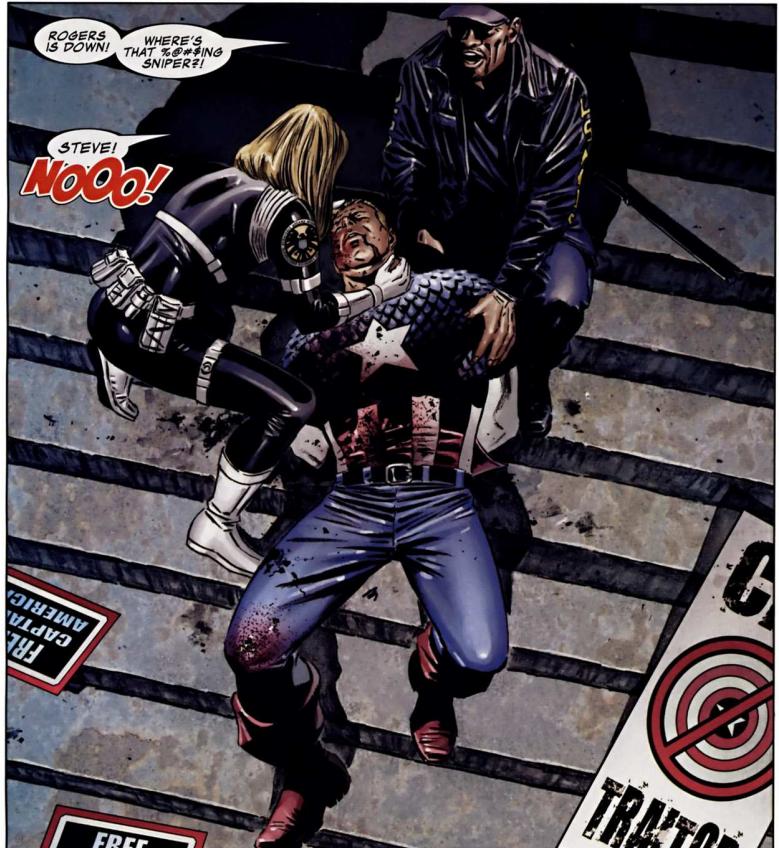 Of course, he comes back through a plot gimmick, but that is only to be expected.

Or in a different continuity (Punisher Kills the Marvel Universe), he is also shot:

Of course, that's a terrible comic, but the fact remains: Captain America can be killed by normal means. The examples I gave are from comics, principally because Captain America has not yet died in the MCU, but they illustrate the basic principle.

He can survive much longer falls than an average person, endure much more grievous wounds, and so forth, but he can be felled by a simple bullet.

Captain America usually relies on his speed and shield to deflect bullets, since they pose a genuine threat to him. He wouldn't waste his time deflecting bullets if they were harmless to him.

Of course, given his more-than-human toughness and powers of recovery, you'd want to shoot him many times, at close range, or in the head in order to ensure that he died.

There are probably numerous Captain America death scenes in the comics; Adamant's answer shows one, here is another.

Old Man Logan takes place in a future where virtually all the Marvel heroes were killed decades ago. Captain America is no exception, and while his death is not explicitly shown, it is heavily implied. 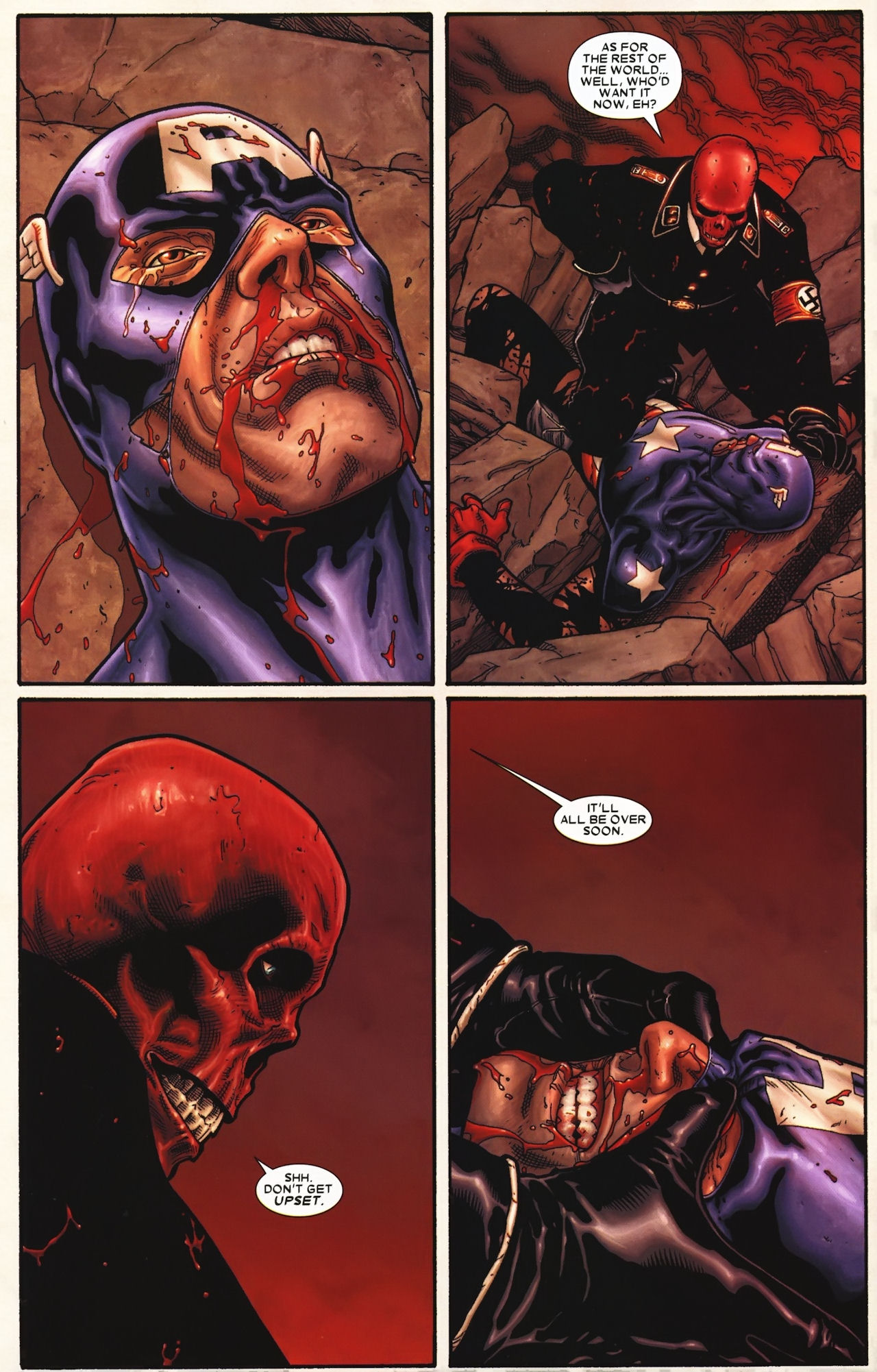