What happened to the magnetic return for Captain America's shield?

In Avengers: Age of Ultron, Captain America has some sort of magnetic thing to call the shield back to him (kind of like how Thor can summon his hammer).

Tony Stark created for the Avengers many new gadgets to fight HYDRA. One of them was Captain America's new uniform, that possessed strong, electromagnetic panels on each of the glove that allows Captain America to retrieve his shield more easily.

Then, unless I'm mistaken, he no longer has any such device in Captain America: Civil War. For example, during the opening fight in Lagos, Nigeria, the shield is kicked away from Captain America and I immediately expected Cap would summon it back to his arm but he didn't, he just kept fighting hand to hand.

Is there any in or out of universe reason they got rid of it?

If it is used in the movie and I just missed it, please let me know when it happens, etc.

Cap certainly seems to have gotten rid of the magnetic return for the shield after Avengers: Age of Ultron. Firstly, in the end fight scene of Captain America: Civil War we see the leather straps are back attached to the shield: 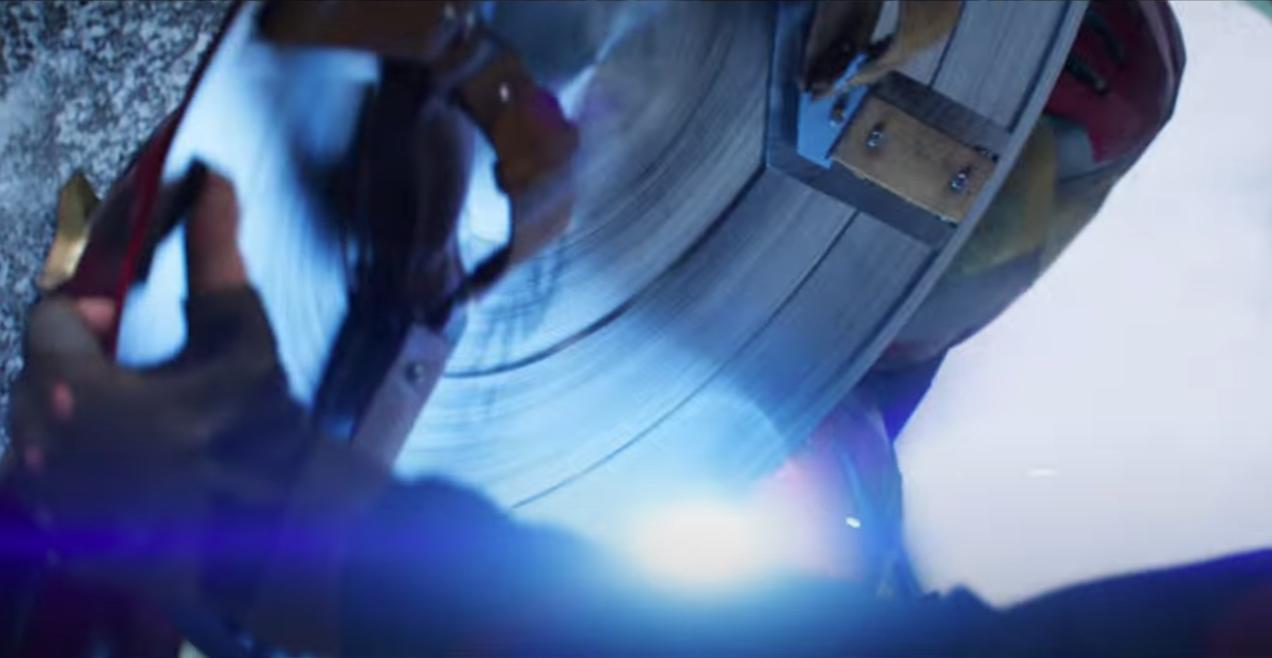 We also see that the magnetic strips on his forearms have been removed or hidden; considering the leather straps on the shield and that we see no usage of the feature it is almost certainly gone. 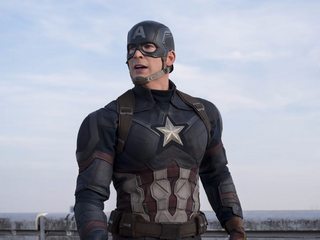 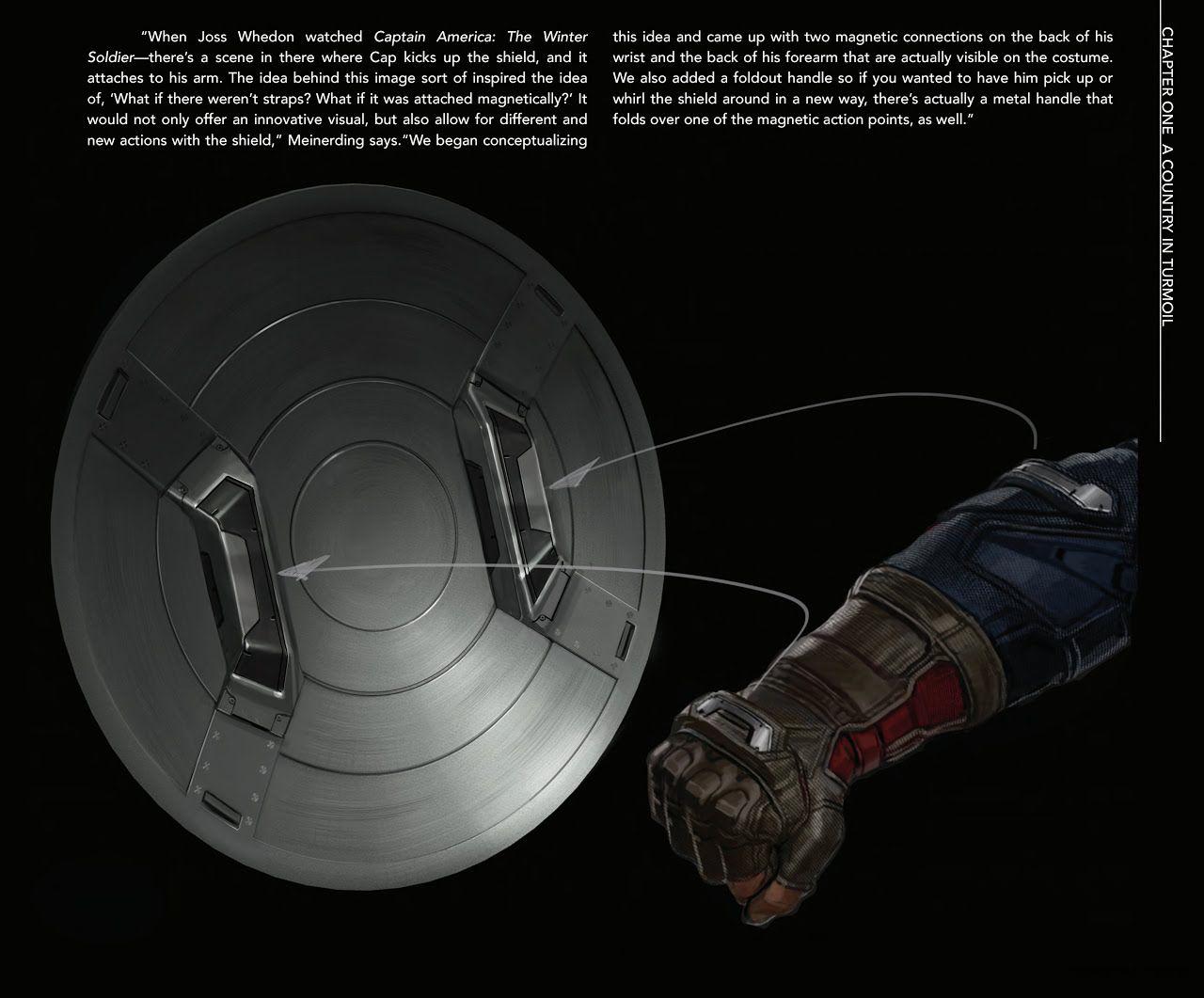 "When Joss Whedon watched Captain America: The Winter Soldier - there's a scene in there where Cap kicks up his shield, and it attaches to his arm. The idea behind this image sort of inspired the idea of, 'What if there weren't any straps? What if it was attached magnetically?' It would not only offer an innovative visual, but also allow for different and new actions with the shield," Meinerding says. "We began conceptulizing this idea and came up with two magnetic connections on the back of his wrist and the back of his forearm that are actually visible on the costume. We also added a foldout handle so if you wanted to have him pick up or whirl the shield around in a new way, there's actually a metal handle that folds over one of the magnetic action points, as well."

So, why remove it?

Out of universe it seems it was removed at the same time the costume was simplified and made more realistic. The below applies to the colours and look of the costume but I wouldn't be surprised if it is the same reason why the magnetic strips were removed.

Head of Visual Development Ryan Meinerding has designed Captain America since the hero's initial appearance in Marvel's Captain America: The First Avenger. According to Meinerding, the evolution of Steve Rogers' look is based on both the preference of the director and nature of the story, "The Russo brothers have very specific taste in costumes, and usually that involves tactical and realistic design elements," Meinerding says. "The suit in Civil War is a simplified version of the Avengers: Age of Ultron costume. The Russos thought the costume was successful, but felt there were some design flourishes, like the white on the arms and the red detailing around the chest, that wouldn't necessarily be realistic in the more grounded film they wanted to make."

Marvel's Captain America: Civil War: The Art of the Movie

In universe Paul's answer covers the most likely reason: magnets attract other metal objects. In an empty forest the short, stronger magnetic burst would be fine as not too much else would come with it. In a crowded inhabited area there are lots of potential objects that would be attracted to the magnets at the same time as the shield, causing problems.

It’s possible Cap still has the mechanism, but doesn’t always use it.

If it is just magnetic, then it would probably attract other nearby metal objects too, of which there could be many in a crowded Lagos market, or a narrow stairwell filled with Romanian police — whereas in a wintry Sokovian forest, it’s safer.

I don't believe this was ever directly addressed in the movies, but what may have influenced the apparent removal of the electromagnets from Steve's uniform is the fact that they resulted in the removal of the straps from his shield. The shield's lack of straps was rather impractical, as it meant he had no way to carry it out of uniform, and since Steve is all about preparedness the possibility of not having the shield whenever he might need it, whether he was in uniform or not, means he most likely had Tony remove the magnets from his uniform and reattach the straps to his shield. Furthermore, the point of the electromagnets was to allow Steve to retrieve his shield much more quickly, but he could get it back to him just as quickly by his usual method of throwing it so it bounced off of things as he could by using the electromagnets, so they were ultimately removed because they weren't necessary. However, there may be another, non-story reason for their absence in CACW- someone cough Joss Whedon cough involved in the making of AoU had them added because they looked cool, and when it became apparent later on that they didn't really work story wise had them removed without ever acknowledging that they were gone.

This is purely speculation for the in-universe reason.

Not from the Master of Magnetism himself, though. The magnetic shield gimmick is Stark Tech. There is a chance that Tony might hack the mechanism remotely and hamper Steve's ability to use it.

Cap is not very technology savvy - I think he's just slightly better than Thor at it, and only because Cap probably knows what an email is. He prefers to do things in his own way, without technological gizmos if he can help it.