How does Han control the Millennium Falcon?

Sometimes the Millennium Falcon performs complex maneuvers but at the same time no one on board seems to do much with the controls. The maneuvers look too complex to be the work of an autopilot. The movies don't give a good look of the cockpit so it's difficult to figure out what all the controls in the cockpit do.

How does Han control the Millennium Falcon, especially during complex maneuvers?

Note: the idea for this question came from http://www.moviemistakes.com/film409/questions.

star-wars millennium-falcon
Share
Improve this question
edited May 17, 2016 at 1:59

So I guess he steers in the old fashioned way and all the button pressing would be him getting the right read outs on the screens to he know were he is and whats around him... 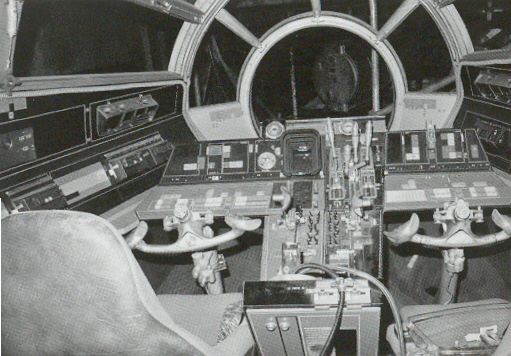 Here's another view, from what is clearly an on-set photo from the original trilogy (Luke has his hand cut off, so this is from Empire): 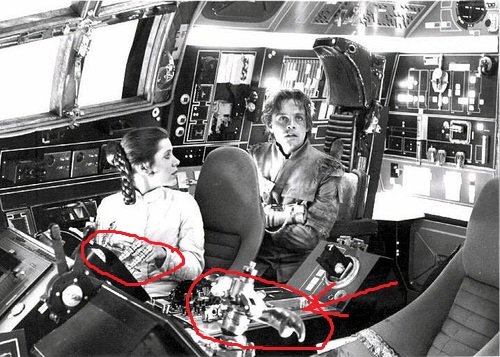 Notice Leia's hand is resting on some crontol that is approximately where the control yokes pictured in the top image would be. Also, we can see the closer control yoke and the handgrip pointed to by the arrow is clearly the same shape as the handgrips visible in the top photo. So even though the provenance of the top photo is unknown, it matches closely enough to what is in the bottom photo, which is clearly from the original trilogy and a shooting set, that I think we can consider the top photo to be authoritative.

So The Millenium Falcon is most likely controlled in a way very similar to a typical modern Earth aircraft. Note that we also know that X-wings have control sticks, much like modern Earth fighter jets, so it's reasonable to assume that they are controlled in a similar manner.

Looking at this diagram from the Millennium Falcon Owner's Workshop Manual (canon level unknown, but probably not G-level) we see that the control labeled 6 is the control yoke. This was responsible for the maneuvering of the ship. 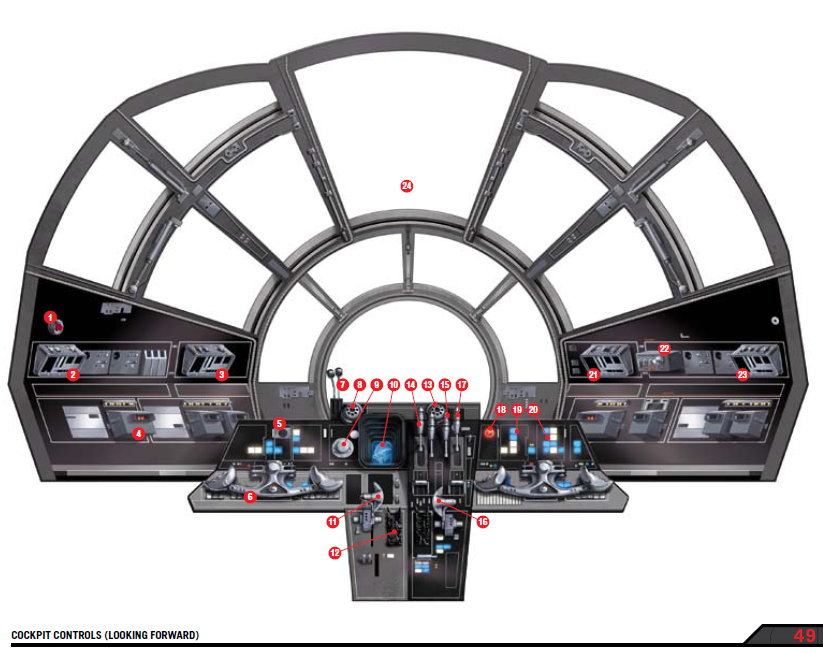 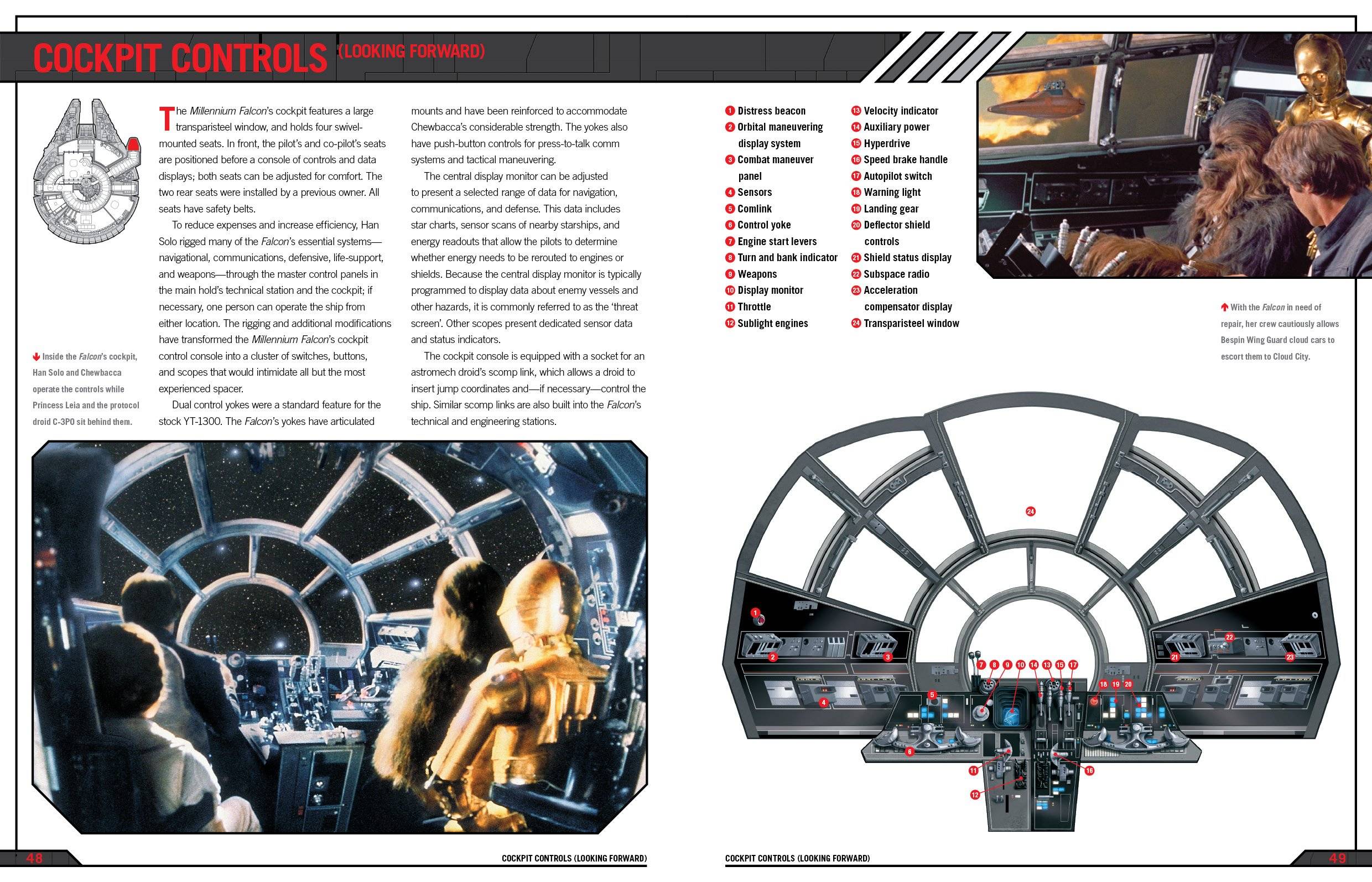 3
How do ships control their aerodynamics in Star Wars?

3
Has R2-D2 ever been inside the Millennium Falcon's cockpit?
8
What is this strange noise in "Star Wars: The Force Awakens"?
22
What happened to Obi Wan's lightsaber after the duel between Obi-Wan and Darth Vader on the Death Star?
8
Why was it so hard to find Luke in the trash compactor?
6
Why did an X-wing pilot scream something that sounded like "Yes!" during the Battle of Yavin?
18
Why did Qui-Gon and Anakin need to hide the fact that Anakin built the pod-racer?
7
How much does it cost to refuel the Millennium Falcon?
11
Why would Han Solo think the Millennium Falcon was famous?
7
Did Obi-Wan Kenobi know how to destroy the Death Star without the help of the stolen plans?