Why is Helena from Orphan Black blonde?

Helena is one of the Leda clones in Orphan Black. However, unlike the other Leda clones, who have dark hair, Helena's hair is very light. Why is this?

Helena bleaches her hair. It's pretty obvious that her roots are much darker.

Why she bleaches it is an entirely different question. Early on, she had a very strong angel fetish. Angels are frequently depicted with a glowing radiance around their heads (a halo), so she may have been trying to replicate that effect. In the final season, we see the first time it is done...

...against her will as part of a punishment when she was a child...

...but we still don't know why she kept doing it.

It may be part of her self-flagellation, but there's no solid, on-screen statement to that effect.

Out-of-universe, they do it so we can tell which clone is which at a glance. 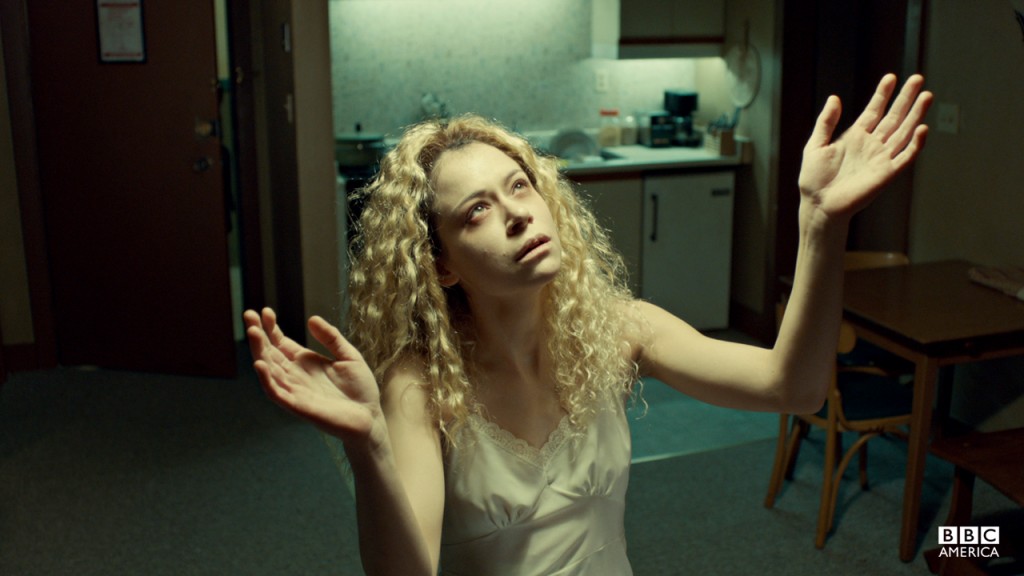 FYI, Krystal bleaches and has dark roots, too: 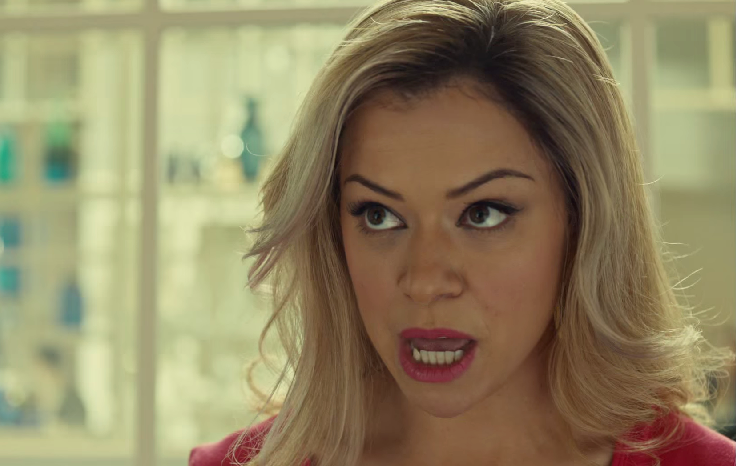 In episode S5E09, "One Fettered Slave", Helena has flashbacks to her youth in the convent, in which we see a young Helena getting punished by a nun by having her hair (violently) bleached.

In other flashbacks as well as in early episodes, we see she practises self-punishment, so she may have kept her hair bleached as a form of that.

Not the answer you're looking for? Browse other questions tagged orphan-black or ask your own question.

15
Where does Orphan Black take place?
5
How many clones are there?
4
Are all clones of the Castor set self-aware?
3
Where does Helena get Kira's letter?
7
Are Sarah or any of the other clones looking for the woman they were cloned from?
9
Which clones were involved in the Helsinki incident?
4
Where are Orphan Black's season 4 episode titles from?
2
Which of the Ledas has impersonated another Leda?
4
Why did Ferdinand never track down MK?