What was the initial escape ship of Rey and Finn?

In The Force Awakens, Rey and Finn first head for a ship in order to escape the planet. Once it was destroyed by the TIE fighters, they ended up onto the Millennium Falcon. But, what was the initial choice for the escape craft? Why did Rey decided to lead Finn towards her? Which ship type was she, and where did Rey know her from? 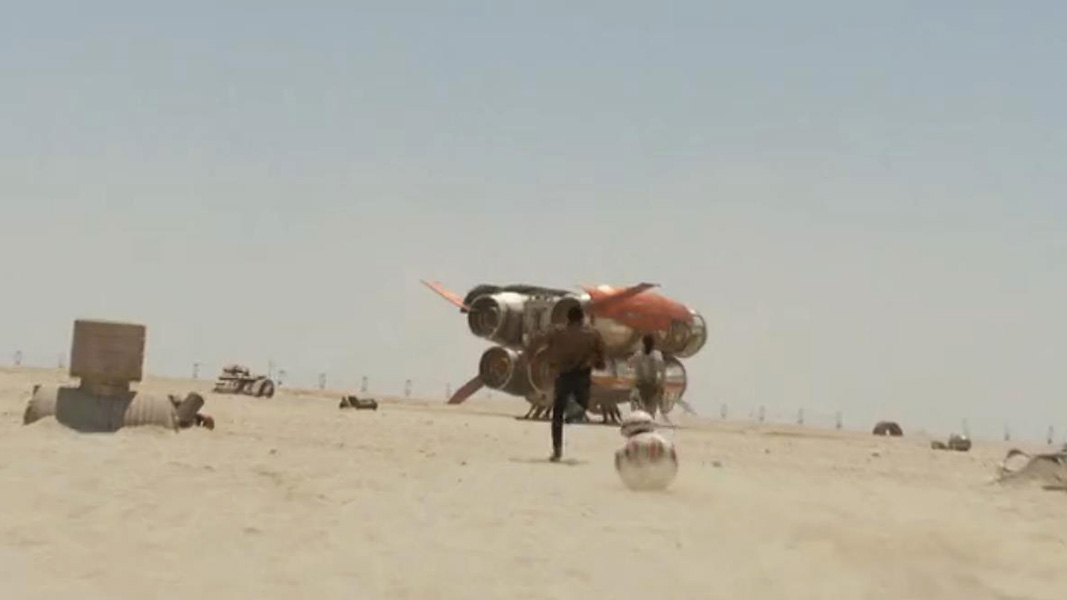 The ship is officially called the quadrijet transfer spacetug, but it's more commonly called a quadjumper. 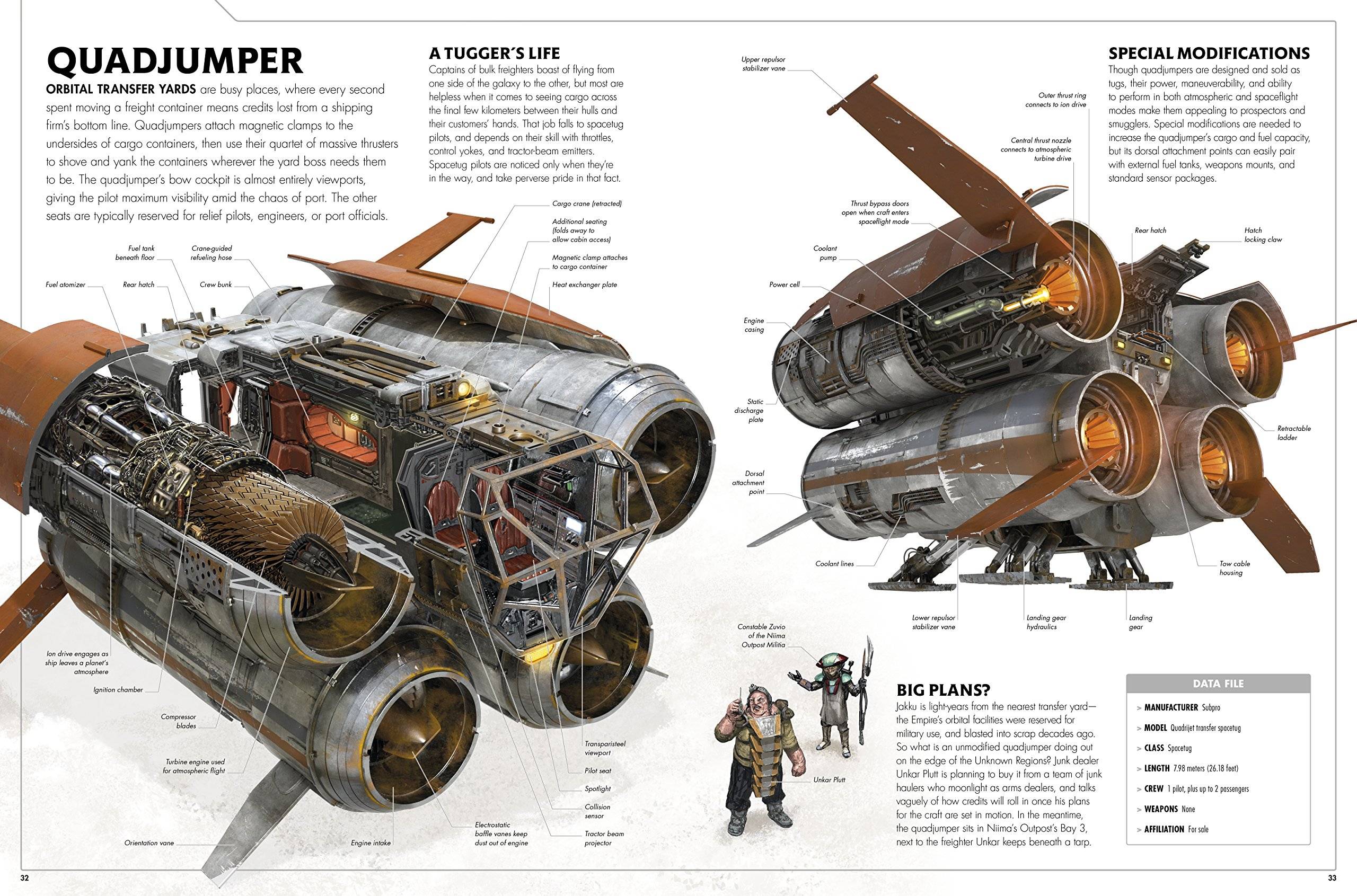 The merchandise also sometimes spells it as two words. 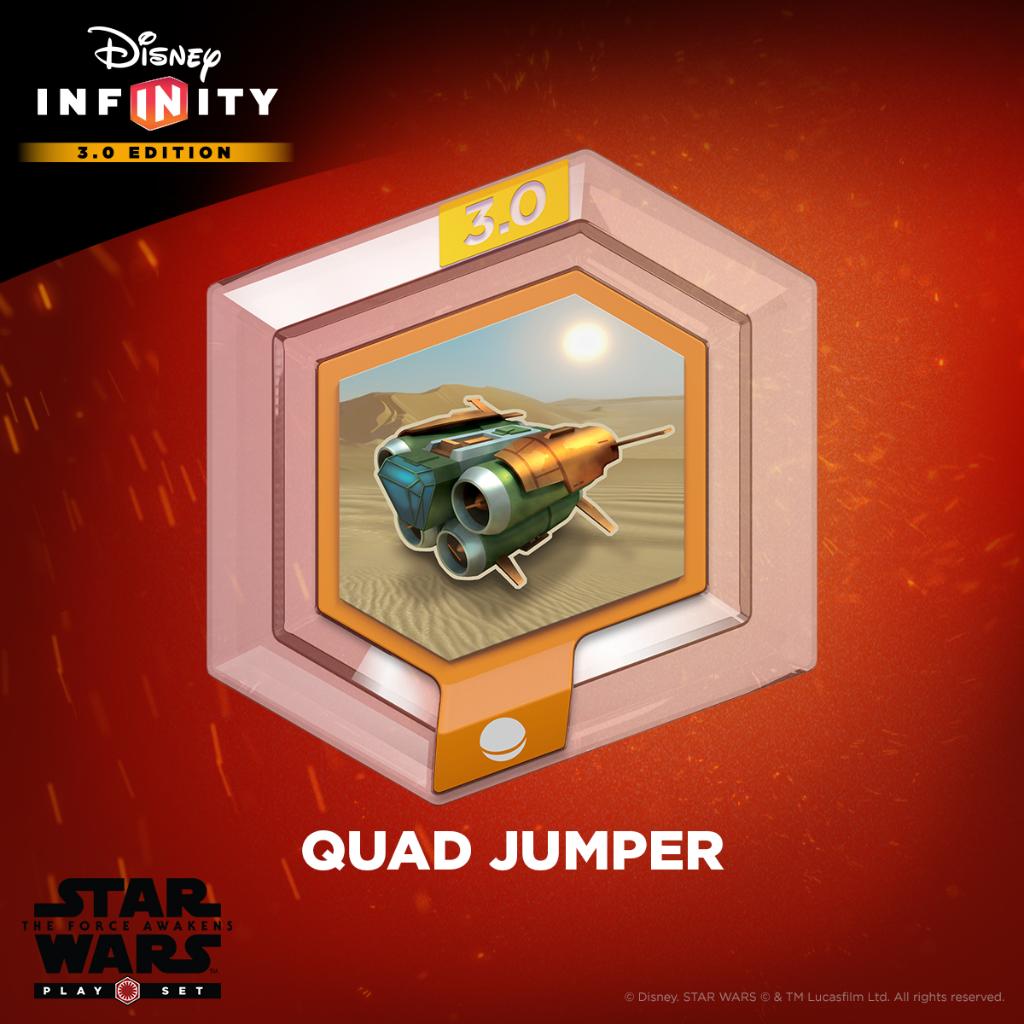 Rey likely chose it because she was in a hurry and her only options were the quadjumper and a ship she described as "garbage."

The two official novels refers to it as a "Quadjumper", presumably in reference to its four large, highly visible 'Quadrijet' engines.

A barrage from the TIEs blew the quadjumper apart, raining the landing area with metal.

As to why Rey decided on that particular ship, it seems to boil down to two reasons; that she finds the Quadjumper highly desirable in itself (it looks nice and has powerful engines) and a simple lack of choice (e.g. between a ship she finds desirable, and one she considers to be garbage)

“We can’t outrun them,” he said between gasps.
“We might in that quadjumper!” Rey replied. The beautiful ship looked like it had just rolled out of space dock. With the ship’s powerful engine, they could easily leave the First Order in their dust. 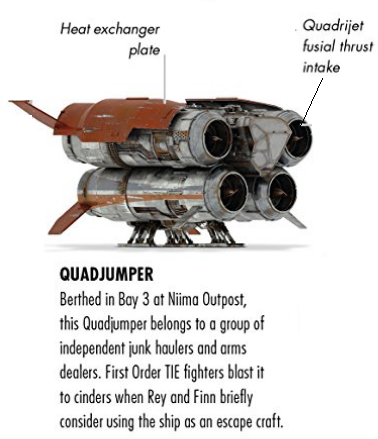 Not the answer you're looking for? Browse other questions tagged star-wars the-force-awakens spaceship object-identification or ask your own question.