How are the jetpacks controlled in Star Wars?

So we see lots of people with jetpacks in Star Wars (okay maybe not mostly just Jango and Boba Fett but still) but they never explained how they are used. We never see them press a button to use their jetpack. So how are they used?

Wrist or hand controls adjust the angle and pitch of both input and exhaust vanes, allowing for both vertical and horizontal flight. 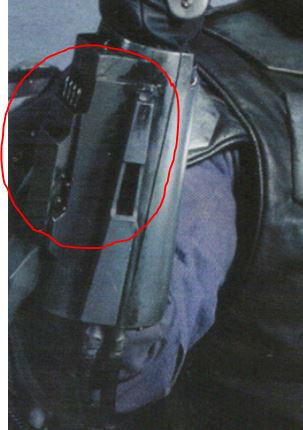 This applies more specifically to Jango Fett's jetpack, but presumably other jet packs had similar features.

The main control console was located on one of Jango's forearm panels. However, it often happened that Jango had his hands full (of weapons) when he needed to ignite the jets, and so a verbal control interface was included in the bounty hunter's helmet. With just a word, Jango could be up and away.

Not the answer you're looking for? Browse other questions tagged star-wars star-wars-legends technology boba-fett or ask your own question.

20
How do Boba Fett and other Star Wars characters fire weapons without using their hands?

7
How do you pronounce the Star Wars universe curse word, "fierfek"?
20
How do Boba Fett and other Star Wars characters fire weapons without using their hands?
30
Why/How is Boba Fett considered a Mandalorian?
6
Why did Jango Fett use two different jetpack models?
68
Why was only one person used as the template for the Clone Army?
11
Did the terms of the bounty on Han Solo change between “Star Wars” (1977) and “The Empire Strikes Back” (1980)?
11
What is a chain code and how do they work?
12
How many different times total has Boba Fett escaped the Sarlacc in any official story?
8
Has Jango Fett's backstory been changed?