What exactly is "dwarf star alloy"?

Ray Palmer's A.T.O.M. suit is said to be made out of "dwarf star alloy". What exactly is this? Is it literally from a dwarf star? Or is it just a fancy name for something else?

Yes, it is from a dwarf star

Specifically, this is a reference to the character of the Atom from DC Comics, who created his size-changing suit out of material from a white dwarf star. 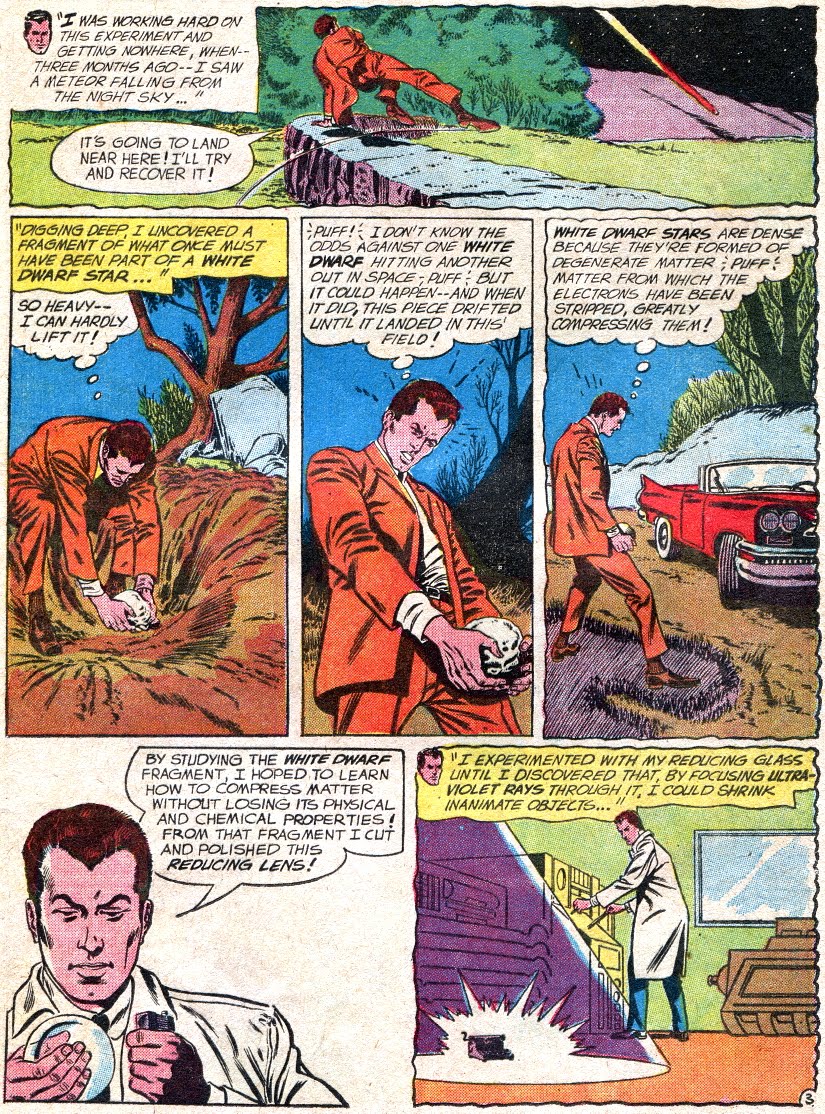 In the show, Palmer gets it from a mine:

Yep, I just sent the notarized transfer of ownership. Now listen, I want to get a jump on the mining operations immediately. Let me know as soon as the first of the dwarf star alloy is extracted.

In either case, the material is literally a piece of a white dwarf star, though in the Arrowverse it would seem to be further underground.

As an aside, a white dwarf star has a density of about 1,000,000,000 kilograms per cubic meter. Assuming that little piece of star Palmer is picking up is 0.1 meters in radius, it should have a mass of about 4,000,000 kilograms, or a weight of about 10 million pounds. Even for a field scientist, Palmer is surprisingly athletic.

yes it is actually from a white dwarf star, but Raymond has a shrink ray emitter in his suit to compress, or thread, the actual dwarf star fragment through the exoskin, making the exoskin the armour itself.

Not the answer you're looking for? Browse other questions tagged dc arrowverse or ask your own question.

5
What is the origin of the idea that Lex Luthor is Jewish?
12
How exactly does the world-hell transition work in Constantine?
5
What are the papers Ray had Felicity sign in the penultimate episode of Season 3 and why?
12
In the 2015 Supergirl pilot, why do they avoid saying "Superman"?
8
Captain Cold. What is so special about the cold gun?
6
How exactly did Zoom fake his death?
7
What are the rules of time travel in Legends of Tomorrow?
8
What do the stars on Wonder Woman's outfit represent?
13
Why was the axe in Justice League so special? What made it so?