Can you use the Inferius spell on any cadaver, or just on dead people/witches and wizards?

I've had a look through a few sources, but I can't find a clear cut answer. I know all the Inferi in Harry Potter were originally human, but is it possible to create an Inferius using the cadaver of, let's say, a cat? Or perhaps a magical creature? Obviously the creature would lose the magical abilities it had when it was alive, but is it possible?

This may be a somewhat conjectural response but I'm going to go with no, only humans can be Inferi.

I base this on Snape's definition of Inferi and the surrounding discussion in Half-Blood Prince.

"Let us ask Potter how we would tell the difference between an Inferius and a ghost."
[...] "Yeah, ghosts are transparent, but Inferi are dead bodies, aren't they? So they'd be solid -"
"A five year-old could have told us as much," sneered Snape. "The Inferius is a corpse that has been reanimated by a Dark wizard's spells. It is not alive, it is merely used like a puppet to do the wizard's bidding. A ghost, as I trust that you are all aware by now, is the imprint of a departed soul left upon the earth...and, of course, as Potter so wisely tells us, transparent".
(Half-Blood Prince, Chapter 21, The Unknowable Room).

Here we have a technical definition of an Inferius but also an indication of how you'd tell one apart from a ghost. Despite all his condescension, Snape doesn't actually contradict Harry. Ghosts are transparent, Inferi aren't. If there was another distinguishing feature that could be used to tell them apart then it makes sense that Snape would have used it here. Instead, Ron gets to back Harry up with this snarky point.

"Well, what Harry said is the most useful thing if we're trying to tell them apart!" said Ron. "When we come face to face with one down a dark alley we're going to be having a shufti to see whether it's solid, aren't we, we're not going to be asking, 'Excuse me, are you the imprint of a departed soul?'"
(Half-Blood Prince, Chapter 21, The Unknowable Room).

It may not be a nailed-down certainty but from Snape's silence I'd say that we can surmise that Inferi and ghosts can only be distinguished by whether they're transparent or not. Not by one being a human and the other a non-human.

Now, do ghosts have to be humans? According to Nearly-Headless Nick, absolutely.

Nearly Headless Nick hesitated, then said, "Not everyone can come back as a ghost."
"What do you mean?" said Harry quickly.
"Only...only wizards."
(Order of the Phoenix, Chapter 38, The Second War Begins).

If ghosts only differ from Inferi by being transparent and only (human) wizards can become ghosts then it follows that only humans can become Inferi.

So it's too bad for Mrs Norris if she wants to come back and freak out future generations of Hogwarts students in any capacity.

First of all we know from Pottermore that animals can become ghosts. Namely there was a collectible book titled Animal ghosts of Britain. 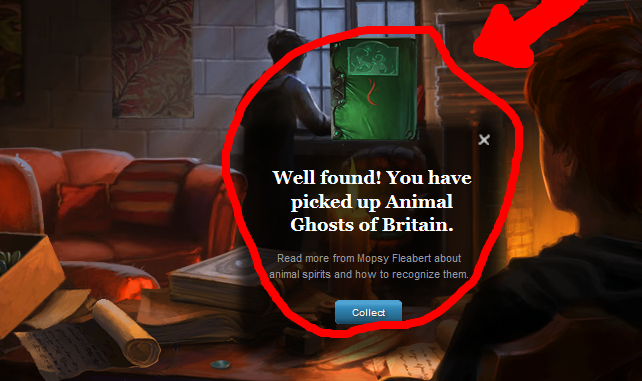 As for how this applies to inferi, we can look to the formal and informal description of their differences that were provided by Proffesor Snape and Harry respectively.

“Let us ask Potter how we would tell the difference between an Inferius and a ghost.”
The whole class looked around at Harry, who hastily tried to recall what Dumbledore had told him the night that they had gone to visit Slughorn.
“Er — well — ghosts are transparent —” he said.
“Oh, very good,” interrupted Snape, his lip curling. “Yes, it is easy to see that nearly six years of magical education have not been wasted on you, Potter. ‘Ghosts are transparent.’ ”
Pansy Parkinson let out a high-pitched giggle. Several other people were smirking. Harry took a deep breath and continued calmly, though his insides were boiling, “Yeah, ghosts are transparent, but Inferi are dead bodies, aren’t they? So they’d be solid —”
“A five-year-old could have told us as much,” sneered Snape.
“The Inferius is a corpse that has been reanimated by a Dark wizard’s spells. It is not alive, it is merely used like a puppet to do the wizard’s bidding. A ghost, as I trust that you are all aware by now, is the imprint of a departed soul left upon the earth . . . and of course, as Potter so wisely tells us, transparent.”
“Well, what Harry said is the most useful if we’re trying to tell them apart!” said Ron. “When we come face-to-face with one down a dark alley, we’re going to be having a shufti to see if it’s solid, aren’t we, we’re not going to be asking, ‘Excuse me, are you the imprint of a departed soul?’ ”
(Harry Potter and the Half-Blood Prince - Chapter 21 (transcribed on Pottermore here and here))

We can see that one of the differences NOT listed is that while while ghosts can be animals, an inferius must be a wizard.

Therefore, we can probably assume that animals can become inferi as well

I'm not sure the subject of "animal Inferi" has been treated. The only definition I recall is

"Er... right," said Harry. "Well, on that leaflet, it said something about Inferi. What exactly are they? The leaflet wasn't very clear."

"They are corpses," said Dumbledore calmly. "Dead bodies that have been bewitched to do a Dark wizard's bidding. Inferi have not been seen for a long time, however, not since Voldemort was last powerful... he killed enough people to make an army of them, of course.
(Half-Blood Prince, Chapter 4, Horace Slughorn)

This seems to mean that a human ("people") has to be killed for an Inferius to be created.

Most likely, only humans can become Inferi.

In the JKR Pottermore writing on Inferi, Inferi are referred to as human bodies twice. It’s explained the easiest way to tell an Inferius from a living human, and it’s mentioned that the spells to reanimate a human body are complex.

An Inferius (plural: Inferi) is a corpse that has been reanimated by a Dark wizard’s curse. It becomes a grisly puppet, and may be used as an expendable servant by the Dark wizard in question. The most obvious sign that one is facing an Inferius rather than a living human are the white and cloudy eyes.

The spells used to reanimate a human body are much more complex than those used, for instance, to make inanimate objects fly. The Inferius may be cursed to respond lethally if disturbed, to kill indiscriminately, and to undertake perilous jobs for its master.
Inferi (Pottermore)

This implies that, at the very least, the vast majority of Inferi are human corpses. (This doesn’t necessarily rule out it being possible to reanimate an animal corpse, but it’s almost certainly not a common practice even among Dark wizards.)

Inferi can be created with the corpses of Muggles.

Inferi don’t have to be created from the corpses of wizards, Muggle corpses would work just as well. The majority of the Inferi guarding the Dark Lord’s Horcrux were made from Muggles killed specifically with the intent of creating Inferi.

The Inferi whom Harry and Dumbledore encounter in the depths of the lake in Harry Potter and the Half-Blood Prince were, when alive, mostly vagrant, homeless Muggles whom Voldemort had murdered for the purpose during his first rise to power, although some were the earthly remains of wizards or witches who ‘disappeared’ without explanation.
Inferi (Pottermore)

This also implies that Muggle corpses would work equally as well as wizard corpses, since it’s unlikely the Dark Lord would settle for “half-strength” guards for his Horcrux.

8
Did Voldemort's cave automatically spawn Inferi?
1
What happens to an animal's soul when you transfigure it?

9
Can wizards or witches kill accidentally?
22
Can any magic besides the Sorcerer's Stone or Horcruxes delay death?
9
Can wizards use magic to find information in a library?
15
Can Muggles give birth to a magic sensitive child similar to a Squib?
7
Why is Aragog suddenly smaller in Half-Blood Prince?
3
Is there a way to determine if a person was Imperiused if they are dead?
4
How can the Room of Requirement be so easily accessed using force?
18
When did wizards and witches first learn that a love-sacrifice protects against the Killing Curse?