Did Legolas leave his father and people behind when he went into the West?

After Elessar's death, Legolas and Gimli also took a ship and went into the West.

Strictly speaking, Legolas shouldn't have been allowed either, as Tolkien says

But the promise made to the Eldar (the High Elves – not to other varieties, they had long before made their irrevocable choice, preferring Middle-earth to paradise) for their sufferings in the struggle with the prime Dark Lord had still to be fulfilled: that they should always be able to leave Middle-earth, if they wished, and pass over Sea to the True West, by the Straight Road, and so come to Eressëa – but so pass out of time and history, never to return. ... [Letters, #154] (emphasis mine)

Legolas (and his father Thranduil and presumably some others who led a population of Teleri and possibly even Avari) were Sindar, and while considered Eldar, they were not Calaquendi, i.e. High Elves, as per the Sundering of the Elves chart in the Silmarillion. 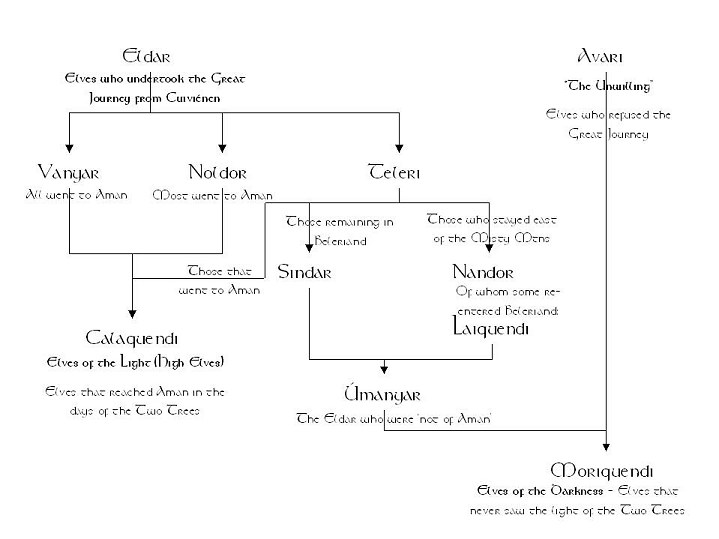 Was Legolas given special dispense, just like Gimli and the Ringbearers?

Wouldn't that mean he said farewell to his entire people and his father (we never hear about his mother in Tolkien's male-dominated universe) forever? Beyond the end of the world, as I believe it's described in the parting of Elrond and Arwen? With those left behind to become

rustic folk of dell and cave [Galadriel in LOTR]

I don't think you're right that High Elves means exclusively "Calaquendi" in that letter(*). On the contrary, most things I've read indicate that all Eldar were able to go into the West; only the Avari, those who had originally refused, were not allowed. Sindar are considered only to be lingering in Middle-Earth, not refusing the call altogether.

Indeed, both Wikipedia and the LOTR wikia indicate that a large portion of the Sindar did indeed sail to the West after the destruction of Beleriand at the end of the First Age.

(*) and note that Calaquendi just means Elves of the Light, ie those who had actually lived in the Light of the Two Trees; if that were the defining principle, not even Elrond would be able to go into the West.

I think Thranduil did sail to the West. We do know that Celeborn went and Tolkien does state that with his passing, the last of the Eldar departed with him. Since Thranduil is Sindarin and considered part of the Eldar, Tolkien seems to suggest that Thranduil also departed. I also find it hard to believe that Thranduil would stay in Middle-earth, knowing that Legolas and his father were in the West. Also, the time of the rule of Man had come to Middle-earth and they were ever expanding their territory. Remember that after the War of the Ring, Thranduil and Celeborn divided the Woodland Realm, Thranduil in the North, Celeborn in the South and the land in between was given to the Beornings and Woodmen. Given all this, it is logical that he would leave and as a Sindar, he was allowed by the Valar to go.

I think that Thranduil and his people went to the West because when Aragon dies, and, Arwen is left alone, she wanders to Lothien, which has been abandoned. If the Woodland Realm was still in existence and Thranduil was still king, no doubt she would have gone there for comfort and help, and Thranduil, being a good and kingly king would have helped her in her last days.

I also think that Thranduil would have wanted to go West once Legolas had gone, as his family, his wife, son, and father were there.

10
Early history of men
10
Numenorean Interaction With Other Men
12
Sailing West from Middle Earth as a Human
8
Why did the Valar hold different attitudes towards Elves and Men?
2
What is society like in Aman?
5
How did Legolas and Aragorn first meet?
21
Who steered the Grey Ships into the West?
9
When do Legolas and Gimli begin to respect and trust one another?