Can a speedster move fast enough in a room to be unnoticed by people in it?

In Invincible (The Flash 2014 S02E22), Caitlin hallucinates Zoom appearing in front of her. I think it is a hallucination, but I wonder: Can a speedster move fast enough that they can remain unnoticed by everyone in a room, except select people?

Of course, it's the speed of the speedster that should cause the invisibility, not the conditions in the room. The Flash crouching in a corner behind a flower pot in a poorly-lit auditorium with just a janitor sweeping the floor doesn't count.

I don't think the Flash in the current TV show has shown this ability (or any other speedster in that show), or that anybody in that show has enough control over air and the Speed Force discharges to be able to do so. If one has, it would be great, but if not, an example from any of the DC speedsters would do.

It depends on whether you are watching the televised Flash or the comic Flash to determine the special effects of the Flash's Speed Force-derived abilities. Each has different requirements based on the media and as such will appear differently. 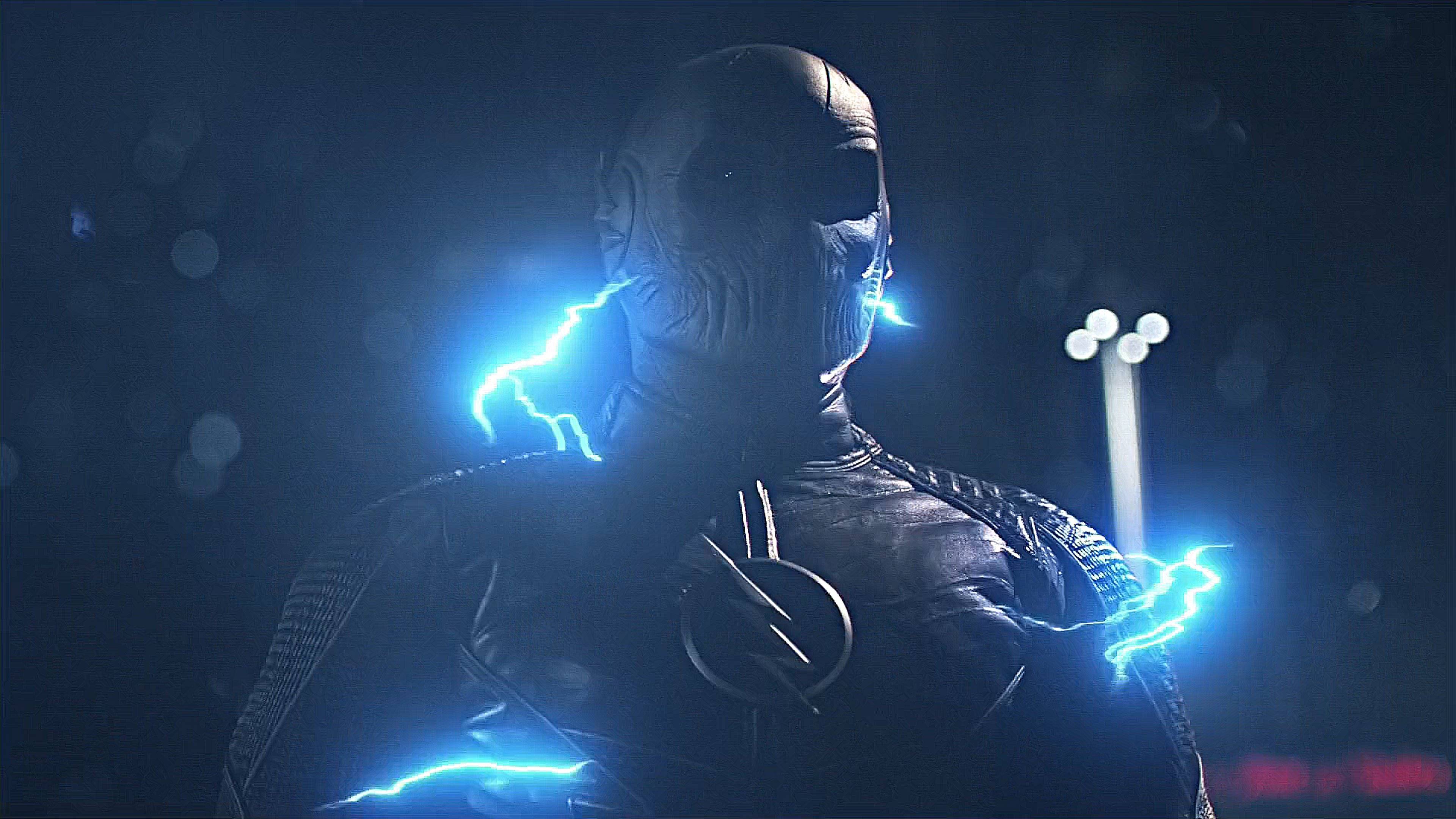 In the Televised Series

Zoom, on the other hand does not suppress his powers, using the blue lightning around him as a sign of his power and his greater speed to intimidate others.

Can he move through a scene without being seen or noticed? It should be possible, otherwise scenes, such as the episode Invincible, where he is talking to his boss as the Flash, zips out and then suddenly reappears as Barry (without the corresponding swooshing and lightning) would not be possible. Strangely enough, most of the time it is the leaving of the scene where papers fly about, not the arrivals. Both should have the same amount of atmospheric disturbance. 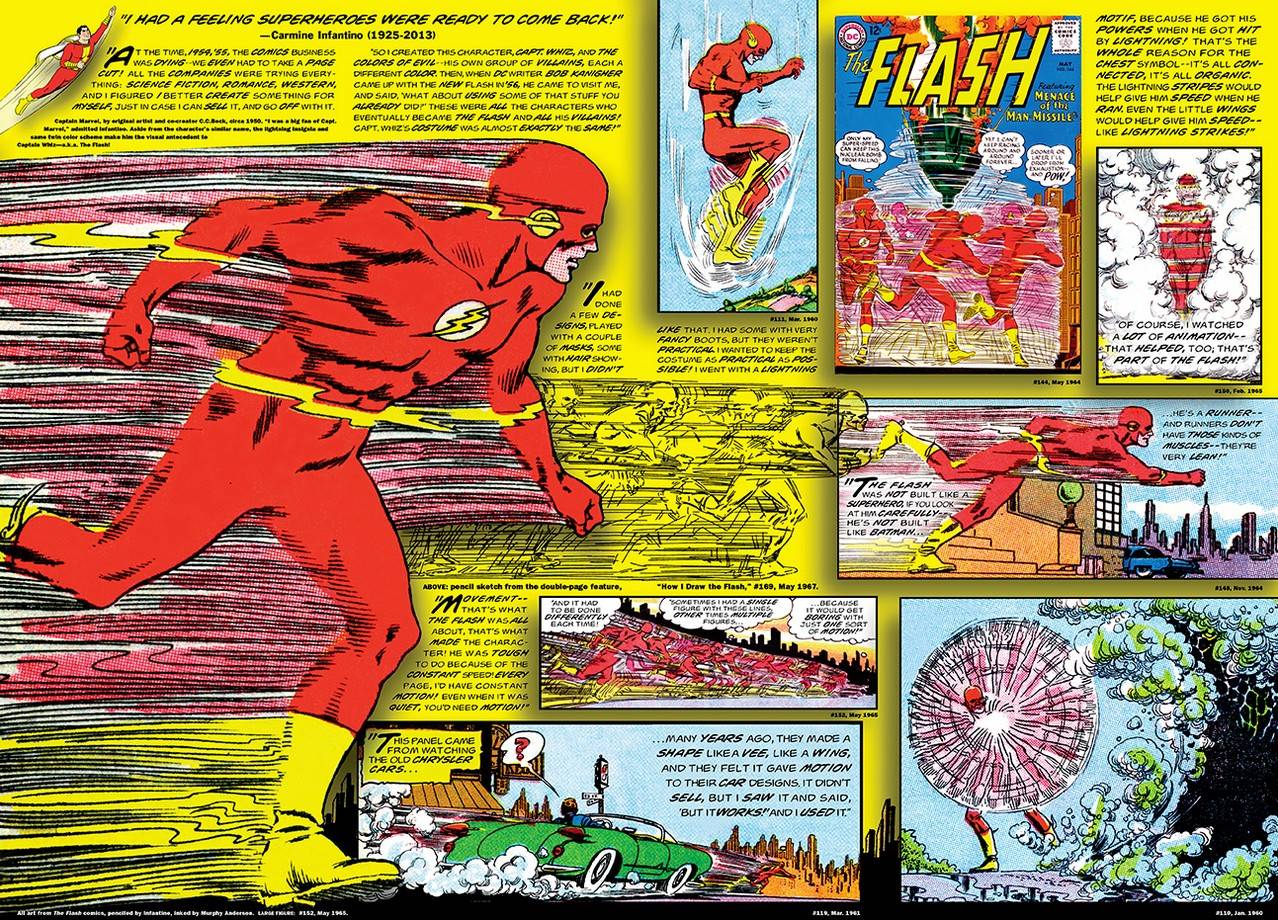 In the comics, the Flash has show he has complete control of his atomic structure. So much so he can manipulate his molecules for a number of feats the televised Flash is still learning to do.

If the question is, "Can a speedster move through a room unnoticed", then yes. We've seen plenty of cases where speedsters moved through rooms fast enough not to be noticed. As you mention, they have to be careful not to do anything that would get them noticed, such as bumping into things, or creating a draft, but if they are practiced enough they can do it.

But if the question is "Can a speedster move through a room and be selectively noticed?", then probably not. A speedster can go unnoticed by moving faster than the human eye can detect their presence. Think of this similar to how TV works - if the speedster is only in the line of sight "between frames" (e.g. less than about 1/50th of a second or so) then the brain will most likely edit them out as a visual anomaly. But in order to be seen by anyone, they have to slow down long enough for the eye to pick them up -- in which case anyone looking will see them. If they want to be noticed only by specific people, they need to do more than just use their speed. They also need to selectively slow down in places and times when only one person is actually looking -- not much different from someone sneaking around at normal speed.

In response to the flash moving in a crowd unseen, another prime example would be during the current TV version when Barry Allen gets an alert of a metahuman while at jitters. The coffee shop is usually crowded but he doesn't think twice about making a sudden move to take down a criminal and if you notice nobody ever looks up or acknowledges that the flash was present, because they have no knowledge of his presence. Also on behalf of savitar notice that when he runs he immediately enters the speed force which in turn eliminates all side effects e.g. drafts, lightning sound. Once Barry reaches his full potential it is very likely that when he runs he's not even in the same realm as us because of the frequency he moves leaving him undetected.

Yes. In the show, Barry does this to Iris and walks around her while she is "frozen" in timea and she had no idea that it happened.

Not the answer you're looking for? Browse other questions tagged dc arrowverse the-flash or ask your own question.

18
Can Superman kill people with his X-Ray vision?
6
How can Superman legally arrest people outside of Metropolis?
4
How fast can you fly with a Legion Flight Ring?
2
Why can Rip Hunter only choose people with a minimal effect on the 22nd Century timeline?
2
Can the Flash run fast enough to escape a black hole?
1
How fast can Smallville Clark Kent move?
5
How fast can a Green Lantern fly?
5
Can we establish how fast the Flash is moving in “Enter Flashtime”?
3
How can The Flash carry multiple people at once?