Who are these 'Incredibles' superheroes? 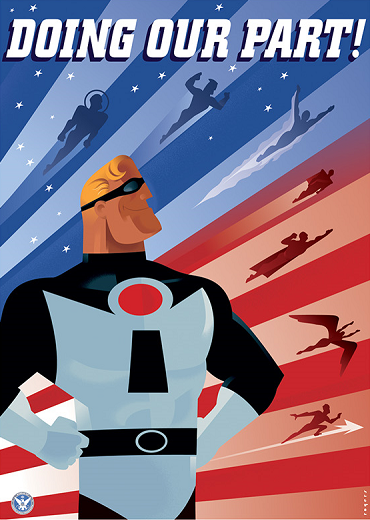 The one in the foreground is obviously Mr. Incredible, but who are the ones in the background?

A few of the 'supers' in the pictures are identifiable; Frozone by his distinctive ice trail, Dynaguy by his helmet crest and Meta-Man by his trademark pose.

The others depicted don't appear in the film or any of its associated materials, in particular; 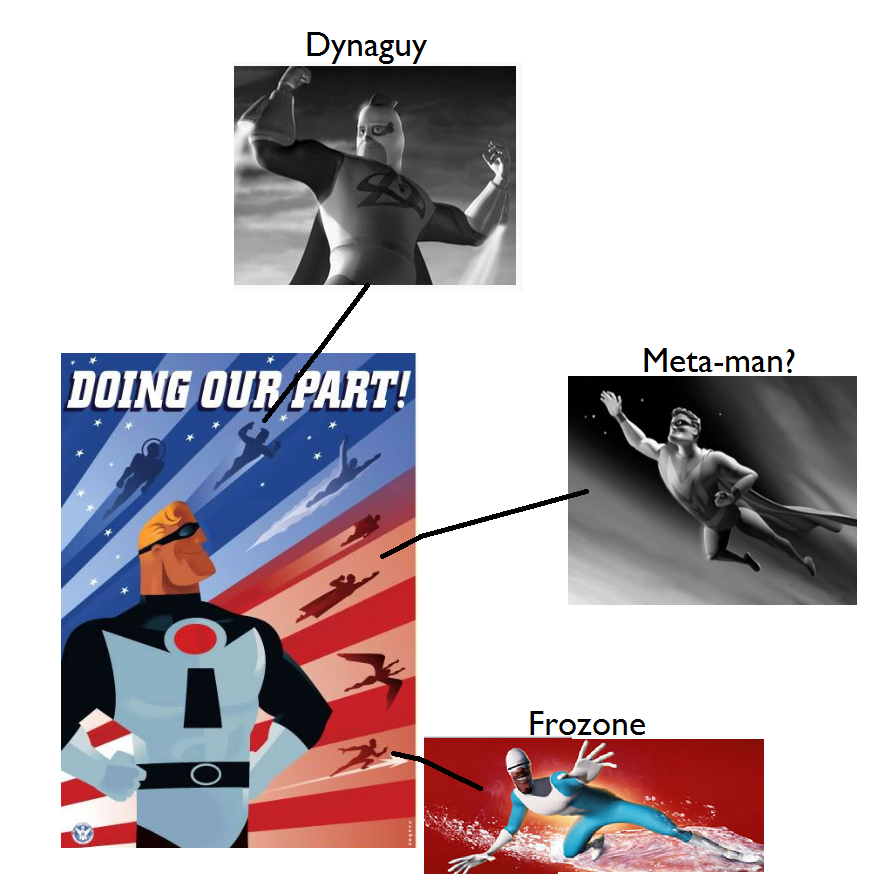 Not the answer you're looking for? Browse other questions tagged character-identification super-hero disney pixar the-incredibles or ask your own question.