Although it is obviously a matter of personal taste, I think Moore was the better artist, but Adlard was more successful in capturing the mood of the series. 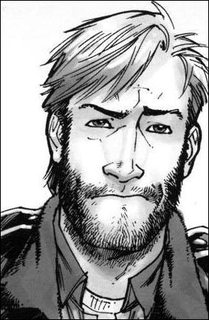 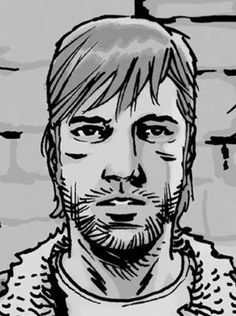 Rick Grimes, as drawn by Moore (left) and Adlard (right) 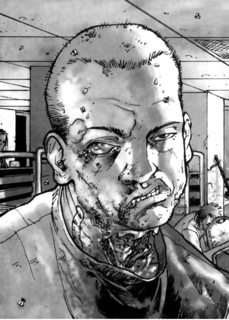 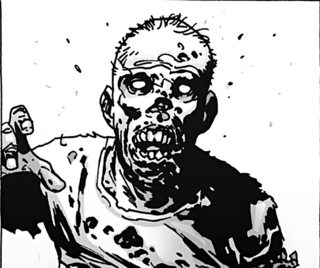 Zombies, as drawn by Moore (left) and Adlard (right)

Why did Adlard replace Moore? Have Moore, Adlard, or Kirkman ever explained this?

Moore had trouble with deadlines

According to an interview with Kirkman:

Q: You and artist Tony Moore are longtime friends and collaborators. You created The Walking Dead comic together. What prompted Tony to leave the series? Any drama, I hope?

A: Well, there’s always drama when people as close as Tony and I work together. So, you know, sure. My favourite response to this question is that Tony got pregnant and had to leave the book, because that leaves things interesting and mysterious which is the best way to leave them.

The real answer is much more boring. We were very adamant about scheduling early on, and Tony—fantastic artist though he is—is much more the type that works best on a variety of projects, rather than a single, constant deadline, so we decided it would be best if we went our separate ways for the time being. So, at that time, I contacted Charlie Adlard, who is a fantastic artist, and we’ve been working together ever since.

The darkness of Adlard's style may have better suited the comic

There are two other possible contributing factors.

Robert Kirkman, creator of The Walking Dead, has stated that Adlard's style is better suited to capturing the "mood" and "eeriness" of the series.

When asked about the artistic switch from Tony Moore to Charlie Adlard, Kirkman replied:

"Tony and Charlie both do a great job portraying the characters emotions and expressions, as well as drawing some mighty cool zombies, Tony especially—I think that guy kills people and keeps them in his basement for reference. Charlie, I think, adds an additional layer of mood and eeriness that Tony wasn't really bringing to the plate. This book just keeps getting darker and darker and I think Charlie came on the book at the right time for that. I think Charlie's stuff makes the book seem more "serious" somehow. Both artists do a great job, though. Tony's covers are spectacular and Charlie blows me away with every issue he turns in."

While this is stated in terms of Adlard "coming in at the right time" for a shift in tone, some of the language makes me suspect that this was one of the reasons for bringing him on. For example:

"...an additional layer of mood and eeriness that Tony wasn't really bringing to the plate."

Kirkman and Moore may have had a falling-out

According to Kirkman, in an interview with Marc Maron:

Kirman: “Yeah, it’s definitely an unfortunate thing but I think like, uh, I don’t know. I still love the guy. If he called today and said he needed a kidney, like, there’s a history there. It’s like real, you know? But yeah, we definitely drifted apart. So, you know.”

Kirkman: “Over the comic. That six issue break was a pretty, uh, defining moment in both of our lives.”

Moore later filed a suit, claiming that he (as co-creator of The Walking Dead) had been deceived into giving up his stake in the work. Although the suit was not filed until 2012, from what Kirkman says in the preceding quote the "drifting apart" may have happened earlier, during the run of the comic. This is, of course, not inconsistent with the idea that Kirkman judged Moore's art style to be inappropriate for the direction the comic was going.

As evidence that the hiring of Adlard itself likely was acrimonious, an interview with Moore:

Q: If you were on a boat with Kirkman and Charlie Adlard and you and Adlard fell out of the boat and were drowning, who do you think Kirkman would save?

A: Charlie is clearly much more useful to him. I'd wager I was pushed out of the boat in the first place.

After digging a little, here is what I found out.

Moore alleges in a lawsuit that Kirkman, a childhood friend with whom he collaborated on several comics, tricked him into surrendering his rights to them in 2005 in exchange for payments that never came. Kirkman calls the allegations "ridiculous."

Some more extract from the same source, emphasis mine :

He said self-publishing "Battle Pope" with Moore helped him find other artists' online and win their trust.

"Because I had gotten 'Battle Pope' published, when I went to people online and I was like, 'Hey I've got this thing'… I seemed somewhat legit, despite not being legit at all," he said, with a large dose of self-deprecation. "So they trusted me and I was able to do that and people would agree to do books with me."

He added: "But it's very hard if you haven't done that, because there's hundreds of people that are contacting artists that are on… different websites all the time going, 'Hey, you want to do a book with me?' And you don't know who that guy is, and a lot of times artists get screwed where peole are like, 'Oh, let's do a book together and I'll pay you or I won't pay you… people are a little squirelly."

He ended by repeating his proven laugh line: "So I would advise trickery and deceit."

Moore said he agreed to sign over his rights to his collaborations in exchange for a cut of their earnings. But he said he has not received the earnings, or been allowed to look over Kirkman's books, as they had agreed in a 2005 contract.

Reading between the lines, I think that Kirkman, who was a childhood friend of Moore, worked with him as an artist in the beginning because he had no other choice. But as his legitimacy grew (from self-publishing some actual book) he searched for other artists.

So I think the real question is not "Why did Adlard replace Moore" but "Why did Kirkman want Moore out ?" I'll keep digging.

The lawsuit is real and a matter of public record. Kirkman did what other artists and creators have done when they first tasted success. Tony got a lousy deal.

Not the answer you're looking for? Browse other questions tagged comics the-walking-dead behind-the-scenes art robert-kirkman or ask your own question.