In Star Wars : The Attack of The Clones, with interpreting this scene, can we say that Qui Gon was guiding Anakin all the time?

Note: The scene is when Anakin kills the Tusken Raiders. 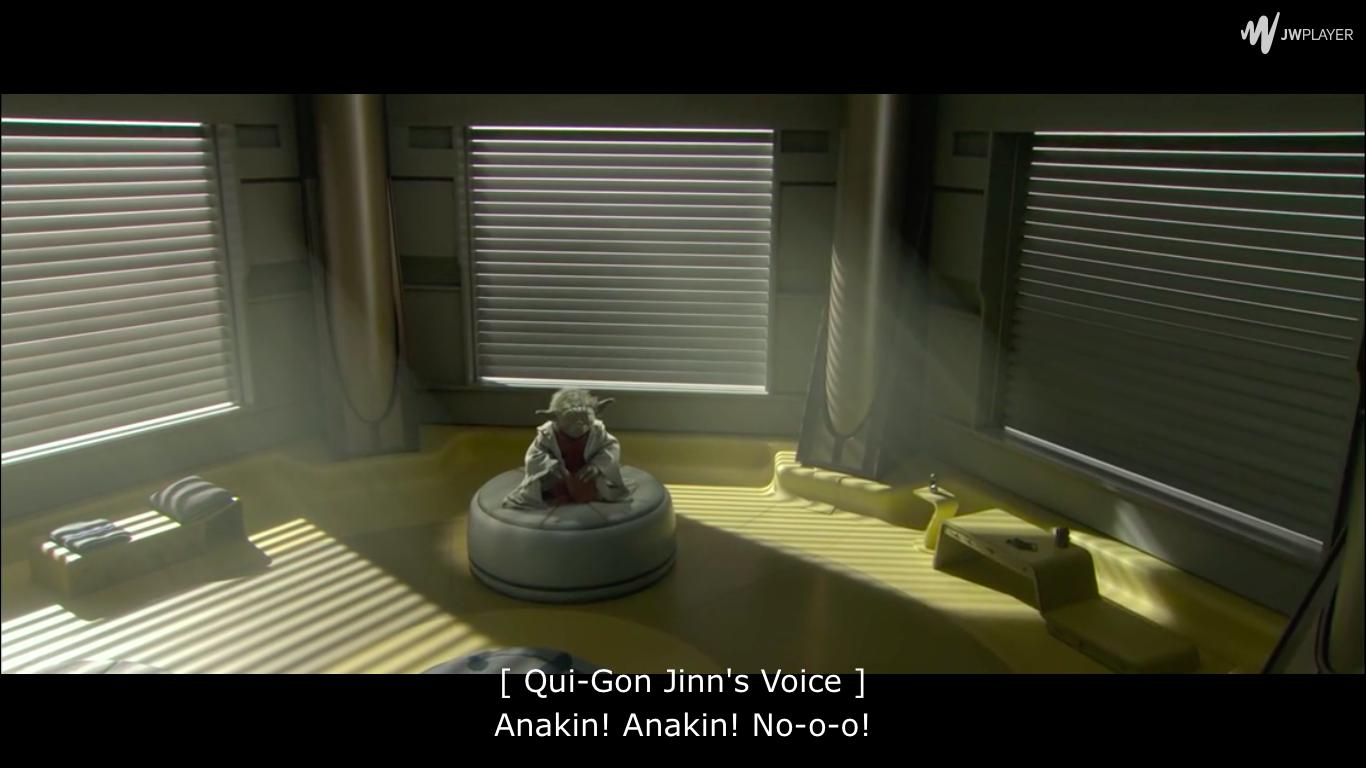 It was Yoda hearing Qui-Gon Jinn's reaction to what Anakin had just done.

Qui-Gon Jinn just learned how to retain consciousness after death, although he was not able to physically manifest himself.

Though his training had been incomplete, Jinn utilized what he learned from the Force Priestesses to become one with the Force and retain his identity after his death. He had not fully learned the mystery, however, so he could not physically manifest himself, only speak as a disembodied voice.

Then is further explained that the first time he was able to show his presence in some form was when Anakin slaughtered all the Tusken.

The first known time that Jinn communicated through the Force was shortly before the outbreak of the Clone Wars. Skywalker had returned to Tatooine to find his mother, about whom he had been having recurring nightmares, and discovered she had been kidnapped by Tusken Raiders. He found her in a Tusken camp, but she died only moments later. In his anger, Skywalker slaughtered all the Tuskens in the camp. Jinn, sensing the great pain and distress, called out to Skywalker through the Force, which Yoda could hear—but not comprehend—through his own meditations

Then it is shown that Yoda was just learning to communicate with Qui-Gon , which happened to be when Yoda hears his reaction to the slaughter.

Yoda was only just beginning to learn how to communicate with him. As he meditated, he was hearing Qui-Gon's reaction to seeing Anakin killing the Sand People on the other side.

So no, Qui-Gon Jinn was not guiding Anakin.

17
Why couldn't Qui-Gon Jinn's Force ghost warn Yoda when Anakin killed the Tusken Raiders?
55
When did Qui-Gon Jinn defy the council before?
18
Where are Obi-Wan Kenobi's and Qui-gon Jinn's Lightsabers?
0
Why doesn't Qui-Gon suspect Darth Maul may have been after Anakin?
18
Why did Qui-Gon and Anakin need to hide the fact that Anakin built the pod-racer?
29
Has Qui-Gon ever visibly appeared as a Force ghost?
33
Why does Padme react this way after the Tusken incident?
6
Why did Anakin blame Obi-Wan on Tatooine?
8
Did Qui-Gon use precognition to know that Anakin would survive the pod-race?
22
What made Qui-Gon Jinn really believe that Anakin Skywalker was the chosen one?