I remember watching this movie on TV when I was a kid. It must be around 1997-98, but I'm not sure. Of course, the movie itself must be older.

It was about a strange, otherworldly tower-like structure suddenly appearing on a desert-like place (probably somewhere around Middle-East, again not sure). It had healing powers around its surrounding area. One of the main characters had a cancer (lung cancer maybe) and when he came around this structure he was gradually healed.

I remember a specific line in the movie that goes: (Wording might not be the same.) "This thing might be what we call The God for thousands of years."

Once it was discovered, there was a military occupation around and they were arguing about whether or not to destroy while main characters were trying to save it. At some point, they were going inside the structure.

I could not find the movie. Maybe I misremember some things. Anyone have an idea?

story-identification movie
Share
Improve this question
edited May 23 '16 at 17:22

Alarmed by the electromagnetic phenomenon and under request of the government of Bhutan, the American NSA launches a military and scientific reconnaissance operation on site, led by Dr. K.C. Czaban (Stephanie Niznik) with the technical assistance of terminally ill engineer Mason Rand (David Keith), picked up on the Mexican border in time for the mission. The team finds the artifact suspended in the air and object of veneration from the natives, who call it the Torus and consider it a gift from the gods with extraordinary healing properties. 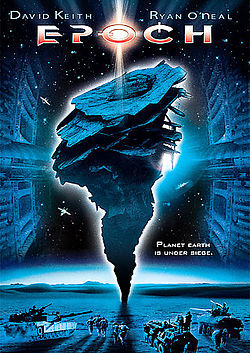 9
Sci-fi B movie similar to Arrival

10
What is this old movie that featured round, flat creatures that killed by touch?
59
Movie about a boy, two men, a robot and a war
4
A non American TV Show / Movie about immortal werewolves
5
Movie about a family thrown into a fantasy world
13
Movie with cyberpunk-like villain set in jungle
8
Movie where a man is injected with alien DNA that heals his wounds