Can Watto get drunk and blow up Anakin?

In The Phantom Menace, Anakin talks about having a bomb inside of him and, should he try to escape, Watto can simply blow him up.

SHMI: All slaves have transmitters placed inside their bodies somewhere.

ANAKIN: I've been working on a scanner to try and locate them, but no luck.

SHMI: Any attempt to escape...

Did they ever remove this bomb or device from Anakin? Did Watto still retain the ability to blow up Anakin?

No, the device was deactivated and later removed.

They went to Watto's shop first, where the Toydarian had completed the forms necessary to assure Anakin's freedom. The transmitter that bound Anakin to his life of slavery was deactivated permanently. It would be removed surgically at a later date. Watto was still grumbling about the unfairness of things as they left him and went back out into the street. 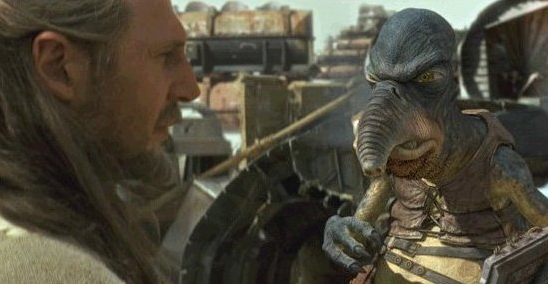 And from the junior novel (Thanks be to Rich- Valorum, the only person with the book):

Silently, Qui-Gon fell into step beside him. The Jedi did not speak until the slave quarters were out of sight behind a building. Then he gestured Anakin to the left. “We have to stop at Watto’s shop.” Startled, Anakin looked up. “Why?” “To get your slave transmitter neutralized.” The process didn’t take long, but it left Anakin feeling odd, as if he had suddenly become an entirely new and different person. I never thought not being a slave would feel so strange, he thought as he trudged along beside Qui-Gon. 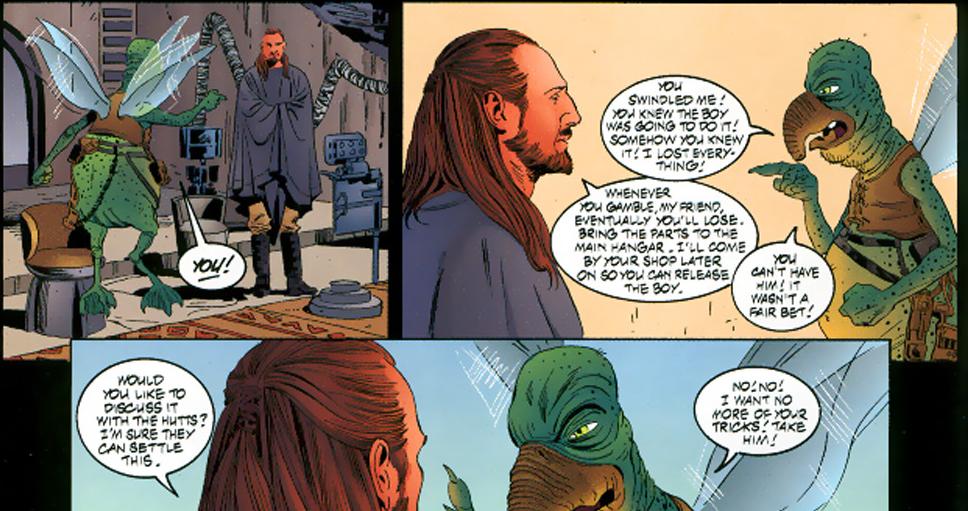 6
Does Darth Vader still have an implanted explosive from when he was a slave?
11
Was Anakin born a slave?

21
How did Anakin restore a protocol droid and build a pod racer in secret?
21
Why didn't a more experienced Jedi train Anakin?
17
Was Shmi Skywalker a Virgin When She Conceived Anakin?
8
Did Anakin Skywalker have a genius IQ?
16
How would the Hutts have settled the bet between Watto and Qui-Gon?
17
What is the age gap between Anakin and Padme?
18
Why did Qui-Gon and Anakin need to hide the fact that Anakin built the pod-racer?
13
How did Anakin Skywalker get into the Trade Federation Droid Control Ship?