Young adult book, read in the 1990s, about a young boy who is inherently lucky who breaks a testing unit

I read it in English in the United States, somewhere in the 1990s. I got it off of the big bookshelf in our family room, which means it could be a good bit older; some of the books were my Dad's. At the beginning, a young boy (maybe an early teen?) leaves his house, where he lives with his parent or parents, and takes a test to become a spaceship pilot for the military. Part of the test judges reaction speed, and he fails the test. He later learns (I think when he's approached by an agent of the government) that he "failed" because he has some sort of enhanced fortune that meant that he was actually giving the results before they could be displayed on the screen. At the time, I remember thinking that the book felt a bit like a Star Wars rip-off.

Years later, I read that one of the Star Wars books (probably now Legends) had Luke similarly failing the Imperial Academy test because he gave his answers too quickly, and it amused me that I was uncertain as to which had come first.

I don't remember anything concrete about the cover, although I have a general impression that it was white. Definitely futuristic. My impression was that the boy was wearing a white uniform for the testing and that the government agent who spoke to him had a grey beard, but I might be mixing bits of Star Wars in there.

Could this be Starluck, by Donald Wismer? 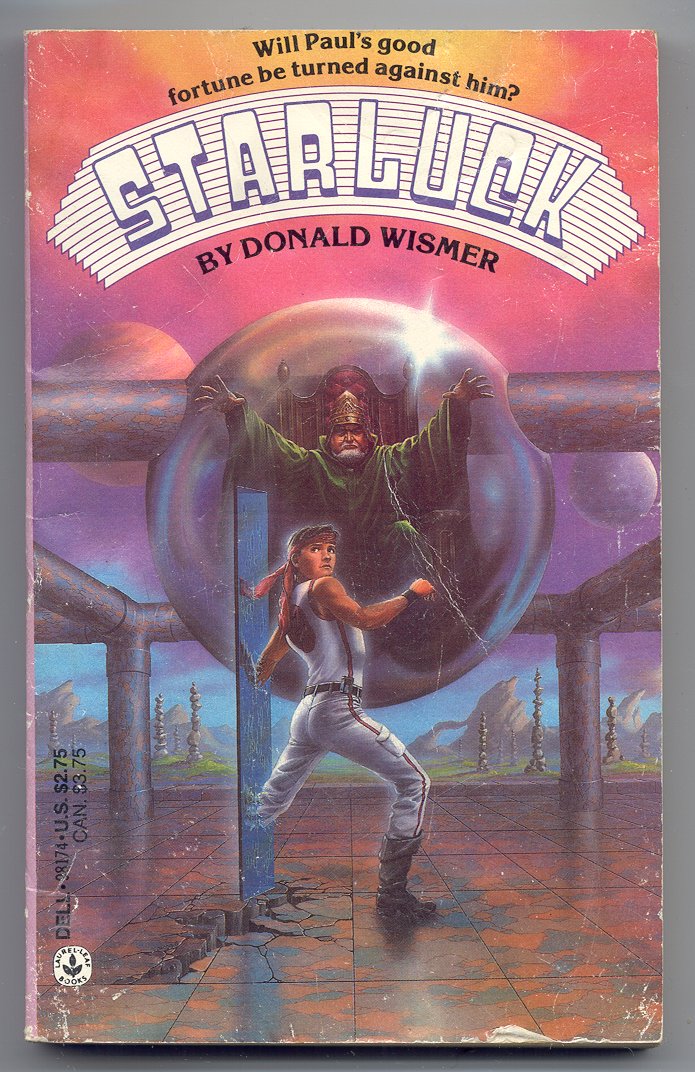 The above is my first science fiction novel. It is based on the idea that luck is an objective quality that can be developed and possibly increased. I wrote the book before I read Larry Niven's Ringworld -- honest. Our young man hero is identified by the Emperor's government as being preternaturally lucky and therefore a long term threat. He is targeted for elimination but luckily escapes and joins an interstellar circus. He travels about the galaxy, learns martial arts, discovers he is a part of a rebel group and eventually confronts the Emperor.

8
Book ID: Kid joins "circus" that opposes an emperor
3
Looking for a Pre-2000 novel with involving children with the power of "Luck"
13
Did Luke apply to the Imperial Academy and fail the test?