Book about a “barren land” patrolled by monsters - surrounds a teleport, green disease

I read a book 50 or so years ago. I can't remember the title or author.

There was a disease or infection. It was green, I think it was called the green ague.

It is found that the barren land was put into place intentionally. It surrounded a teleport. People traveled the galaxy by teleportation through teleports, as we fly around the planet by going to an airport.

The village soap maker enters the barren land. He makes it to the center where the teleport is located. Wildlife forms wander into teleports around the galaxy. They are teleported around, occasionally arriving at the earth teleport. The "monsters".

What is the name and author of the book? I would like to read it again one day.

This is the novel To Conquer Chaos by John Brunner. 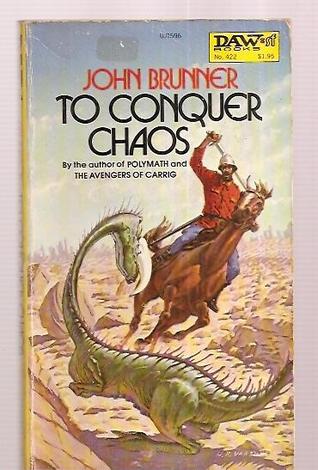 Grey from head to foot with wood-ash, Conrad sat by the soap-vats, in one hand his knife held by the blade close up near the point, in the other a piece of excellent soap—the hardest and whitest he had ever seen set in the shallow wooden pans.

The barren land is indeed called barrenland, and monsters do indeed wander out of it:

The barrenland lay on the face of the world like an ulcer, nearly round, more than three hundred miles in circumference. It had been there so long that it was accepted; it was there and it was a fact and it was.
...
The price of living there was the necessity of contending with the things that every so often wandered out of the barrenland and killed.

The disease is the green mould not the green ague. It first infects a character called Ampier, and comes from a bite by an alien beast from the barrenlands.

Yanderman ignored the question. He said curtly, “Ampier died in the night—did you know?”
“Of course. I was informed directly it happened; I’d given instructions.”
“Have you seen the body?”
“No.”
Yanderman shuddered. “I saw it. They were carrying it out for burning as I came by. He looked as though he’d simply rotted to death. He was completely covered in that filthy green mould.”
Duke Paul nodded. “So they told me. Obviously the beak of the thing he killed was infected, and poisoned his wound. The medics said they could find nothing that would stop the mould growing without killing the sufferer

The story is about an expedition led by Jervis Yanderman to investigate the barrenlands, so Conrad doesn't just go there on his own - he gets there as part of an expedition.

In the centre of the barrenlands is:

The Station. It is indeed an instellar portal, but the people living there don't know how it operates. Conrad manages, quite by accident, to reactivate the portal and regain contact with the rest of galaxy.

17
Book about people learning to teleport from cosmic noise
8
Dystopian England-like Land, Monsters come out at night
12
Looking for old short story about inter-dimensional flashlight
10
Guy tries to enter village, loses his lover, finds a shipwreck, gets into prison, finally flies away
5
Book about teleportation, female main character, can't teleport off Earth
5
Book where people catch the Green Sick, an alien disease, they need evacuating off world to be cured
4
Recent book about a disease that turns people into half-dragons
5
90s fantasy strategy PC game - wizards, warriors and bards