How Far Is Krypton From Earth? Do We Know Where It Is?

I know this would likely vary in different incarnations of Superman, but is it ever specified how far Krypton is from Earth? And is it ever placed on a star chart so we have an idea about where it is?

I started thinking about this when someone made a comment about Superman II and I remembered that a test of a nuclear weapon from Earth created shock waves that ruptured the Phantom Zone and let Zod, Non, and Ursa escape. Shock waves would be sub-light and we don't know how fast the opening to the Phantom Zone travelled as it wandered through space. We also don't know how fast the ship Kal El arrived on Earth was capable of travelling.

DC Comics has finally decided where Krypton is located. Teaming up with Neil deGrasse Tyson, a famed astrophysicist, they have agreed on a star matching the description of Rao. This news is related courtesy of CNET on November 6, 2012. 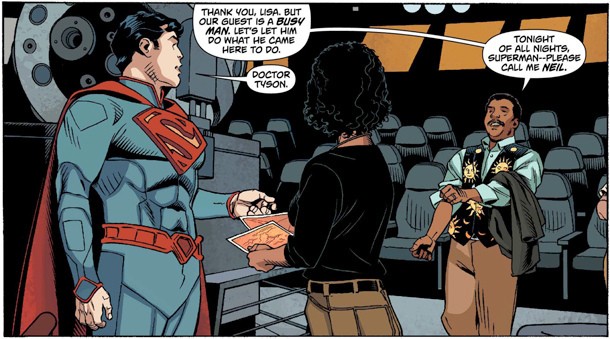 Tyson teamed with DC Comics to track down a Krypton-like system that matches hints from the comics. He found a fitting red dwarf in the constellation Corvus (the crow) in the southern sky, a mere 27.1 light years from Earth.Tyson even gets a cameo in Action Comics #14, "Star Light, Star Bright," when Superman makes a visit to the astrophysicist's planetarium.

You'll need a telescope to find red dwarf LHS 2520, though. If you're not on a first-name basis with Neil deGrasse Tyson like Superman is, then you can just use these coordinates and find it on your own:

According to the DC wiki, post Crisis, Krypton had orbited a star named Rao, 50 light years away.

In the first season, first episode of Supergirl at around 16 minutes, Kara Zor-El says, "I didn't fly 2,000 lightyears just to be an assistant." That makes Earth and Krypton fairly close. In the Superman Movie back in 1979, the opening sequence made it seem like Superman was sent much further. His father states that by the time he reaches Earth, their world would long since have died. If Superman isn't moving faster than light, that could still be 2,000 years if Krypton is 2,000 LY away. But the suggestion by his father is that he is traveling from an alternate dimension to get to Earth, which would put Krypton out of our universe entirely. Lastly, in the first Supergirl episode, her flight to Earth was supposed to have been at the same time Superman was sent by his parents. The exploding Krypton sent her ship into the Phantom Zone, while Superman arrived 24 years after Krypton exploded. If these ships move close to the speed of light, 24 years would be 24 light years; much closer to the star Neil DeGrasse-Tyson chose for Krypton.

I'm fairly sure that Jor El chose Earth because it was inhabited, they saw that there were humans there, so the distance (in light years) between Earth and Krypton can't be more than half the number of years that humans have been around for - time for the light that shows we're here to reach Krypton and then time for Kal El's shuttle to reach us. It would almost certainly be a lot less than half, as Kal El's ship would be sub-lightspeed.

5
Why did Superman & Supergirl start to suffocate instantly when Luthor made our yellow Sun red?
4
Did Kryptonians own any other planet or had at least a major functional colony out there?
15
How strong is Superman on Krypton?
13
How many Kryptonians survived the destruction of Krypton?
2
Do Kryptonians know about the effect of yellow suns and how did they use it?
11
Why was the Phantom Zone “gateway” so close to Earth that the hydrogen bomb shattered it?
9
Why doesn't Superman make his own Flashpoint paradox to save Krypton?
7
Why didn't Mon-El land at the same time as Superman?