How did Gandalf get his staff back after being captured by Saruman in Orthanc?

In the books, it doesn't explicitly describe Gandalf's staff being taken or broken during his imprisonment in/on Orthanc, but in the film, Saruman is shown with Gandalf's staff, and Gandalf is shown to be without it during his escape. Later, during the fellowship's journey from Rivendell, Gandalf has his staff again.

In the books, Gandalf has 2 staves.

The first one which he has all the way up to the encounter with the Balrog. This is broken at the Bridge of Khazad Dum when he breaks the bridge. That staff was presumably created in Valinor as part of his incarnation as a wizard.

The second one is created by Galadriel for him (along with his new white robes) after he returns from death and Gwaihir flies him to Lorien.

Staves are clearly very important receptacles/focuses of power. Saruman is significantly de-powered after Gandalf breaks his staff for example.

In the books, his staff wasn't taken from him. This may not have been in Saruman's power to do. When Gandalf later breaks Saruman's staff, it is clear it is not a trivial event to do it, but rather a ceremony or spell. Saruman can use the power of Orthanc to hold Gandalf, but not "defeat him" as such, unless he gets the One Ring.

Talking specifically about the movie, I think Gandalf had a total of 3 staffs:

This is confirmed by this FAQ on IMDb.com. In the book there seem to be no direct reference to this fight (I checked the book and didn't find anything), so I think it is simply a difference in the movie.

His staff isn't taken from him in the books, so any definitive answer is purely movie-based. Whether that's a mistake or just unexplained would depend on your opinion of the movies.

While only a secondary source albeit a very well-researched and well-accredited one, Ted Nasmith's artwork shows Gandalf retaining his staff as he escapes Isengard on Gwaihir's back. 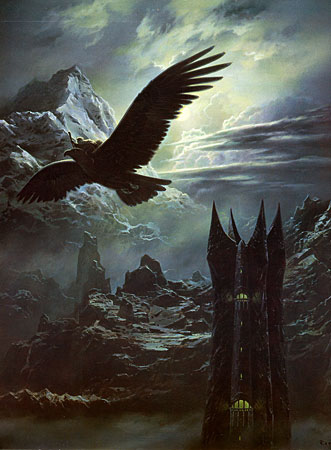 In the books we have no detailed account how Saruman was able to imprison Gandalf (most likely as a head of the order and known mind manipulator Saruman used some of his power to prevent Gandalf from fighting back, so he had no reason to take the staff from him, later orcs or Dunledings in his service took him through the stairs to the Orthanc's roof, where he remained until Gwaihir's rescue). The proof that Gandalf had his staff with him all the time could be taken from very realistic dream of Frodo:

In the dead night, Frodo lay in a dream without light. Then he saw the young moon rising; under its thin light there loomed before him a black wall of rock, pierced by a dark arch like a great gate. It seemed to Frodo that he was lifted up, and passing over he saw that the rock-wall was a circle of hills, and that within it was a plain, and in the midst of the plain stood a pinnacle of stone, like a vast tower but not made by hands. On its top stood the figure of a man. The moon as it rose seemed to hang for a moment above his head and glistened in his white hair as the wind stirred it. Up from the dark plain below came the crying of fell voices, and the howling of many wolves. Suddenly a shadow, like the shape of great wings, passed across the moon. The figure lifted his arms and a light flashed from the staff that he wielded. A mighty eagle swept down and bore him away.

Of course dreams may seem not the most reliable source but in this case it's rather certain (dreams of Frodo are often prophetic, this one was retroactive, as the event it concerned happened earlier).

In the movies it may be that Gandalf just made a new one.

As you say, Gandalf losing his staff (during his capture in Orthanc/Isengard by Saruman) is not mentioned in the book.

As for the movie: 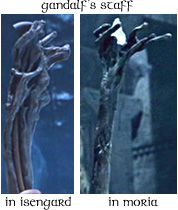 And again, in Orthanc, about to lose it: 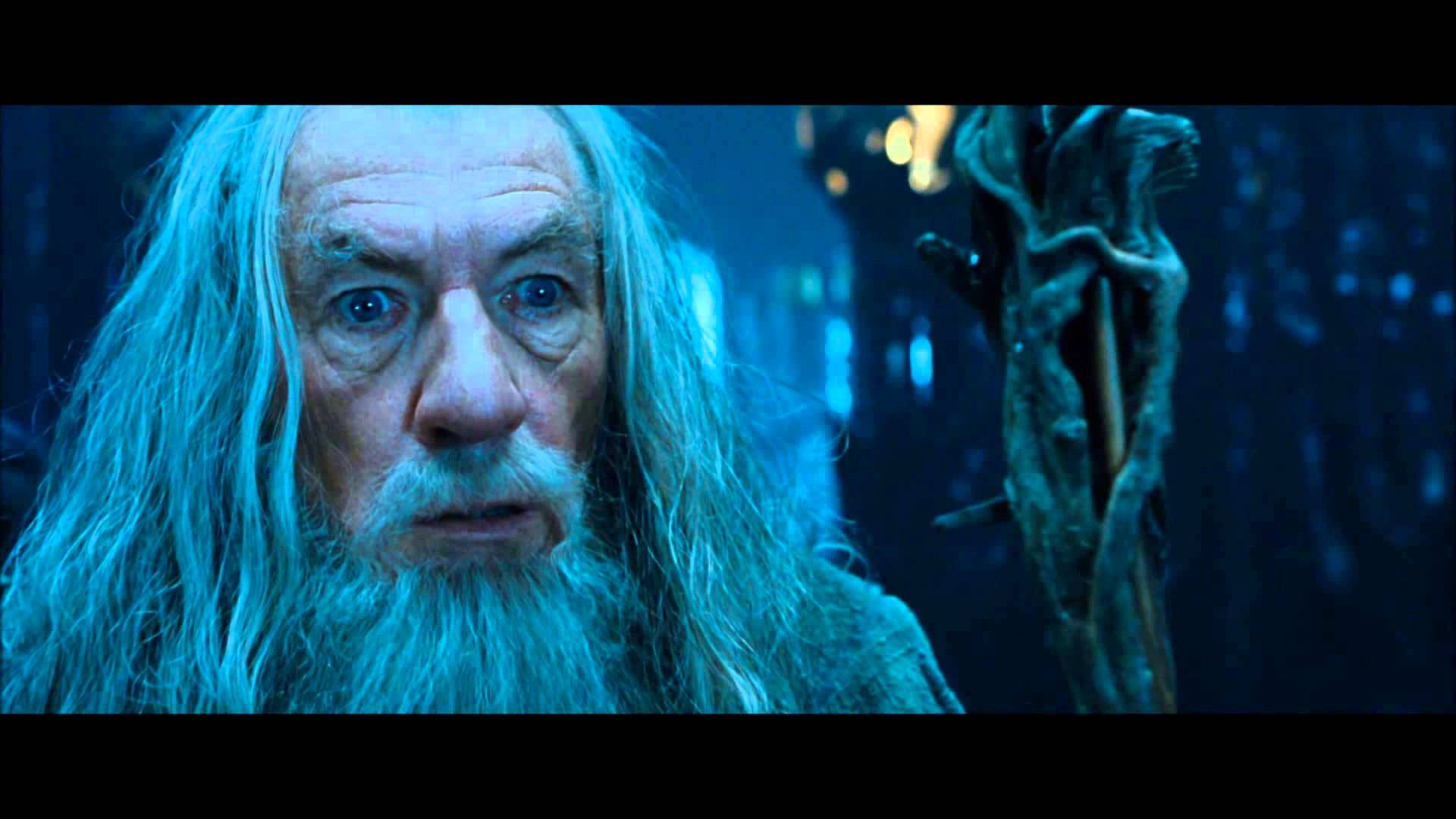 After Orthanc, with replacement: 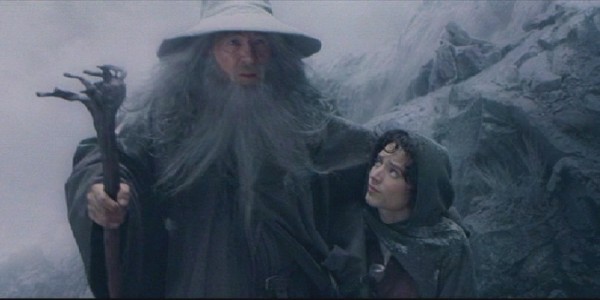 Gandalf seems to have a somewhat different staff after losing the one in Orthanc. Presumably he replaced it.

If memory serves me correctly,chronology in Peter Jackson's motion picture adaption Gandalf acquired a new staff in Rivendell,the house of Elrond, as his first staff(Radagast) was taken by Saruman,in a flashback when he is at Frodo's bedside long before uses the replacement staff that illuminates with a crystal he puts into the crown of it to guide the fellowship through Moria

It was mentioned in the book and movie that the staff was taken from him by Saruman. Gandalf didn't get his staff back but he has another. A Staff is just a tool. The new staff was given provided to Gandalaf when he got back to Rivendel according to the book. Thus, we can see he has a staff again.

12
What is the function of a Wizard's staff?
10
How could Saruman imprison Gandalf?
6
How did Gandalf get his second staff back after it was destroyed by the Witch-king of Angmar?
4
If Radagast gave Gandalf his staff in The Lord of the Rings, what happened to him?

34
How much of Gandalf's power is tied to his staff?
44
Why does Saruman travel to Fangorn forest?
11
Was Saruman's secret plan settled when he meet Gandalf in Rivendell?
12
In Rivendell, did Saruman try to use his "Voice" on Elrond, Galadriel and Gandalf?
15
In 'The Hobbit: AUJ', why is Gandalf submissive in Saruman's presence?
109
Which seven kings does Saruman think Gandalf wants to control?
61
Why didn't Gandalf know what the Palantir was?
36
What version of the LoTR film shows Gandalf breaking Saruman's staff?
55
Why didn't Saruman break Gandalf's staff on Orthanc as Gandalf broke Saruman's?