What purpose did the hologram technology serve in Civil War?

In the beginning of Captain America: Civil War, what looks like a flashback to Stark's younger days turns out to be spiffy hologram technology that I guess can play memories or even alter them. I already understand why the scene is important to Stark's personal character development since it involves his family and backstory.

What I don't understand is how the new hologram technology impacts the plot or story. When I saw the film I immediately figured the holo-tech would end up being used later on for something, like maybe to deceive or mislead some bad guys with optical illusions or something.

What exactly is that hologram stuff, and did that technology show up again in the film's plot?

During the hologram scene we learn that Tony is not only funding advanced technology to help soldiers with PTSD but that he's lavishing money left and right on all sorts of research projects, primarily to try to assuage his guilt over the damage caused by his decision to create Ultron.

Stark: Bi-neurally Augmented Retro-Framing or "BARF". God, I got to work on that acronym. An extremely costly method, of hijacking the hippocampus to clear... traumatic memories. It doesn't change the fact that they never made it to the airport, or the things I did to avoid processing my grief. Plus, 611 million dollars for my little therapeutic experiment. No one in their right mind would ever have funded it.

The film opens with us finding out that Tony is trying to get back onto the side of the angels by sorting out his long-standing mental health problems, putting his "mad scientist" schtick to one side and becoming a better, less emotionally-stunted person by resolving his daddy issues.

The hologram sequence is a simple way to achieve a range of storytelling goals; re-establishing Tony's character, explaining his PTSD (Post-Avengers), guilt issues (Post-Age of Ultron) and long-standing intimacy problems, mostly stemming from his apocalyptically bad relationship with his father (Iron Man I, II, III), all of which goes toward explaining why he's so immediately willing to accept the Sokovia Accords, placing him in opposition to Captain America.

We also need to be reminded who Tony's father is, as a framing device to tying his life history into Bucky/The Winter Soldier's story.

Seeing how the question has changed, the amended answer is: The technology was not relevant in any way. Not all technology used in a movie (even a superhero movie) has to be used later to justify its existence. The scene it portrays is pivotal to the movie and without it would make only half as much sense otherwise.

Chekov's Gun: Remove everything that has no relevance to the story. If you say in the first chapter that there is a rifle hanging on the wall, in the second or third chapter it absolutely must go off. If it's not going to be fired, it shouldn't be hanging there. 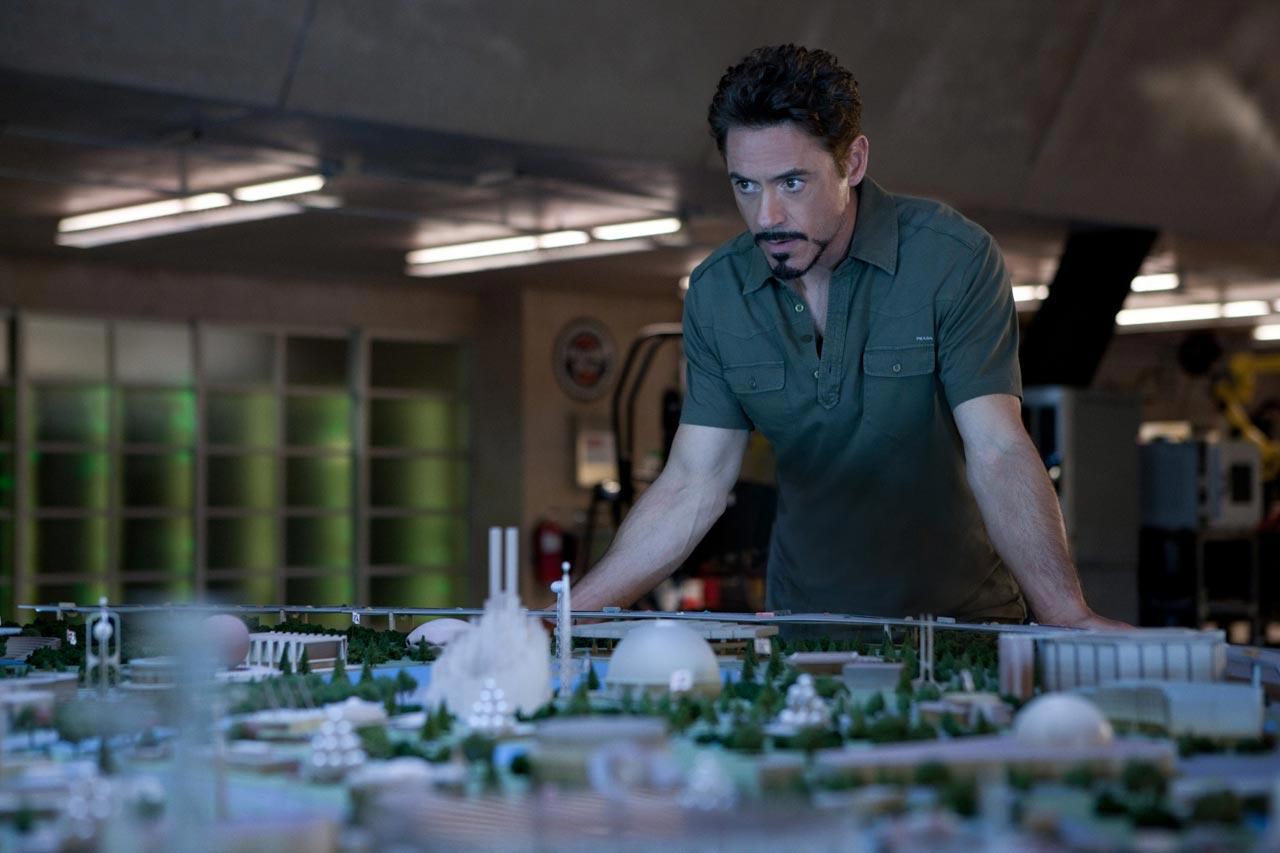 We are to assume this bit of psychotherapy which he spent vast sums of money on, was meant to help him through the issues of his relationships with his parents and their supposed accidental death.

This initial scene sits quietly waiting until the culmination of the third act of the movie for its emotional payload to be released. It is not only pertinent, it indeed explains and alters the course of the movie toward a negative outcome in the relationship of Captain America and Iron Man.

It's purely so you know what Tony's parents look like.

Aside from any other character backstory/development issues, it's important that the viewer have intimate knowledge of what Stark's father and mother look like -- specifically in the era of 1991. This sets up the "reveal" later in the movie when we watch the video of them being dragged out of the car. It's important that the viewer recognize them on sight, be shocked by the recognition, and not have any chance of being confused or debating who they are as the subsequent events play out.

So the holograph is purely a device to get an up-close view of them in that era (indeed, it simulates the exact same day as the video of their attack). An alternative device would have been some other video that Tony made at the time, but it would feel repetitive to use two videos, and also rather unbelievable that he'd made one that exact day (one that he's never had any habit of viewing in prior movies).

The technology itself was not, in fact, used later in the film.

Not the answer you're looking for? Browse other questions tagged marvel marvel-cinematic-universe technology iron-man captain-america-civil-war or ask your own question.