How many of the seven sisters are still alive?

I stopped reading the Forgotten Realms books ages ago as they started coming out faster than I had the means to acquire them.

Of the Seven Sisters I know that Selune is dead as she was killed by a red dragon. That leaves the six others.

So in the most recent timeline, how many of the seven are still alive?

Only three of the Seven still live: Alustriel, Laerel, and Storm.

In Flamerule of the Year of the Lost Keep, 1379 DR, Qilué Veladorn was killed by Halisstra Melarn using the Crescent Blade.

At the time of The Herald five sisters -- Dove, The Simbul, Alustriel, Laerel, and Storm -- were still alive, and they helped Elminster prevent Larloch from obtaining godhood over magic.

In 1487 DR, Dove died from the wounds afflicted to her by Vattick Tanthul, who also perished. After Cormyr's War Wizards were turned against Elminster in the events of the novel, he was killed by a large group of them. The Simbul arrived in time to sacrifice herself and restore his body. 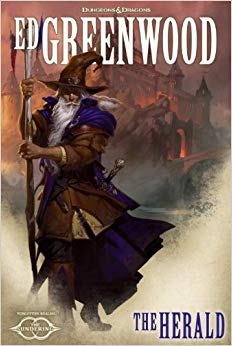 Not the answer you're looking for? Browse other questions tagged forgotten-realms or ask your own question.

15
What are the titles of the short stories about Drizzt?
3
How large are the layers of the nine hells in the Forgotten Realms?
2
Are there any suggestions to read the 'Forgotten Realms' books?