Why is the Westeros map rotated?

In season 6 episode 5 of Game of Thrones, Jon, Davos, Sansa, et al. are looking at a map of Westeros, trying to determine who is friendly to their cause. I didn't notice until I came across a Reddit thread discussing the scene that the map is sideways, with The Wall at the east and The Twins at the west (instead of north and south, respectively). 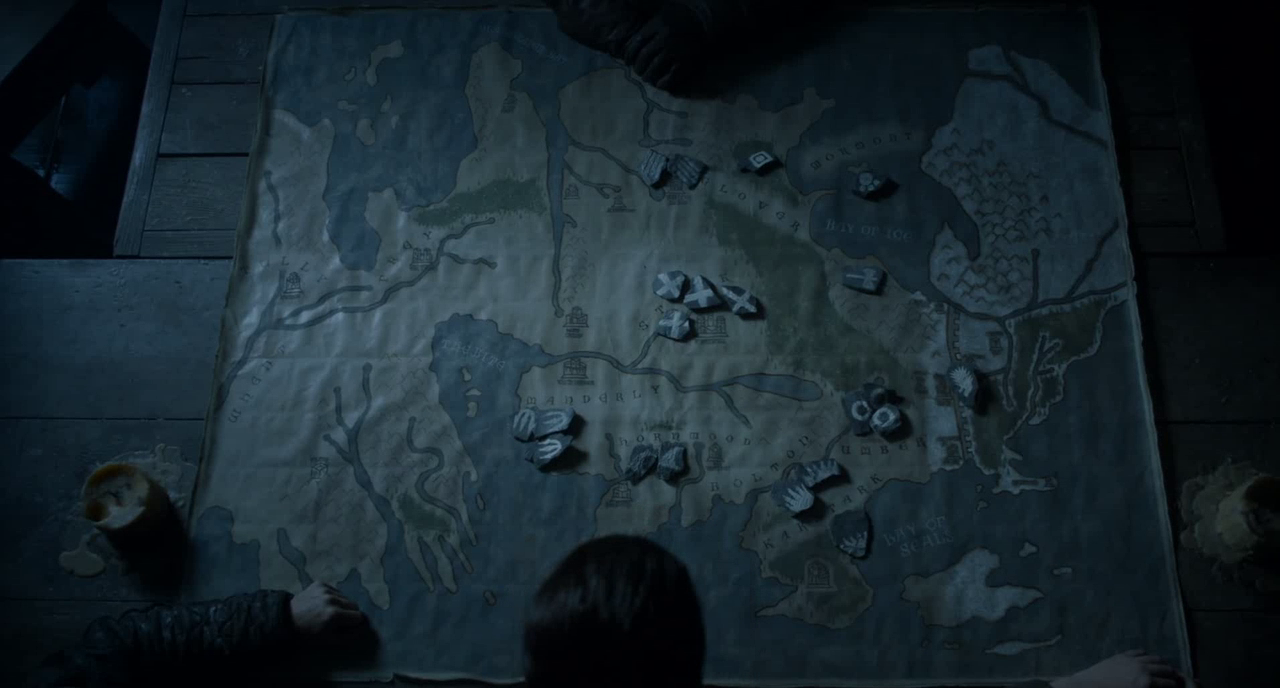 This is not simply a matter of the way we're looking at the map. There are many landmarks noted including "Bay of Seals", "Bay of Ice", "Umber", and "Bolton". The text is right-side up from this angle.

The text can be more clearly seen once the image is cropped and the contrast is increased: 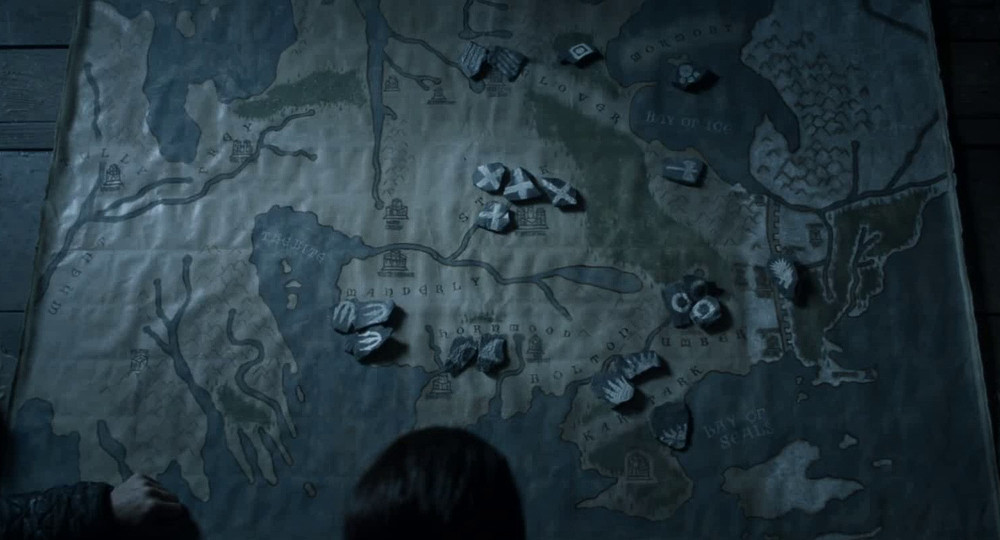 Also, an Imgur thread features a screencap with each location re-labeled with a text overlay, and close-ups of the text on the actual map.

I don't understand why this map was created sideways. Even though maps can be found in any format, all the maps I've seen have the text written to be read with south at the bottom of the map.

I suspect it's because this is the sort of map meant for making military plans. Note the pieces (I think they are simply stones painted with symbols). These would be meant to be moved around the map to reflect the movements and placements of military units.

Westeros is a bit longer north-south than east-west, and rotating the map this way would likely make it easier to move the pieces without having to move around too much. If the viewer were standing at the south end of the map, it would require a bit more of a stretch to reach the pieces at, say, the Wall.

Not the answer you're looking for? Browse other questions tagged game-of-thrones props map or ask your own question.