The story was from a comic that must have been from the early to middle 1960's and it looked at the question why Robin was not called Bat Boy. It seems that Batman had a previous side-kick before Robin who was called Bat Boy who (I guess) must come to an unfortunate end.

Does anyone remember this story? The story wasn't that long. Alternatively, why wasn't Robin named Bat Boy? 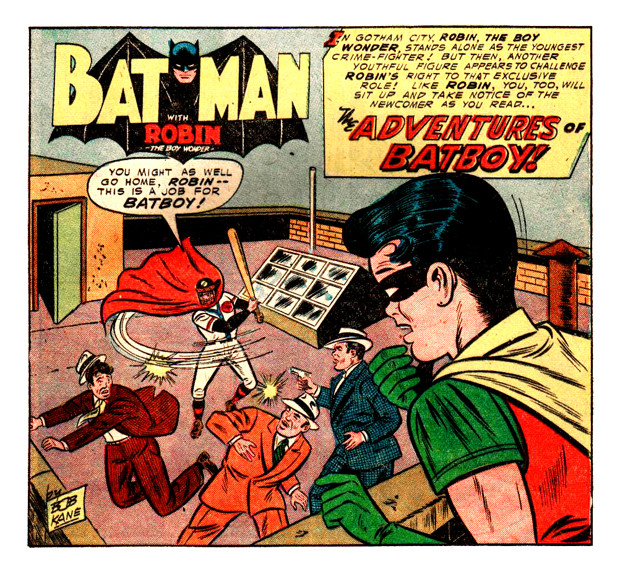 At the end, the titular Batboy (a dime-store vigilante with a penchant for baseball bats) ends up in the prison hospital and vows never to fight crime again.

As to the secondary question, the character was named Robin because he was modeled on Robin Hood.

Dick Grayson and the Robin persona were created by Bob Kane, Bill Finger, and Jerry Robinson. He was introduced as “Robin the Boy Wonder” and took visual cues from the acrobats of the day and Robin Hood the legendary character.
- Artifice

I came up with Robin Hood because The Adventures of Robin Hood were boyhood favorites of mine. I had been given a Robin Hood book illustrated by N. C. Wyeth ... and that's what I quickly sketched out when I suggested the name Robin Hood, which they seemed to like, and then showed them the costume. And if you look at it, it's Wyeth's costume, from my memory, because I didn't have the book to look at.
- The Comics Journal #271 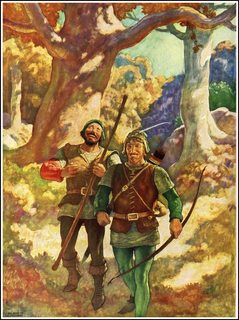 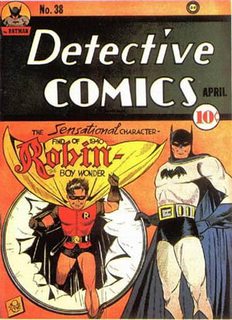 At the time Robin first appeared in 1940, the "Silver Age" convention of making sidekicks a miniature version of the superhero - e.g., "Aqualad", "Supergirl", etc - hadn't happened yet, so there was no real reason to name the character "Batboy".

14
Is there an explanation for why Silver Age Batman used guns?
8
Identify a story in which Watch Tower was crashed on the Moon and Wonder Woman murdered a guy
10
Robin pretends to be evil to get close to a villain
17
Looking for a Batman Comic where Batman had real wings
7
Who is the medium sized Robin?
12
Batman and Batboy: Identify story?
7
Why is Batman acting so out-of-character with Jarro?