Who is this character from Harry Potter and the Goblet of Fire?

During the nomination scene in Harry Potter and the Goblet of Fire, a character steps forward to put his name into the cup. 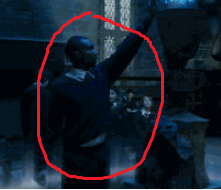 Who is he? Either the character name or the actor will be fine.

We will probably never know.

Edit: I have now ruled out Jamal Hue-Bonner, who was my top choice. I've gone through all the extras and actors with a tooth comb and ruled out as many people as is feasible to do. Paul Chiedozie, Michael Salami and Jamal Hue-Bonner were all credible options. Now they've all confirmed individually that they didn't play this character I think it's impossible to say who did. See below for all the detective work I did to reach this conclusion.

I have a lot of time of my hands this week so decided to take this one on. I'm going to go out on a limb and say that this is as close to a definitive answer as you can probably get. As Cooper says, this guy may just be an unnamed extra in which case there's probably no way to salvage his identity. Nevertheless, there are a few credible options.

My starting point was the cast list on IMDB. From this list Paul Chiedozie seems like the most obvious choice since he looks vaguely like the guy in question and is in the credits as an unnamed Gryffindor. However, Valorum has already checked and found out that it's not Chiedozie.

The most comprehensive cast list that I could find (more so than IMDB) was at Harry Potter Wiki. See, they are good for something after all! Since they list Oreo the crow as a cast member I'm going to take this list as exhaustive. I went through their list of male cast members one by one and eliminated those who can't credibly be thought to be the person in question.

As an aside, even if we find out who the actor is, this character was almost certainly created for this film so I wouldn't count on them having a name. Moreover, he doesn't appear by name in the film's script, which just references "older students".

Anyway, here are the candidates.

I couldn't find a photo of this guy on Google, which is why I'm including him in the running. However, his role (which I love) doesn't make him sound much like Triwizard Champion material. He does have an IMDB page where his only other credit is 'Sammy Lee's son' from Sacrifice (2011). Considering that Sammy Lee (his Dad) was played by Henry Kwok I'm guessing the boy in the gif would never be cast as Henry Kwok's son since they look nothing alike. Definitive proof is I think found in this youtube video of the Yule Ball which features at 1:18 a guy who most closely fits the description of 'clumsy lead violinist' in the film (what he's doing that's clumsy escapes me). I'm 99% sure that this is Jimmy Song:

As with Jimmy Song, this guy didn't show up in Google images. He isn't credited on IMDB. According to HP Wiki, he played Gabrielle Delacour's dance partner at the Yule Ball. The Wiki cites a dance schedule from the film's production as their source. Already not a great fit for our mystery man. I looked through the youtube video referenced above and think I found Gabrielle Delacour dancing with a Durmstrang student at 2:29. We can't say definitively say whether this is Tom Verrchia but whether it is or not he's probably not the most likely choice. 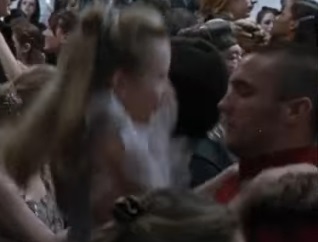 I couldn't find anything about Tom Cox despite heavy Googling. He may or may not be this Tom Cox. Probably not since that Tom Cox doesn't list Goblet of Fire amongst his credits. I did some pretty thorough searching on social media as well and couldn't find a Tom Cox who looks anything like our guy.

Similarly, I couldn't find any info on this guy beyond what's writen on the Harry Potter Wiki. Apparently he was also in Order of the Phoenix and Half-Blood Prince. As with Tom Cox, his Wiki page has a dead link to Casting Call Pro page that apparently no longer exists. And, as with Tom Cox, I checked out the social media accounts of various Aston Scotts and couldn't find anyone matching the visual appearance of our man.

Name: Michael Salami
Role: Ballroom dancer
Verdict: Not him. I checked. But he was a strong contender until he ruled himself out of the running.

Apparently this guy is a legit actor. At least he's been in a number of short films and theater productions. He has a page on StarNow. Today he looks like this. 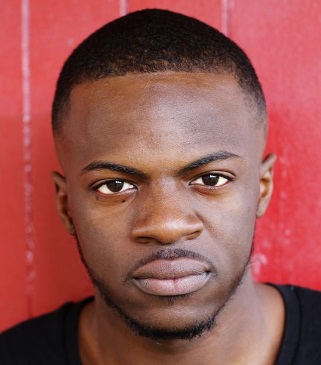 And this is him in the film.

I was already veering away from him because he a) isn't a particularly close visual match to our guy and b) appears in another scene (chances are someone appearing in one scene wouldn't be present again in another). However, I asked Salami on Twitter and he ruled himself out of the running.

Name: Jamal Hue-Bonner
Role: Gryffindor student
Verdict: Not him. He has also told me in person that he did not play this character. He was my top choice up to that point, though.

Here's a couple of recent photos of him. 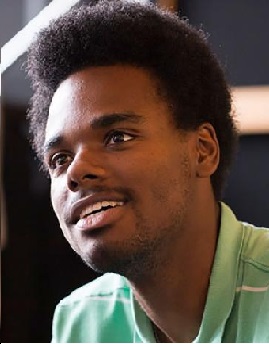 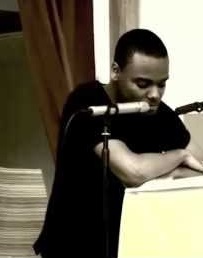 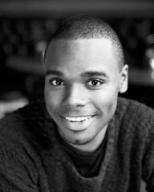 He also appears in this video audition on youtube from 2011. Like Salami, he is now a legit actor who has appeared in other things.

I couldn't find a photo of him from the film which made it harder to judge whether he may have played the character in question. However, like I say, I thought he was out best fit for the character initially. He has the best visual likeness out of the options here and also played an unnamed Hogwarts student - which made him a stronger contender than those extras who played people at the Yule Ball. However, I asked Hue-Bonner via Facebook whether he played this guy and he told me he didn't.

Now that we have ruled out Chiedozie, Salami and Hue-Bonner I think we can say definitively that it isn't possible to answer this question. The character is unnamed in the script and was almost certainly played by an uncredited extra. There is no way of finding them based on the information we have.

Lacking any definitive answers, I'm putting this up here as it may be the closest we can get.

It's quite hard to tell due to the lighting, but after examining the scene in HD, it is apparent that the coloured trim on his Hogwarts uniform is blue. That makes him a Ravenclaw student, and rules out anyone specific from the film's credits as there are no unnamed Ravenclaws there. It may very well be that this particular scene was unscripted, or they always intended to pull an extra out of the crowd to use. As such it may be simply impossible to identify him, short of searching for every single unspecified "supporting artist" listed in the film's credits.

Not the answer you're looking for? Browse other questions tagged harry-potter character-identification or ask your own question.

20
Was there a saxophone in the orchestra at Yule Ball in Harry Potter?
10
How many people put their names in the Goblet of Fire for Hogwarts?