Where did Magneto get his helmet from?

Are these two movies in the different universe or does Magneto have two helmets?

The events of First Class and Apocalypse are in the same timeline / universe. There is no contradiction here. After the events of Days of Future Past, Magneto gives up his mutant life and the Magneto persona to raise a family in Poland and work an honest job. We don't know exactly what happened to his first helmet in the intervening time. After

the death of his new family,

he accepts the invitation to join Apocalypse's cause. Apocalypse demonstrates an exceptional control over matter, and we see him fabricating intricate suits for his Four Horsemen with ease using only his mutant powers. Apocalypse fashions Magneto's new helmet in a similar way, literally out of dust.

Anecdotally, I have two identical copies of the same baseball cap and, as far as I know, all the moments of my life have occurred within a single cinematic universe.

Chronologically, the first one he has is the one he takes from Shaw in X-Men: First Class. Shaw received the helmet from the Russians.

At the end of the movie, he has repainted it, and added some flair. (Note: I am not counting this in my five-count) 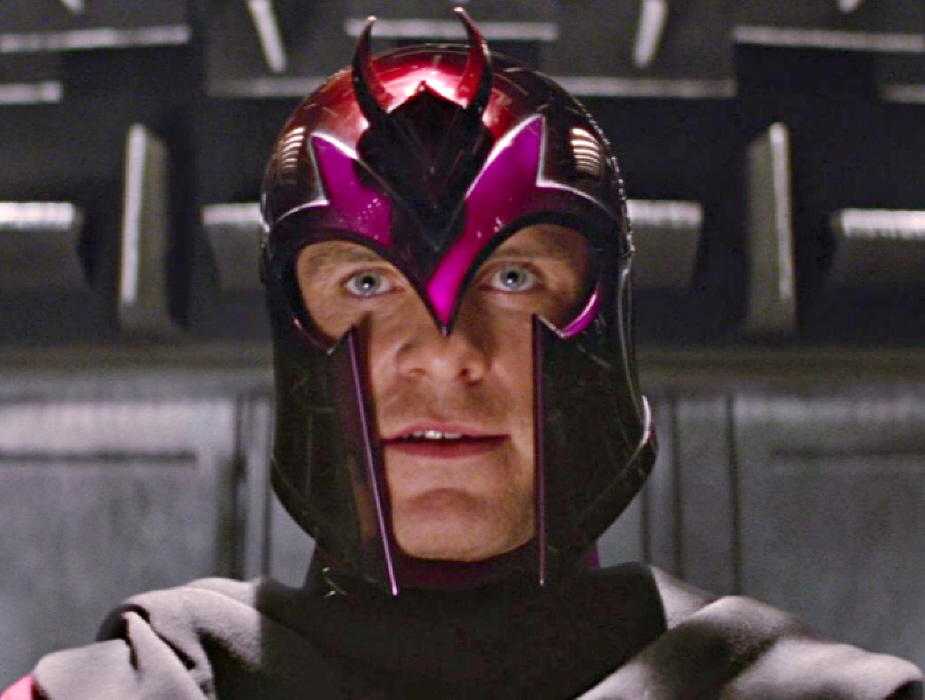 Eleven years later, during the past events of Days of Future Past, Magneto's helmet looks different. Whether or not this is the same helmet, modified again, is unclear. 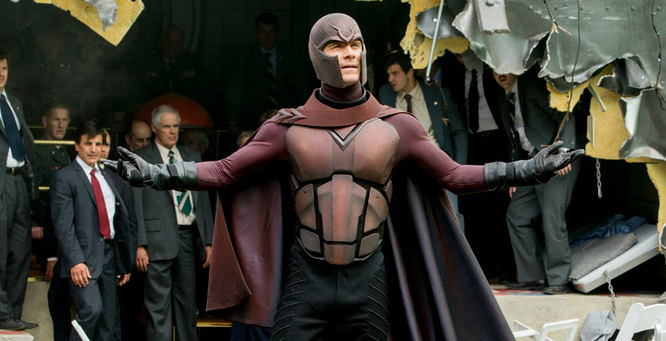 During the events of X-Men: Apocalypse, Apocalypse provides Magneto with a new helmet, seemingly "made" of sand. This appears to be a physically new helmet. The helmet is again, a dramatically different design.

Exactly what happened to his helmet between Days of Future Past and Apocalypse is unclear, but Erik has attempted to abandon his old life and ways. Discarding or even destroying his old helmet doesn't seem out of the question. 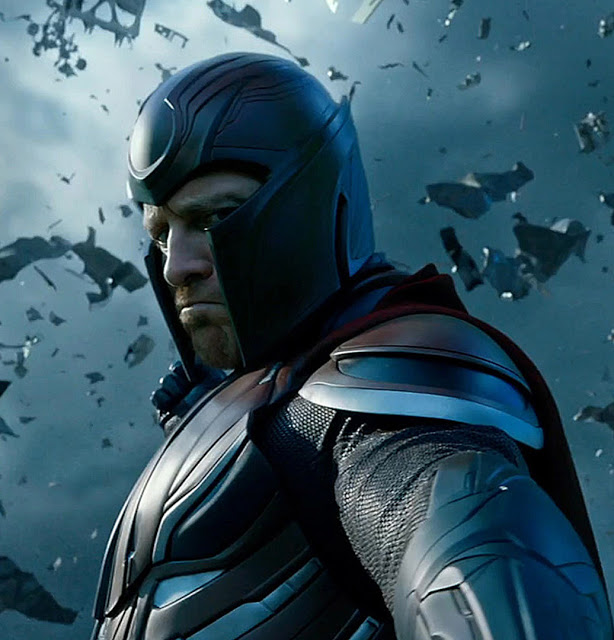 Some 20 years later, Magneto is seen with a very different helmet design. We see Toad painting it from a dull grey to purple, but it's unclear if this was a new helmet (from the DoFP era, since Apocalypse never occurred in this timeline) or a modified one.

In The Last Stand, he has a different design again. It's similar to the one from X-Men, with more contours and more hard edges. 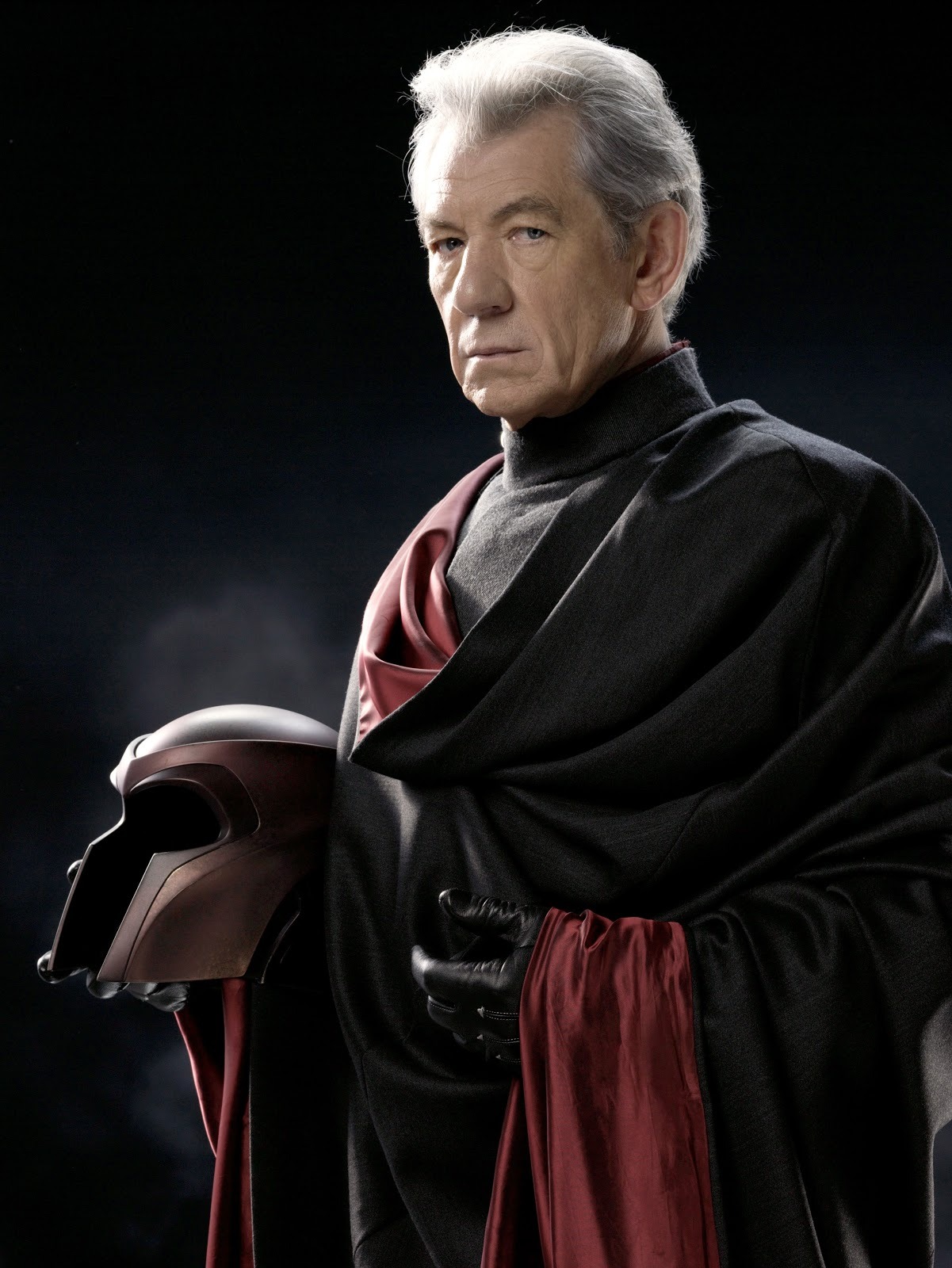 Not the answer you're looking for? Browse other questions tagged marvel x-men x-men-cinematic-universe x-men-apocalypse magneto or ask your own question.

19
In last scene of X-Men: First Class, why didn't Xavier use Shaw against Magneto instead of begging and losing?
6
How did Magneto get his powers back after M-Day?
8
How did Magneto successfully kill Sebastian Shaw?
6
Why does Magneto control the wires instead of Shaw's helmet?
11
Did Bryan Singer make up the idea that Magneto's helmet blocks telepathy?
3
Who are the "fittest" in Apocalypse's vision of the future?
11
In the X-Men cinematic universe, is Apocalypse the first mutant?
9
Is Charles Xavier the only one whose powers were not permanently affected?
4
Does Magneto really need to point his hand while using his powers?