What Are the Origins of Chocobos From the Final Fantasy Universe?

As any players / fans of the famous video game franchise Final Fantasy can tell you. Chocobos are a big part of the Final Fantasy universe, well maybe not such a big part as they are just a necessity to the universe's workforce. 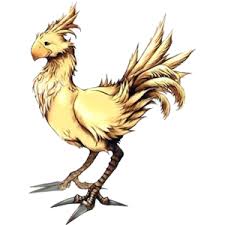 Chocobos are similar to horses in the way that

But I would like to know is there a origin story for the chocobo? Or any ancient history involving chocobo-like creatures that could have influenced their creation?

The chocobo was created and designed by Koichi Ishii, a video game director who worked on various Final Fantasy titles. The chocobo appears remarkably similar to and was likely inspired by the prehistoric bird Gastornis. –Wiki

Gastornis is an extinct genus of large flightless birds that lived during the late Paleocene and Eocene epochs of the Cenozoic era. –Wiki 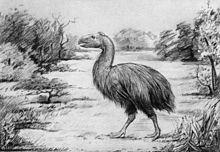 Other possibilities include Kyorochan, a character in television advertisements for Morinaga & Company's chocolate candy, and Hayao Miyazaki's Horseclaws, which were inspired by the Gastornis.

Not the answer you're looking for? Browse other questions tagged history-of animals final-fantasy or ask your own question.