In some of his more recent appearances, Hawkeye sports either glasses or goggles of some sort. 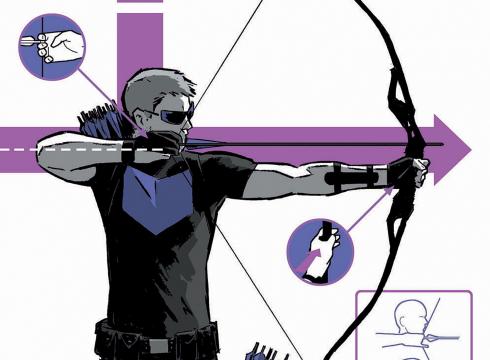 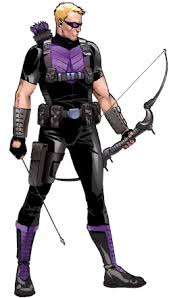 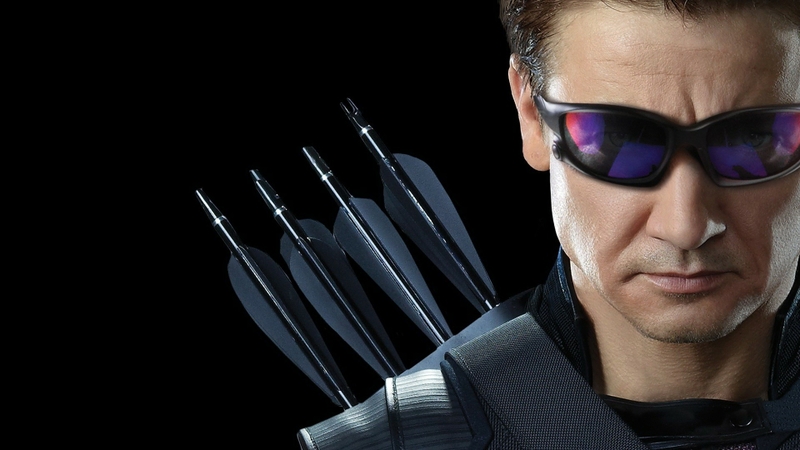 In any continuity, is his eyewear special in anyway compared to normal glasses? Or are they just regular, if stylish, sunglasses?

It's hard to prove a negative, but I've never heard anything about Hawkeye having special glasses.

To back this up, I engaged in Google-Fu. I found a lot of sites 'hawking' replicas of glasses he wore in the movies, but the only result that actually had anything to do with the character was this particular question.

He's probably just wearing shooting glasses. Shooting glasses are sunglasses that are polarized to reduce glare and allow the shooter to better focus on their target. They also double as safety glasses to protect the shooter's eyes.

I checked, and shooting glasses are indeed used in archery. In that article, an employee of a company that makes such glasses says:

Pilla shades have a calming effect on archers, Milbury believes. “By managing the light properly, archers give their eyes the opportunity to relax. Thus the muscles in their face and neck will be more relaxed, giving them a better and more consistent form when drawing their bow. It’s also a tremendous mental benefit, especially with high-stakes competition. The glasses protect from glaring light, dust, wind and many other distractions, allowing archers to focus better and for longer periods of time.”

Since the Olympics are currently underway, here's an image of this year's Men's Archery Individual gold medalist, Ku Bon-chan of South Korea, wearing what appear to be shooting glasses: 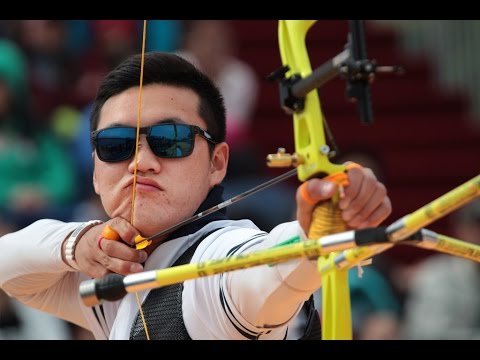 Not the answer you're looking for? Browse other questions tagged marvel marvel-cinematic-universe costume hawkeye or ask your own question.

12
Are there any geniuses in the Marvel Universe who are not superheroes?
26
In Avengers, how plausible is Hawkeye's archery proficiency?
8
What is Hawkeye's association with the colour purple?
20
Is it known what the markings mean on Drax The Destroyer's body?
13
Why are heroes without supernatural powers considered “super” heroes?
12
Are the senior Kree wearing make-up?
7
What did The Other mean when it told Thanos "[the Tesseract] is located on a human world" - "a" human world, not "the" human world?
5
Is Moon Knight TRULY mystically enhanced, or is it just the "power of crazy?"
5
Are Knull's dragons symbiote-infected dragons or symbiotes in the form of dragons?