Where is the napalm falling?

In The Walking Dead, Season 2, Episode 5 - Chupacabra, we see a flashback of Shane and Lori on the outskirts of Atlanta, watching as military helicopters drop napalm in the streets. 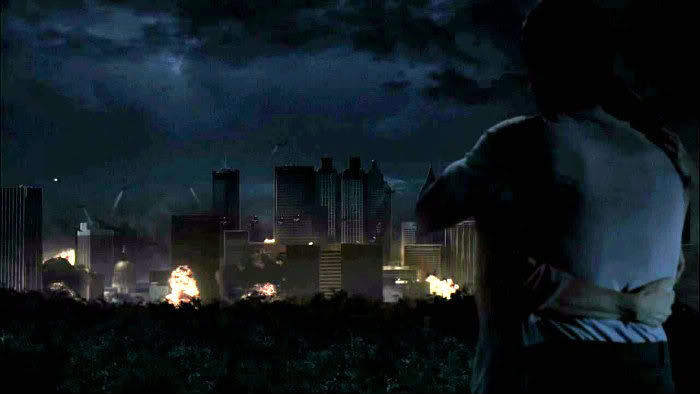 I identified the buildings in the shot and mapped them out on Google Maps, and came to the conclusion that the shot was a composite, because I couldn't imagine any vantage point that would provide this view of the city. Then Loong posted an almost identical shot: 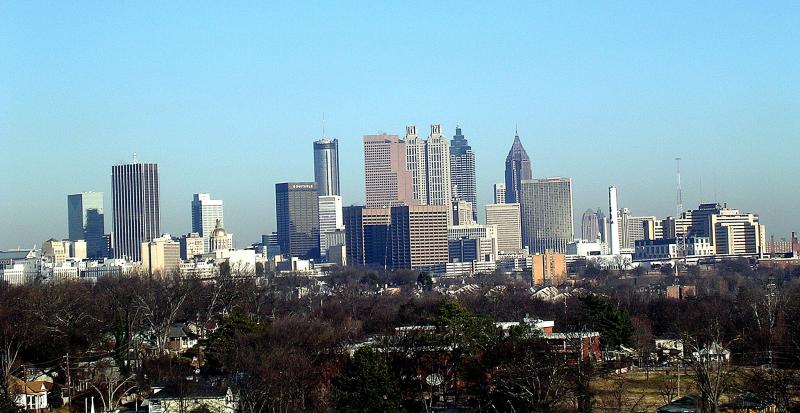 The fact that this vantage point actually exists means I can ask the question I had in mind:

Where in Atlanta is the napalm falling?

Video and Screencaps of the scene: 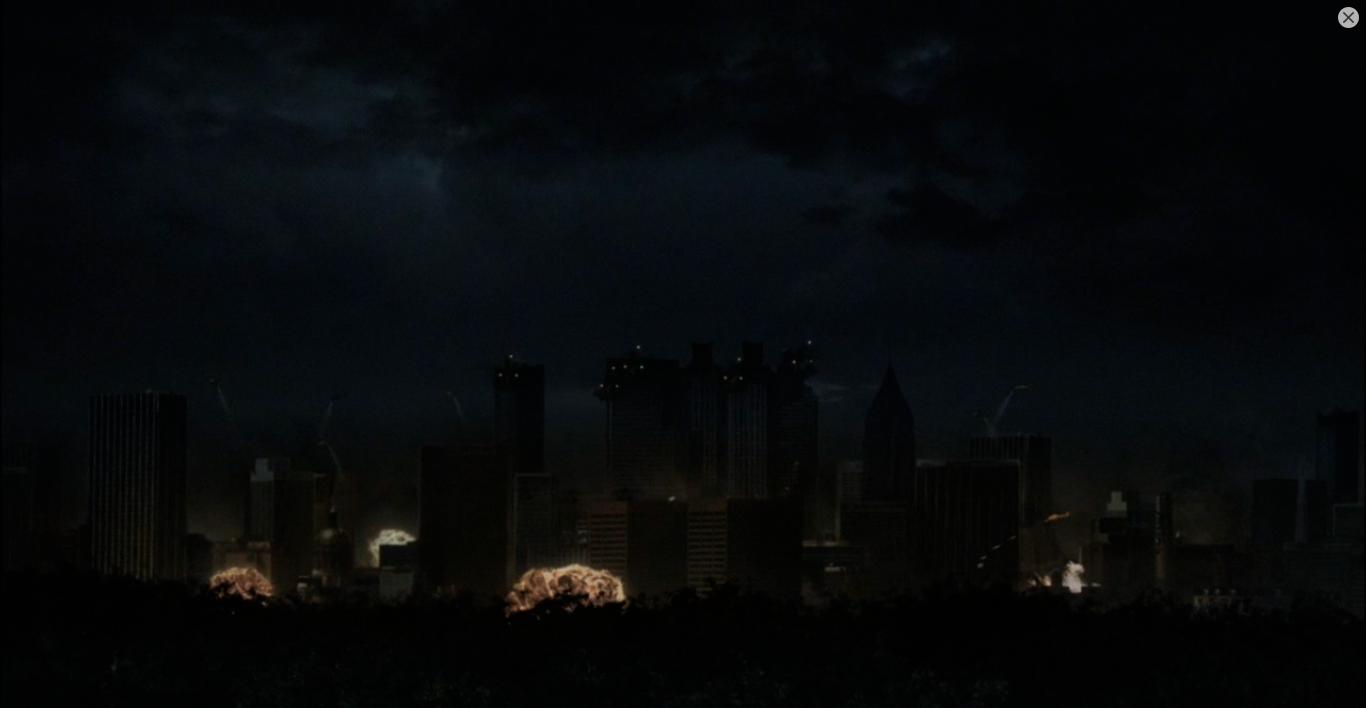 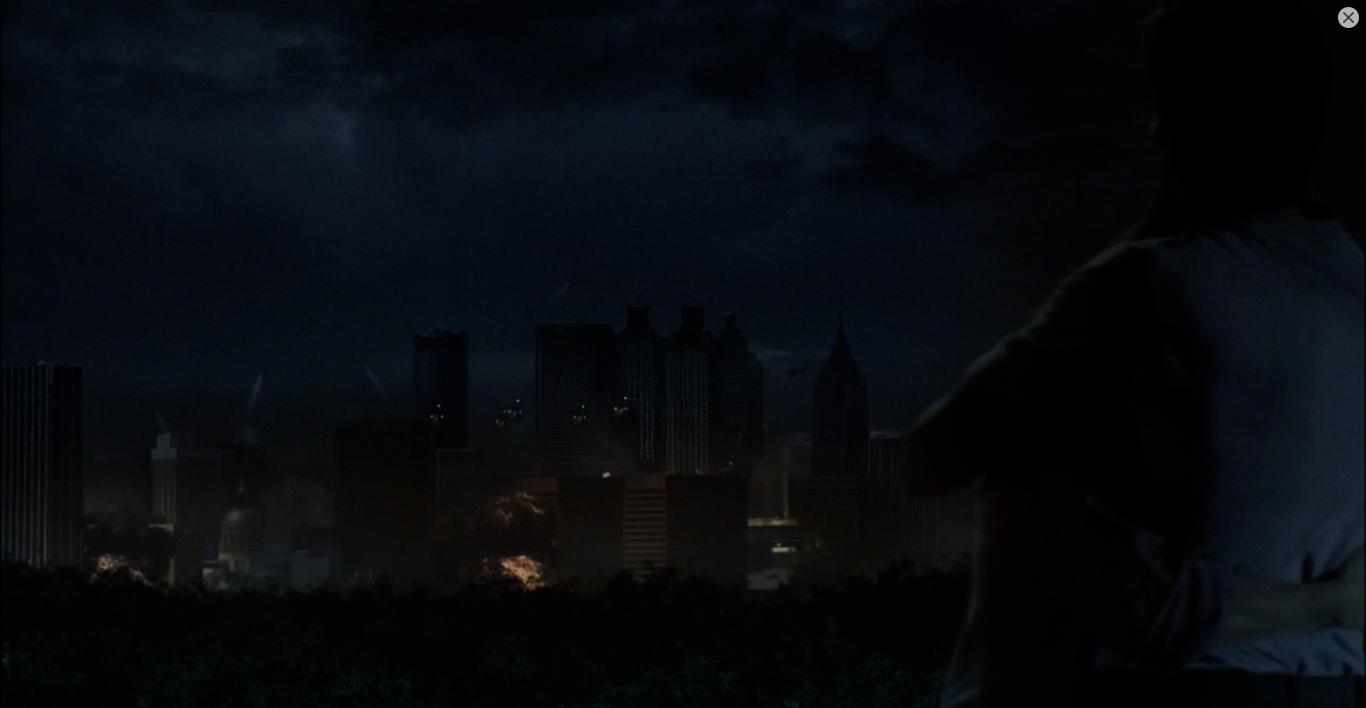 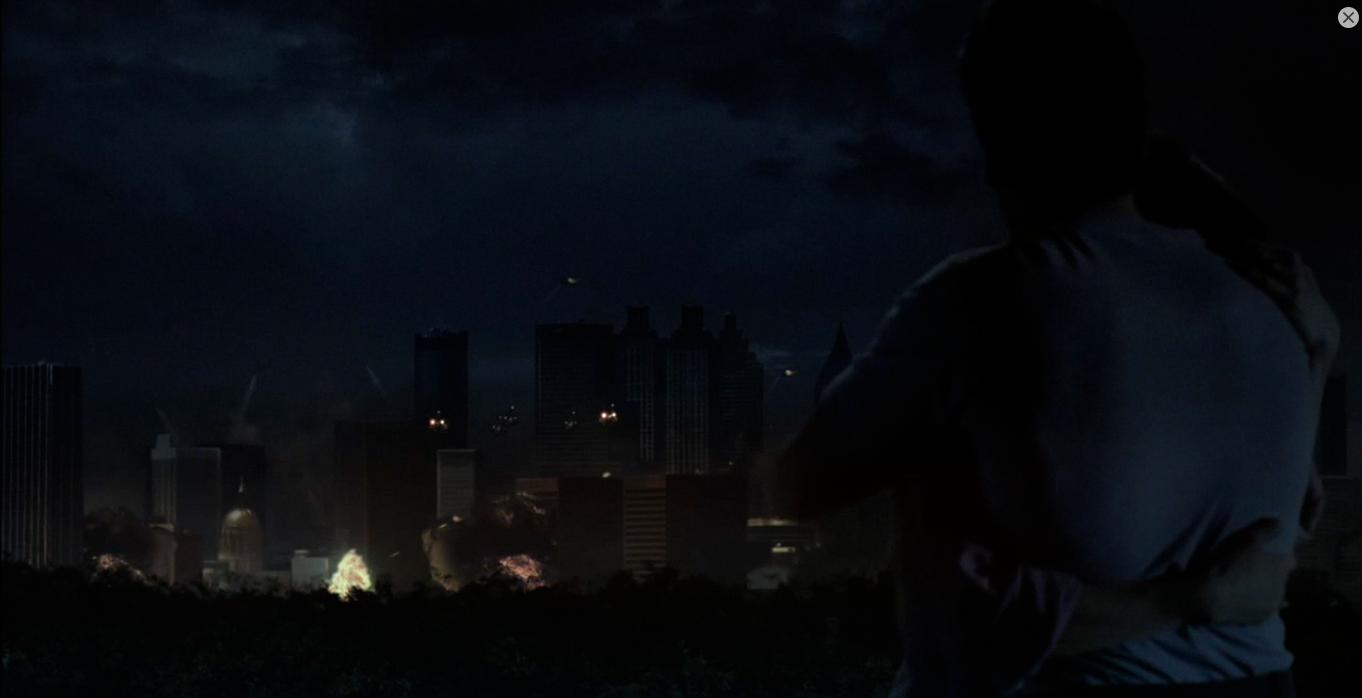 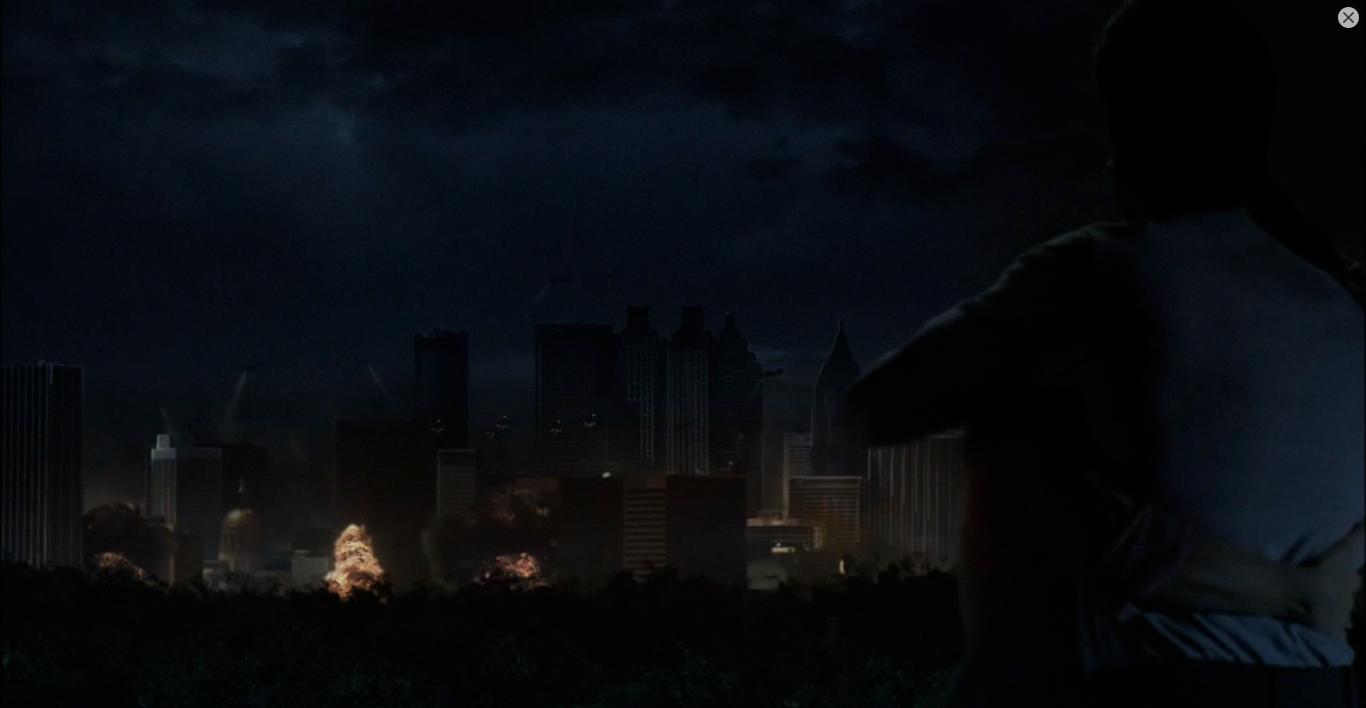 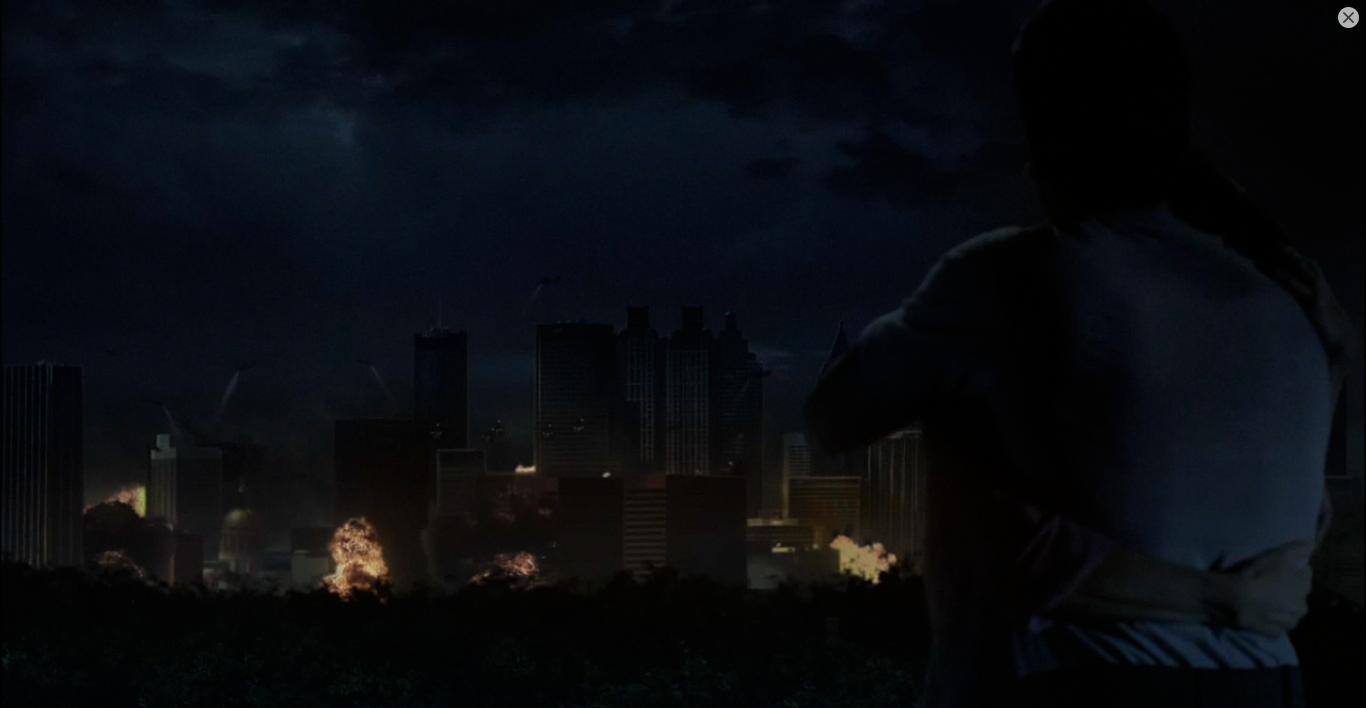 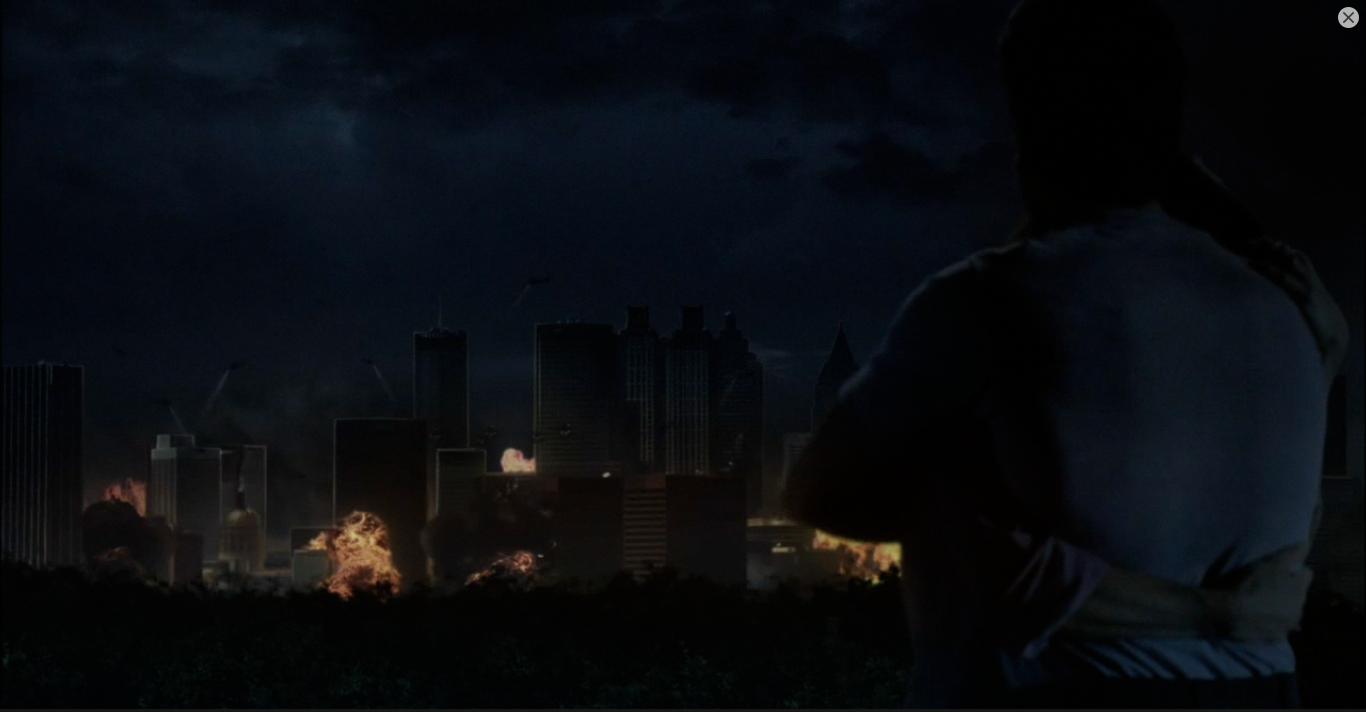 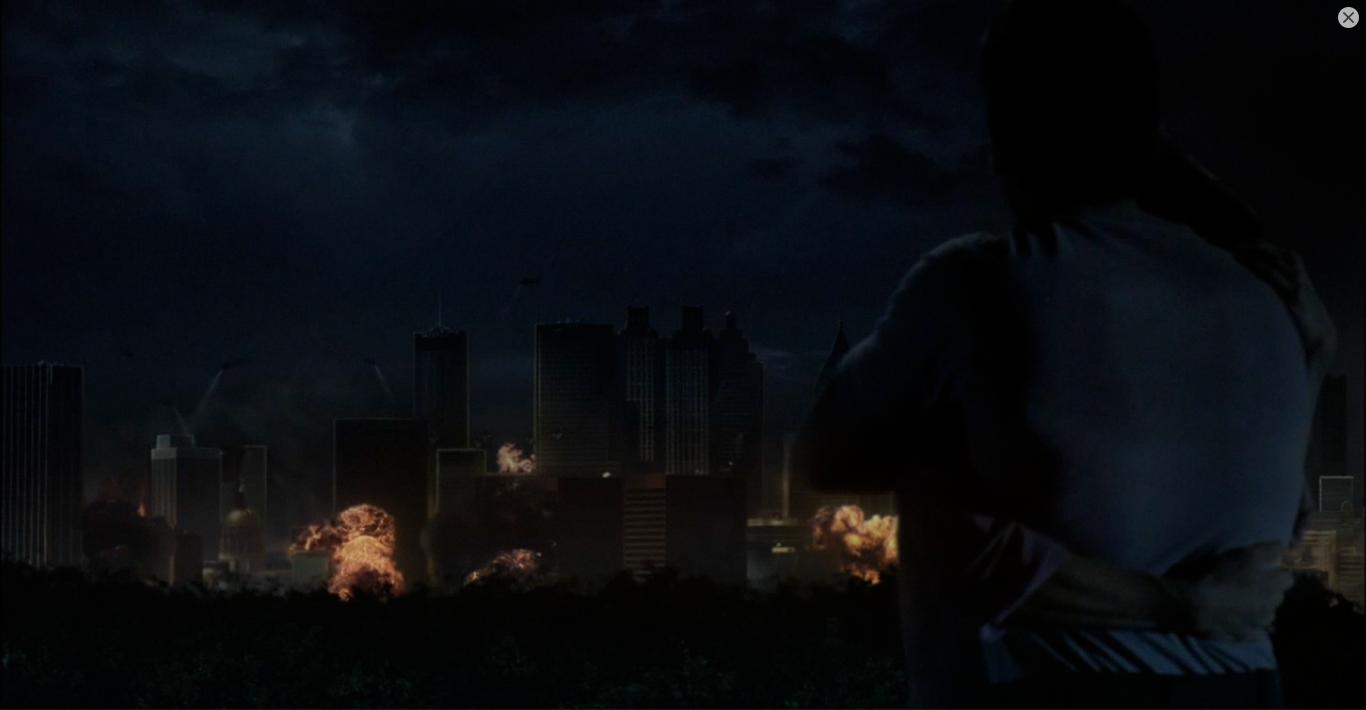 When I first looked at the image I assumed it was a composite as well, until I took a look at the city in Google Maps. By rotating the map until I found the correct orientation, I was forced to rely on my experience in the military to make sense of the targets. 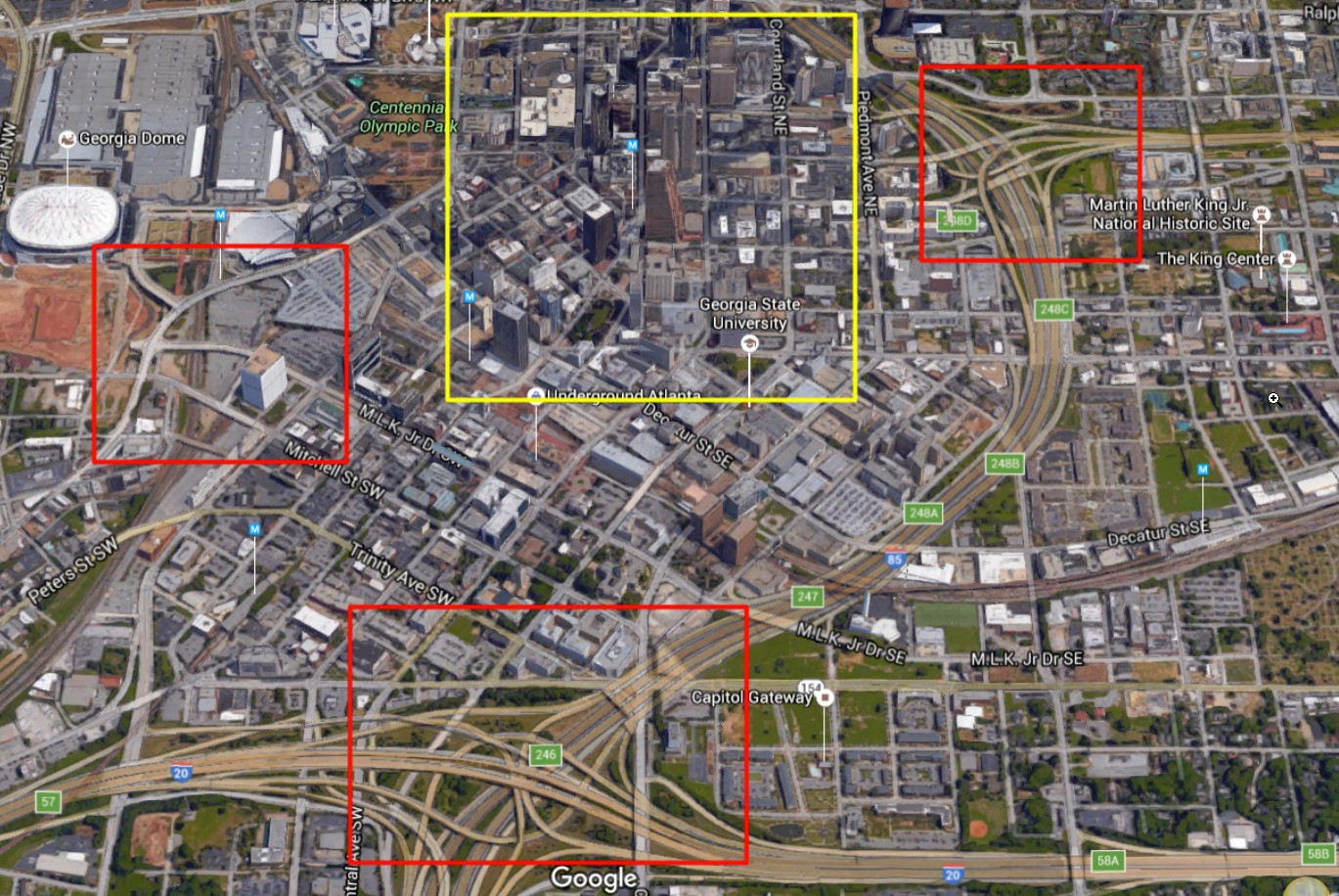 Given the angle of the camera and the locations lit by the bombings it is safe to assume these were infrastructure attacks meant to slow the escape of people and presumably the vectors for the disease. They used napalm to destroy the bodies of the dead as completely as possible.

Note: The map is rotated to the same orientation as the viewer in the video with the viewer at the bottom of the map, facing toward the central city. The locations for bomb drops occur at the apparent distances necessary for all four major arteries out of the city.

Not the answer you're looking for? Browse other questions tagged the-walking-dead real-location or ask your own question.

27
In The Walking Dead, where do the survivors get gasoline?
17
Where do the events of The Walking Dead take place?
5
Where abouts is the Broken Empire Trilogy set?
35
Where is Godric's Hollow?
8
Where in Moscow are the Watch offices?
1
Where was the castle in Heaven Sent?
19
Where is Metropolis?
2
Where is Crescent Moon Bay?