Why is Beast an Avenger?

In the preview for Avengers vs X-men, they show a 'line-up' of Avengers and X-men. One of the Secret Avengers listed is Beast, an X-man. 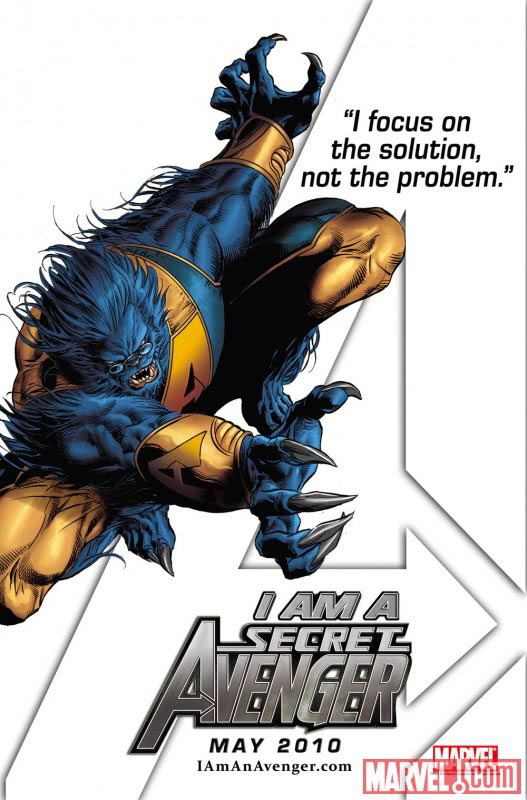 This seems a little unexpected; is this something already revealed in the comics, or is it 'to come'?

Beast, one of the original X-Men, joined the Avengers in Avengers #137 (July 1975), which is around the time that the second generation of X-Men debuted, which excluded original X-Men Beast, Iceman and Angel. He stayed with the team until issue #211 (September 1981), leaving them to join the Defenders (1985) and X-Factor (1986).

Beast returned to the X-Men in 1991 and stayed with them (as a member of their Blue team, and later in the series New X-Men and Astonishing X-Men) until his departure in Uncanny X-Men #519 (February 2010). Beast left due to disagreeing with how Cyclops was leading the X-Men, namely his militaristic methods and allowance of Magneto on the team.

Beast then joined the Secret Avengers (July 2010), where he is still a regular member. And as a result of the recent Schism storyline, where a larger faction of X-Men led by Wolverine similarly disagreed with Cyclops methods and split off to form a school in Westchester, Beast has returned to the X-Men in the comic Wolverine and the X-Men (December 2011).

Over time in the Marvel Universe, many characters moved from X-men to Avengers and back again. Beast was one them.

The Marvel Universe - Secret Avengers page confirms Beast's membership as a result of it's formation following the Superhuman Registration Act.

There also appears to have been a falling out between Beast and the X-Men over the return of Magneto to their ranks in the Nation X story arc where he leaves the team again (Uncanny X-Men #519). This appears to be the last formal parting of ways from the X-Men.

Of course, given the complexity of the Marvel universe, the Marvel Universe - Beast page doesn't cover this particular story thread, but I think that's incidental.

20
Why is Wolverine drawn on Avengers side in AvX Program Guide?
10
Who else is both an X-man and an Avenger?

4
Why has Namor joined the X-men?
4
Is Beast a Secret Avenger or is he a Vice Principal?
5
What titles are involved with Avengers Vs X-men?
10
Who else is both an X-man and an Avenger?
2
Jim/The Human Torch in Secret Avengers?
7
What are the main differences between the numerous Avengers comics
3
Where does Beast bring 5 original X-Men from past to present?
10
Is the film line up of The Avengers taken from the comics?
8
Why was Beast suprised by the cure in X-Men 3?