Was there really hype around Jar-Jar Binks before the release of The Phantom Menace?

In the Fanboy movie, there is this scene where a man proudly shows a Jar-Jar Binks tattoo he got.

For those who don't know about Fanboy, the action takes place before the release of Star Wars: Episode I - The Phantom Menace and that guy was just thinking Jar-Jar would be the best thing since sliced bread. (Most people now wish they could slice Jar-Jar like bread, but that's another story.)

Did the hype around The Phantom Menace get to the point where some people actually though Jar-Jar Binks would be awesome?
Was there a big merchandising campaign around this character?
Is there someone that actually got a Jar-Jar tattoo before seeing The Phantom Menace?

I don't know that anyone was convinced that he would be awesome, but he had a similar amount of marketing push behind him as all the other characters had. I don't recall him having a highlighted push of any sort, but there was plenty of Jar Jar being pushed on fans. Some examples: 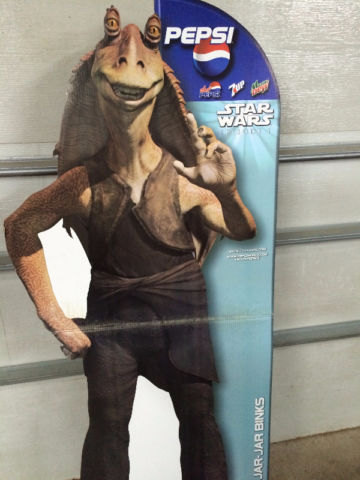 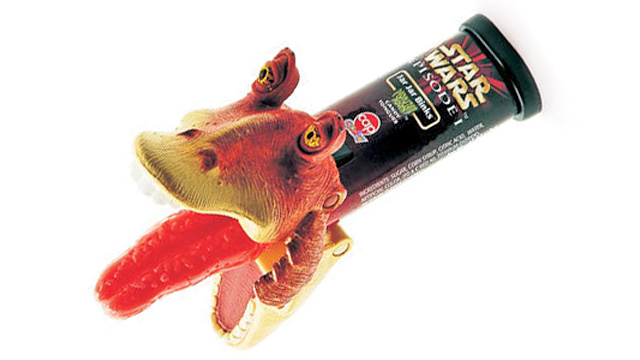 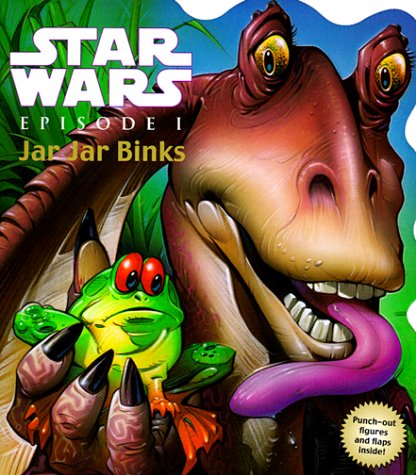 He also had his own Tone Poem commercial

As I recall, despite there having been CGI characters before (e.g. Jurassic Park), Jar Jar was the first fully-integrated CGI cast member in a film. He would interact physically and verbally seamlessly with the rest of the cast. He was a technological marvel in film making. The technology behind him and the rest of the film were heavily promoted. The original trilogy set a very high bar for special effects in films and the new films did the same.

So his (well-deserved) hype was more about the underlying technology. Technology that would lead to Gollum, Benjamin Button, and Kevin Flynn, to name a few.

I recall watching an interview with Lucas before the release. He was very excited about the character. He was also quite ticked when all the criticism was leveled at Jar Jar after the release.

Not the answer you're looking for? Browse other questions tagged star-wars the-phantom-menace jar-jar-binks fans or ask your own question.