I'm not sure where I saw this cartoon, but I know it's a short skit about a little green alien who goes to Earth and everyone thinks he's a monster, so to hide his identity he puts his antennae on his face to look like a nose. There is also a part where there is a newspaper clipping saying "beware of monster", with a vague picture. He spends his time trying to hide from the monster, until a boy points out to him that he is in fact the monster everyone is scared of. He then goes back to his planet.

I believe this is what you are looking for: Martian through Georgia

To quote the article:

As the Martian passes a red haired boy reading a comic book, the boy says "Hello, Monster" directly at the Martian. Confused as to what the boy said, the Martian asks the boy why he called him "monster," to which the boy points out something he'd found in his comic book: a page that informs the reader that a space monster has no nose, which the Martian doesn't have. The Martian gets the idea to remove his antenna and put it on his face to pass it off as a nose, but the boy just says "Goodbye, Monster."

Not sure how long it will be there (due to copyright), but there's a YouTube version of it currently available. It was posted in April of 2011, so I'm thinking it's not a high priority to remove; it's also a 50 year old cartoon. When that inevitably comes down, it's also available on the Looney Tunes Golden Collection, Volume 6, Disc 4. Ok, it's long since come down, but here are some screencaps to help confirm it's the right cartoon. 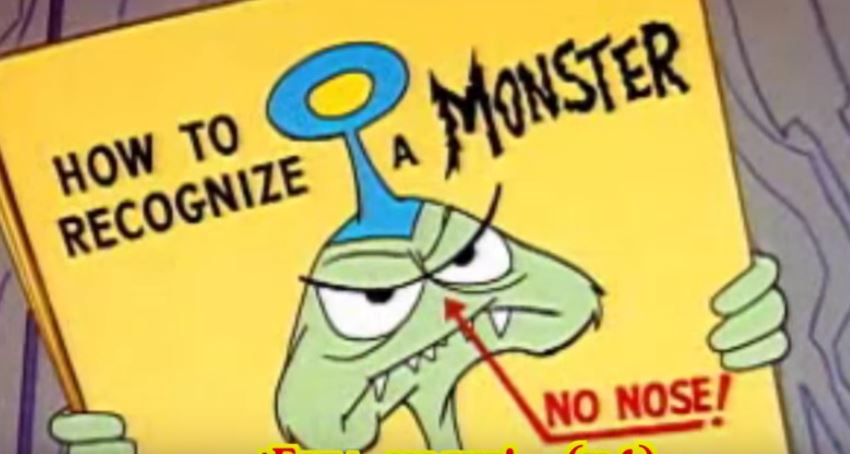 Then, there is the monster coming up with a solution: 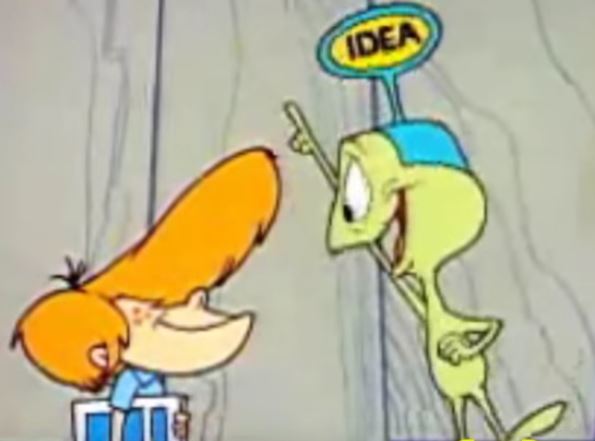 And, the antenna as a nose: 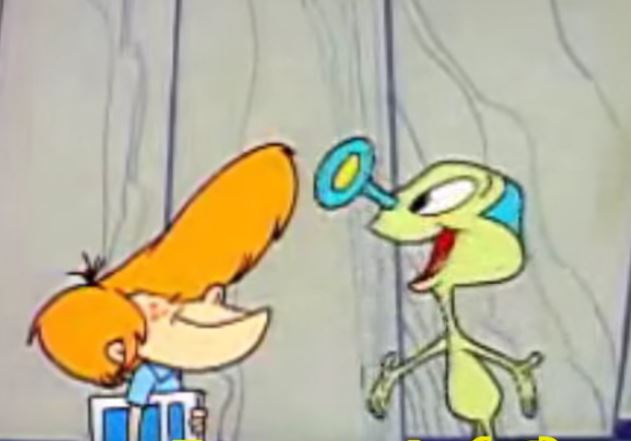 3
Where do the Adventure Time comics fit with the cartoon?
2
Cartoon with bug-eyed alien, blond guy, black-haired girl and old scientist?
3
Cartoon about an alien that came to Earth, and is helped back to his home planet by a boy
6
TV series: girl becomes a mermaid by rubbing a gel on her legs, brother grows into a man in one day
12
Movie with elfin characters, a girl having a vision, and an adventurer boy
6
Cartoon from 90s-2000s about alien who is stranded on Earth and has a son with a woman