Can a tractor beam suck up an entire city like New York?

Have tractor beams ever been used in Star Wars to destroy things at all?

Yes, although it (probably) won't be in one piece!
In the Legends' Dark Empire comic book series (and mentioned elsewhere in Legends EU), the Empire built the World Devastators:

A Devastator's primary tactic was to land on the surface of a planet. There, its mighty tractor beam projectors would literally tear the planet beneath it apart, thus making them "planet killers."

The most obvious example of this comes when a group of the 3km machines were tasked to attack Mon Cal: 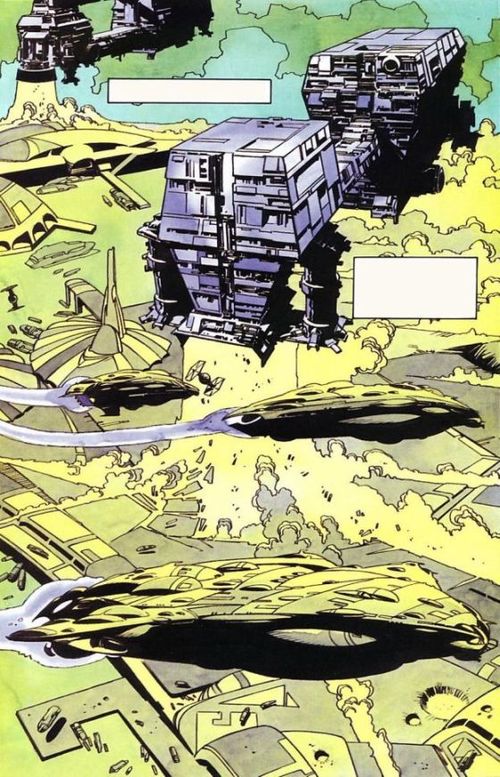 ... although sometimes they just needed a light snack, and munched on Star Destroyers: 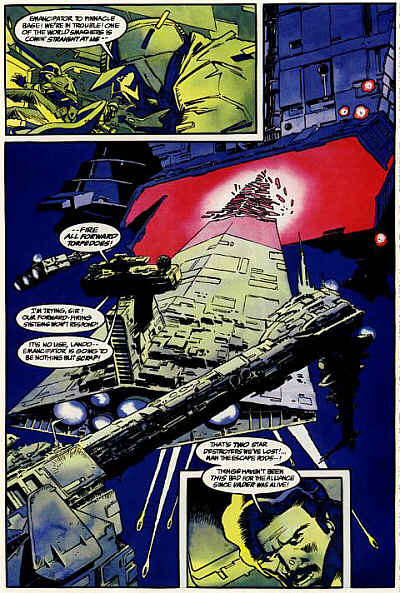 7
How did they dig the big trench in Star Killer Base?

20
Why didn't they use the extra cannons on the Millennium Falcon?
19
Star Wars fan website with false claims
24
Was Lando trying to warn off our heroes?
82
Safety railings in the Star Wars universe
17
Are droids hackable in the Star Wars universe?
26
Why was the Death Star's tractor beam not used as a weapon during the battles?
10
How force-powerful is Anakin?
3
Can a tractor beam be altered to push instead of pull?
33
Why doesn't Chewbacca learn to speak Galactic Basic?
10
Do any expanded universe works acknowledge the high risk taken by the protagonists at the beginning of “Return of the Jedi?”